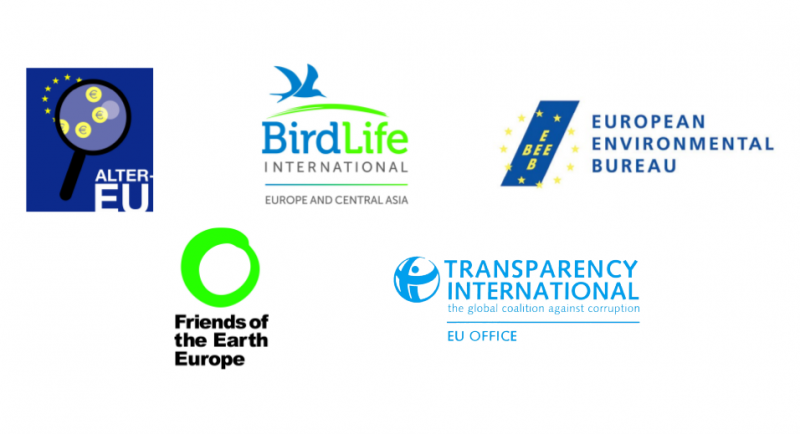 A coalition of civil society groups working on lobbying transparency and ethics regulations have called on European Commission Vice President, Frans Timmermans, to wait until the European Parliament and the public have had a chance to comment before introducing new rules on advisory groups, formally known as Expert Groups

The European Parliament, the European Ombudsman and civil society groups have all been putting pressure on the European Commission to reform its Expert Groups. However, the Commission has consistently resisted, instead making piece-meal changes and avoiding the structural imbalance of its groups in favour of big business. The Commission has now drafted a new set of rules, but has not consulted either the European Parliament or the public. And sources inside the Parliament say they fall far short of what's needed. To try and make sure the Parliament and civil society have a say on a once-every-five-years opportunity, ALTER-EU, BirdLife International, European Environmental Bureau, Friends of the Earth Europe and Transparency International EU Office have written an open letter to Vice President Frans Timmermans asking for a public consultation:

Re: changes to the rules of procedure for the European Commission's Expert Groups

We are writing to you as civil society organisations regarding the updating of the Commission's Rules of Procedure (RoP) for Expert Groups.

We welcome the Commission's decision to review the horizontal rules governing Expert Groups, as it has been a long-standing demand of not just civil society, but the European Parliament and, more recently, the European Ombudsman.

However, the timing of the process and the closed manner in which it is being carried out – not including either the Parliament or civil society – are particularly worrying, especially given the long-standing involvement of the Parliament and the report being currently written by the Budget Control Committee on the topic.

Therefore in keeping with President Juncker's transparency agenda, we ask that the draft new rules are made public, and that both the Parliament and civil society are able to comment before adoption.

In the case of the Parliament, this would also entail waiting for the upcoming Budget Control Committee report to be released, taking its findings into account.

In the case of civil society, this would entail organising a public consultation on the rules of procedure across all Expert Groups.

As you have indicated in your Communication on Better Regulation, new policy processes benefit from a public consultation.

And given the significant impact this initiative has on the working methods of all Commission Expert Groups, and that participatory democracy is considered a priority issue for both the Commission and the undersigned, we believe the reform of the RoP therefore qualifies it as a ‘major initiative’ under which public participation is required.

We hope that doing so and  will allow this important review to resolve a long-standing issue, one on which the Ombudsman has investigated and issued recommendations, which we imagine will also be taken into consideration in any draft RoP proposal.

Coordinator of the ALTER-EU Working Group on Expert Groups