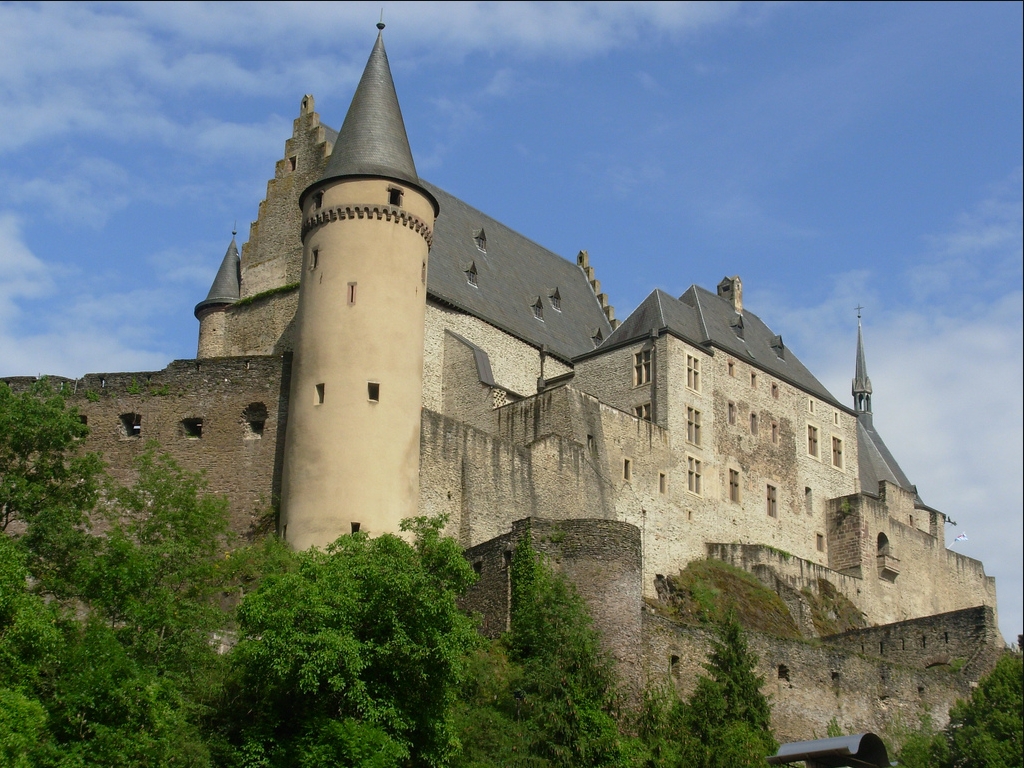 Tackling tax evasion: will the Commission listen to anyone but industry?

As the European Commission closes the application process for its new Tax Good Governance Platform in the midst of more scandalous news of offshore tax avoidance and evasion, it needs to learn from past mistakes and not allow the Platform to become a lobby tool of the financial industry.

Tax havens have been in and out of the news in recent weeks and months, thanks to the work of the Washington-based International Consortiumof Investigative Journalists (ICIJ). The scandals that have engulfed politicians in Europe and the rest of the world are likely to continue as the the pressure from '#offshoreleaks' is leading to more tax havens making their books public. The result will bring to light yet more of the world's rich and powerful who have excelled at avoiding their fair share of tax and contributing to society.

European states have been and will continue to be at the heart of it: either member states acting as tax havens themselves (such as Luxembourg or Cyprus), indirectly through their overseas territories (e.g. the British Virgin Islands), or their own financial industries creating the innovative products to drive profits offshore (see for example Dutch banks ING and ABN Amaro – or any firm in the City of London for that matter).

The reaction from Brussels has been clear: the Commission has said EU member states 'must tackle tax fraud', while the Council President, Van Rompuy, had managed to get the issue on the agenda for the next EU Summit on 22 May in the Belgian Capital. Tax policy is mainly the responsibility of member states, taking place at the national level, so the Commission may be correct to point the finger at member states, but the it still has an important role in monitoring, encouraging and advising member governments, as well as wanting to be seen publicly to be providing political leadership and sending out the message that it takes the problem seriously. Hence why it made a very big song and dance about its recently-launched Tax Good Governance Platform.

Using its full name, the Platform for Tax Good Governance, Aggressive Tax Planning and Double Taxation has the official remit of “Tackling aggressive tax planning and clamping down on tax havens”.

The group of experts that make up the Platform will advise the Commission on what 'tackling' and 'clamping down' should mean in practice, and the application process ends just two weeks after opening, closing on Wednesday 8th May (unusually short, especially as the Commission has actually been planning this Platform since December).

According to Algirdas Šemeta, European Commissioner for Taxation, Customs, Statistics, Audit and Anti-Fraud (aka DG TAXUD), the platform will “keep Member States on their toes. It will ensure results mirror expectations when it comes to fighting tax evasion”.

But if the Commission's previous Expert Groups on clamping down on tax havens and aggressive tax planning are anything to go by, there is a real risk that its bark will be stronger than its bite, i.e. strong words but not actions.

Tackling tax evasion is not new to the Commission, and nor is the idea of bringing together 'experts' to advise it on what to do. However, research in 2009 by the Alliance for Lobbying Transparency and Ethics Regulation (ALTER-EU), of which Corporate Europe Observatory is an active member, shows how previous efforts have been captured by industry interests and produced weak outcomes1. The main group focused on was the Expert Group on Taxation of Savings (a.k.a. The EU Savings Directive – EUSD – Group), created in 2007 to review the EU Savings Tax Directive, which was intended to put pressure on national governments to tax the savings of citizens using offshore havens:

According to Richard Murphy of the Tax Justice Network, “Some of these organisations are blatantly trying to undermine the effectiveness of the EUSD”, and yet were still asked by the Commission to come and advise it2. Unsurprisingly, many felt the eventual revision in 2008 fell far short of what was needed, with fingers pointing at the undue influence granted to the financial industry by the Commission.

The EUSD Group is not the only example of the Commission failing to spot/adequately address the conflict of interest when choosing which stakeholders to advise it on clamping down on tax evasion. In 2011, the Commission set up an Expert Group – the Joint Transfer Pricing Forum – to deal with transfer-pricing, a tax scam which affects sees money illicitly flowing out of all countries (North and South) into the coffers of corporations.

Transfer-pricing involves large corporations trading with themselves to ensure their profits are accrued in countries with the lowest possible tax regimes, while avoiding tax bills in the country where they were actually operating. According to Eurodad, this leads to USD 800 billion per year flowing out of developing countries untaxed, with Publish What you Pay Norway showing that the mispricing of crude oil alone by EU and US extractive industries costing developing countries USD 110 billion between 2000 and 20103. In the UK big corporations such as Starbucks, Google and Amazon have recently been in hot water over transfer pricing, with the US coffee chain reporting taxable profits only once in 15 years of operating.

ALTER-EU pushing for stronger rules on who advises the Commission

In light of such clear examples of conflict of interest, ALTER-EU has been working with MEPs and civil society allies to ensure far stricter rules are implemented around all Expert Groups, as this problem is not limited to tax avoidance.

After considerable pressure, including a freeze on all Expert Group budgets by the European Parliament, the Commission has accepted that industry lobbyists should not be allowed to sit in groups in a personal capacity, and nor should industry dominance of groups be acceptable4.

However, progress to implement the conditions has been slow and without continued pressure from MEPs, some parts of the Commission are dragging their heels, or failing to acknowledge the extent of the problem.

If past experiences are anything to go by, neither group is likely to make recommendations that harm the interests of their industry members.

Will the Tax Good Governance Platform be any different?

With applications closingtomorrow (Wednesday 8th May), who ends up in the Expert Group will give an indication of how seriously the Commission is taking the taskof clamping down on tax evasion and aggressive tax practices: will it be credible; or will itbe packed full of industry representatives with a clear conflict of interest. If the latter comes true, the Commission will have broken the current rules around Expert Groups and failed its obligation set out in the application form to ensure “different interests represented by stakeholders such as business, consumers and EU citizens”5. Just saying it isn't enough – the Commission also has to deliver.

The Platform needs to be able to approach the subject from a public interest as well as a technical perspective, meaning independent experts such as Richard Murphy, John Christensen and Nicholas Shaxson from the Tax Justice Network in the UK should be present (they are currently running the 'Tackling Tax Havens' campaign), as well as trade union representatives such as the European Coalition for FinancialReform and the European Public Services Union, who both have the expertise and are interested. And not simply as tokenistic civil society voices – their expertise is as valid as industry professionals (if not more so, given the scope of the group).

Don't put the fox in charge of the hen house

In the call for applications, the Commission has made an express desire for tax professionals – tax consultants, academics or otherwise. While there is a need for professional expertise in this technical area, the Commission must be wary about those very same companies involved in finding and exploiting new loopholes (e.g. offshore tax havens) being given the opportunity to weaken any proposals, as has happened in the past.

In fact, the Commission should ask itself why accountancy firms and their trade associations, those that profit massively from advising the rich and powerful on tax avoidance, should be allowed to join the Platform at all? As John Christensen says in ALTER-EU's 2009 report, lobby organisations for tax havens should not be involved in advising the Commission on legislation that clearly adversely affects its clients, “They have a huge conflict of interest. They don't distinguish between serving their clients' interests and the public interest.”6 If Expert Groups such as this Platform followed the rules set out by the European Parliament (which the Commission has actually agreed to), these sorts of conflicts of interest would be avoided.

Any red lines on who should advise the Commission?

While there's not time to do it justice in this article, a bigger question remains on who the Commission should go to for advice and expertise. Should companies whose interests are tied to weakening social, environmental and economic safeguards really be allowed to advise the Commission? We can't expect a company that is beholden to its shareholders to act any differently, so why does the Commission still pretend they can put their private interest to one side? Therefore it has to be up to policy makers and public institutions to ensure tough rules are in place.

Lessons from the tobacco industry?

When it comes to the Tobacco industry, the World Health Organisation (WHO) has drawn up strict guidelines limiting the contact between policy makers and lobbyists and ensuring any contact is fully transparent. Its internationally accepted that the interests of the tobacco industry are de facto never going to be in the public interest regarding health. This argument can be expanded beyond the tobacco industry.

The Commission has a great opportunity to show that it is not only serious about clamping down on tax havens but also serving the public interest and turning to all relevant stakeholders for advice. Let's hope it has learnt its lessons and is serious about helping member states in fighting for the legitimate collection of taxes – a potential remedy for the Commission's preferred policy of austerity. The proof will be in the Platform.