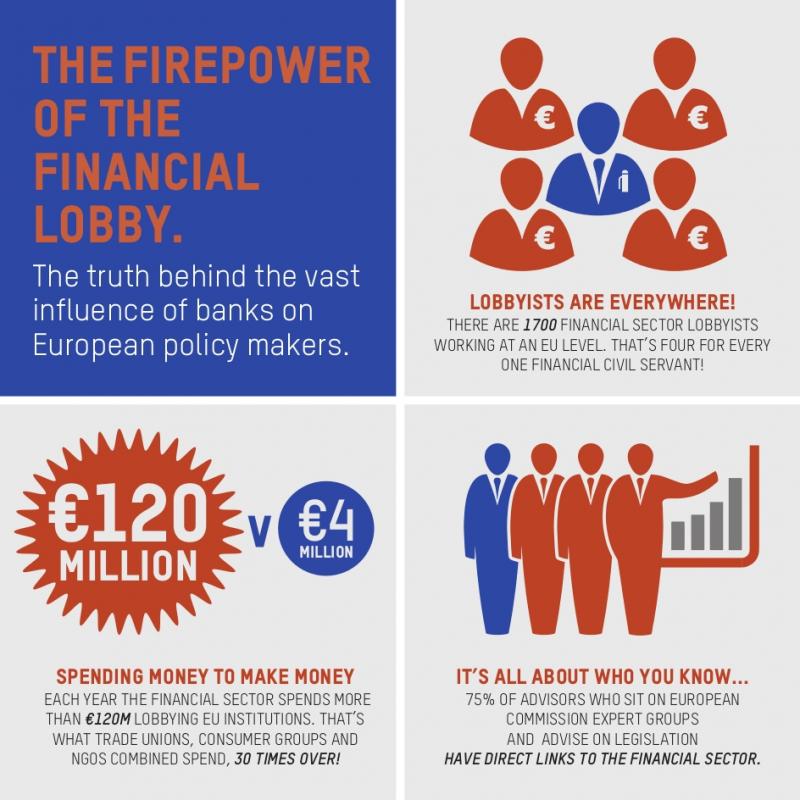 The fire power of the financial lobby

The enormous influence and destructive power of financial markets became apparent with the global economic collapse of 2008 which fuelled a financial crisis from which Europe has yet to recover. These events revealed the dire need for stronger rules on financial markets. But reform has proved difficult, not least due to successful campaigns waged by the financial lobby in the European Union: its “fire power” in resisting reforms it dislikes has been all too evident with issues such as banking regulation, derivatives, credit rating agencies, accountting rules, and many more.

Despite this manifest presence of “the financial lobby”, until now there has been no comprehensive survey of its size and power in the EU. This report is intended to fill that void.

The findings are stunning. In total the financial industry spends more than €120 million per year on lobbying in Brussels and employs more than 1700 lobbyists. The financial industry lobbied the post-crisis EU regulation via over 700 organisations and outnumbered civil-society organisations and trade unions by a factor of more than seven, with an even stronger dominance when numbers of staff and lobbying expenses are taken into account. In sum the financial lobby is massively outspending other (public) interests in terms of EU lobbying, by a factor of more than 30.

Thanks for the report, keep
Anonymous

Thanks for the report, keep up the good work.