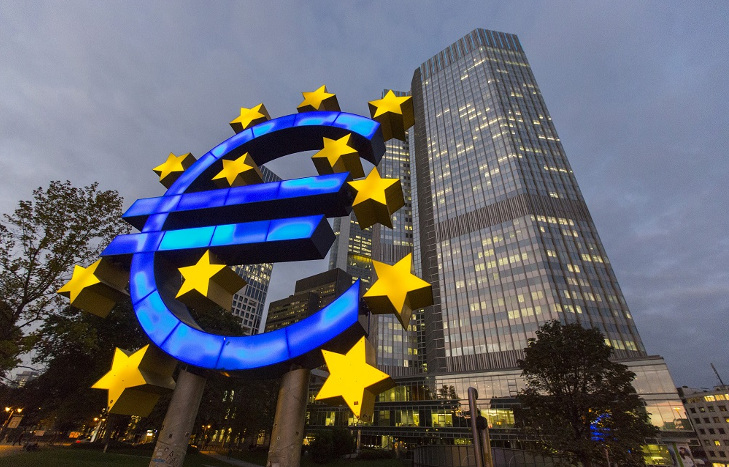 The decision of the European Ombudsman to ask the European Central Bank President to end his membership of an opaque and exclusive club dominated by financial corporations is a step towards ending a culture of secretive collusion between regulators and big banks.

Today the European Ombudsman has released her decision about Corporate Europe Observatory’s complaint on the European Central Bank’s (ECB) participation in the Group of Thirty (G30), a high-profile exclusive club for central bankers and high-ranking representatives of financial corporations. The Ombudsman asks the ECB President Mario Draghi to leave the G30 and stay out for the rest of his term, while if the Ombudsman has her way, any further ECB involvement is to be on a non-member basis. Membership goes against the rules of the ECB itself, and the fact that this has been allowed to go on for so long, the Ombudsman’s decision reads, amounts to “maladministration”. Continued membership, she concludes, “could undermine public confidence in the independence of the ECB”.

Corporate Europe Observatory is fully satisfied with the decision, which follows on from six years work, including an earlier complaint to the Ombudsman on the subject. There is a need to act on the culture that has developed in the ECB which entails a close and opaque relationship with the leaders of big banks. Too often the need to ‘stay informed’ is used as a pretext to adopt a narrow approach to consultation with the outside world, in which ECB decision-makers rub shoulders with executives from the very financial institutions they are supposed to regulate in order to protect and promote the public interest. With today’s decision, the Ombudsman puts her foot down, in unmistakable terms.

The G30 was set up in 1978 by large financial corporations, officially as a think tank and a forum for informal exchanges between the captains of finance, public and private. Yet the group soon appeared to act as a quasi-lobby group, pushing for the type of regulation favoured by the big players on financial markets, almost always with representatives of big banks as spokespersons.

Mario Draghi joined the G30 in 2005 while still working for the investment bank Goldman Sachs. At the time, the ECB was represented at the G30 by the central bank’s then-President, Jean-Claude Trichet. When Mario Draghi replaced Trichet at the steering wheel of the ECB, both remained members. The ECB has been represented by its President or other high level personalities at the G30 since 1994. And in recent years, there have been many indications that the ECB was stepping up its involvement, with several persons from the governing bodies appearing at G30 events and participating in its working groups.

What makes this increased involvement even more unacceptable is that it took place in parallel to an expansion of the ECB’s mandate. In the wake of the 2008 financial crisis, and while taking over supervision of some of the biggest banks in Europe, the ECB would nurture and strengthen its relationship with many of them in the G30, triggering concerns that big banks could exert undue influence behind the scenes.

It is stressed several times in the decision of the Ombudsman that Corporate Europe Observatory has not proved foul play in connection with the members' meetings of the G30. But the point is, the G30 has guarded its secrecy in an effective manner. Very little information has seeped into the public domain, and we are left to guess whether risky sharing of information or problematic political consensus-building is taking place. On top of this, the ECB has shown little or no interest in taking on the challenge of opening up the procedures of the G30 to the public, perhaps because it is out of their hands. It is no wonder the Ombudsman slams the G30 for its opaqueness, and the ECB for its passive accept of the secrecy surrounding the members’ meetings.

The absence of hard proof of a major scandal is of little significance. High standards require that even the perceived risk of undue influence suffices to bring ECB involvement in the G30 in contradiction with the ethics rules of the ECB, the EU treaty, and with EU legislation, including the rules in force on banking supervision.

The burden of proof is on the ECB, and it has not done a good job. The ECB has claimed its participation in the G30 is in the public interest, yet it has failed to deliver evidence of this. In general the ECB has given superficial replies to clear questions on the subject, striking an arrogant tone. To the question of who selects the members of G30, for instance, it replies they are picked by “the Board of Trustees”, yet the identity of the members of said board remains unknown, except for one member of the G30, the Chairman of JPMorgen Chase Internation, Jacob Frenkel. And on the question of transparency, the ECB states it is not their decision what to disclose and what not to. This is deeply problematic, bearing in mind the ECB’s crucial role in banking supervision.

In this way, the ECB has not helped itself, but has appeared convinced it could get away with anything. It is a relief to see it proved wrong. The decision of the Ombudsman not only asks Mario Draghi to quit the G30, but stresses that no member of the governing bodies, or staff of the ECB, should join as members. It also demands that, to the extent the ECB intends to participate in G30 activities – other than the closed meetings of members – these would have to be under conditions of strong safeguards. In some cases, this would require a strengthening of the central bank’s protocols, as in the case of the ECB's Supervisory Board, whose ethical rules are too vague at present to secure the highest standards when dealing with the financial industry.

The Ombudsman provides clear replies to the questions put by Corporate Europe Observatory when the complaint was filed more than a year ago. And in doing so, she provides valuable guidelines for the future on how the interaction between the ECB and the financial industry should be conducted.

For Corporate Europe Observatory this case has always been about something more than the specifics of the G30, its composition, purpose, and modus operandi. To us, it is about the overly close relationship between the ECB leadership and the financial industry in general. With the financial crisis still present in our minds, and its consequences obvious in Europe, it is provoking to see the ECB repeat a pattern that should have been abandoned many years ago. This too, is acknowledged by the Ombudsman, who states it is “all the more important in the aftermath of the financial crisis, with continued public concern about the relationship between the finance industry and regulators”.

One of the experiences from the crisis is that a cosy and closed dialogue between regulators and the financial institutions can lead to very unwise and biased decision-making. At the time, this unfortunate pattern was even acknowledged by the Commission. Yet that recognition has had few consequences. At the ECB, it seems this lesson has been ignored completely.

The Ombudsman brings a significant contribution to this issue. In the decision, the concern that membership of a private group may create informal, special relationships that could influence decision-making, is considered legitimate. In addition, the fact that membership by nature excludes other groups, is mentioned as highly problematic. In sum, the ECB is too close to the G30: “The implied closeness of the relationship through membership – particularly between a supervising bank and those it supervises – is not compatible with the independence obligation of an institution such as the ECB,” the decision reads.

This takes us a long way towards a key goal of Corporate Europe Observatory in this area. Both the ECB and the Commission are often found to prefer a one-sided approach to consultation when preparing new initiatives on financial regulation. Too often, they find it natural to rely on the advice of the financial lobby, paying little attention to other interest groups in society. This decision by the Ombudsman paves the way for a renewed effort to generalise the message: it is against democratic norms for regulators to team up with the corporations they are supposed to regulate, and create circles of trust that no-one else can enter.

In that sense, the decision of the Ombudsman opens the door to renewed efforts to do away with other elements of the ECB’s consultative initiatives, not least its advisory groups, proved by Corporate Europe Observatory to be massively dominated by the financial industry. After all, this issue is not just about the G30 – it is about corporate capture of decision-making that is supposed to be being made in the public interest.

(ECB) participation in the Group of Thiry
Desmond Moore

I would be interested in the ECB's implementation of the Ombudsman's recommendations.