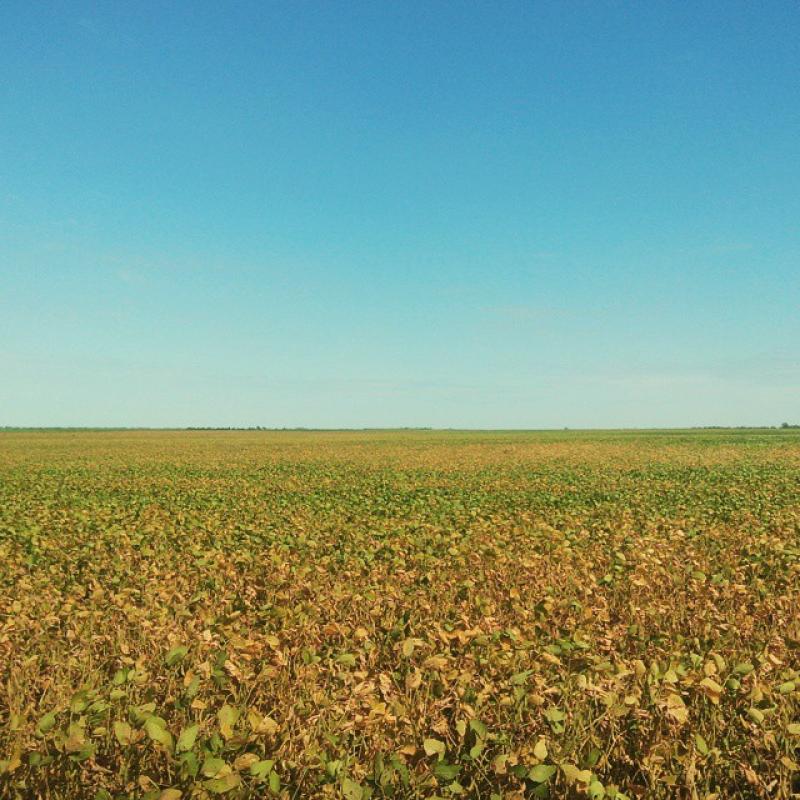 Glyphosate: one pesticide, many problems

The latest episode in the glyphosate saga just took place, with the EU's Health and Food Safety Commissioner, V. Andriukaitis, announcing that the European Commission would extend the current market authorisation of glyphosate by 18 months. [this article is an updated version of the same piece from June 24.]

Judging by comments from Commission vice-President F. Timmermans on June 15 to MEPs (“the Commission does not have the luxury to abstain” from 3h00'00'' onwards , replying to a question by MEP Huitema on the current glyphosate gridlock at 2h37'58''), industry's threats of lawsuits in case of non-renewal and the Commission's own position, it was rather obvious it would do it.

Health Commissioner Andriukaitis referred to the Commission's "legal obligations" to explain their decision to extend the licence in order to wait for the final assessment of the substance by the European Chemicals Agency (ECHA) of Helsinki. In charge of the file, he had been in a very uncomfortable position for months, squeezed between Member States' unexpected resolution to not approve such a controversial herbicide and Juncker's fury that the Commission would get the blame for taking the decision to keep such an unpopular product on the market at a time when the Brexit referendum puts the entire EU administration at very high political risk. Andriukaitis made clear that the Commission desperately wanted EU member states' support for its proposal, but did not succeed in swaying them: there was no notable change in EU states' respective positions since the last vote on June 6, lost under strong media attention by the Commission. France had already declared it would vote against the Commission proposal next Friday, Germany that it would abstain (although the battle was said to have resumed there in the days before the vote between the socialists and the conservatives). It looks like the European Commission preferred public fury to industry lawsuits.

In our opinion, one of the most important – but less discussed – stakes in this process has been the possibility to put an end to the use of one the most used and efficient plant-killer on Earth while we're experiencing the fastest biodiversity collapse ever measured. The glyphosate saga could have been an opportunity to at last discuss and regulate the use of wide-spectrum herbicides in agriculture, but this is yet to happen.

Similarly, little discussed too are the accompanying protection measures that EU farmers would need against their non-EU competitors in the case of a ban. Without these, farmers- rather than adopting healthier but more expensive weed management practices - were at a risk of exposing themselves to other herbicides with comparable or yet worse effects than those containing glyphosate, while having to pay a premium.

This was not lost however on the pesticide industry, which had been talking a lot lately about the need to help farmers keep buying glyphosate. In Brussels and in national capitals (and particularly in London), the largest farmers unions had upscaled their lobbying to keep glyphosate on the market since May, mainly using the argument of glyphosate being “too big too ban”, and trying to float their interests in the context of the UK’s referendum on EU membership taking place today. The glyphosate saga could have been an opportunity to discuss much-needed evolutions in European agriculture, currently facing a tragic race to the bottom at the expense of quality, labour conditions and sustainability, but it didn't happen yet.

Up to now, the most discussed issue has remained whether glyphosate “probably causes” cancer to humans, as the International Agency for Research Against Cancer (IARC) found in 2015. Beyond the worrisome result, this qualification, under EU pesticides rules, would cause its ban regardless of exposure levels.... but the official EU process found the opposite (IARC's evidence was linked to high exposure levels, so apparently more relevant for sprayers than for other citizens). Because this is the only argument that, under current rules, could trigger a legal ban, it has tended to monopolise the debate.

The pesticide industry and the EU administration argued that the normal risk assessment rules have been followed, that their assessment was better than IARC's (the agency has been abundantly slandered since it published its conclusion), that previous and other recent official assessments point in the same direction, and therefore that there is no ground to oppose the re-licensing. They call the ongoing gridlock “political interference”, arguing for the need to follow existing “science-based” rules.

There is a problem with this line of argumentation though: comparing the two processes puts the respect for the scientific method squarely in IARC's camp. While it only used published scientific literature and worked with a panel of international cancer specialists whose independence had been confirmed, the EU's official process, combining EU and national risk assessment agencies, relied heavily on unpublished industry-funded studies, themselves assessed by public officials 80% of whom refused to be identified.

So, the EU administrations and the pesticide industry defended a conclusion whose underlying evidence is only accessible to themselves, because the scientific studies at stake belong to companies such as Monsanto that threaten to sue the EU administration if it shares them with anyone else, “science-based” rules or not. Nevertheless, the European Commission always had the legal possibility to publish this evidence, invoking an overriding public interest which, considering the level of public attention and debate, would have been wholly justified, but seems not interested. The opposite is sadly true: the Commission is currently appealing, with the help of the pesticides industry, a judgment from the European Court of Justice that forced it to publish parts of the evidence used to deliver glyphosate's previous market authorisation! Rumour has it that the European Commission's Legal Service simply doesn't like losing...

Data secrecy at the root of the political scandal

In any case, one could argue that data secrecy is the very reason this seemingly technical process became political and caused the 6-months gridlock. The unusual conflict between two major public health administrations, IARC and the European Food Safety Authority (EFSA), grew out of the impossibility for EFSA to follow the normal scientific method of sharing its evidence with IARC for cross-examination and discussion. Today, the two agencies have cut communication, an absurd situation.

Several MEPs and NGOs (including CEO) have officially called on EFSA to publish the studies, so far to no avail (CEO introduced its request more than seven months ago, we're still waiting, see our companion piece on industry's arguments to fight disclosure). The dire situation is acknowledged grudgingly by at least some in the European Commission, starting with Andriukaitis himself. Last March 4, in a press conference right after a meeting of Member States (Environment Council) where some EU States had made their opinion clear already, Andriukaitis made no mystery that this data secrecy was a major problem:

The Commissioner publicly asked industry for the publication of the studies on April 4. But there are doubts as to whether his services shared his resolution: industry reacted on the same day in a way that shows that the two documents were coordinated so as to not create a precedent which could endanger the Commission and industry's court case against glyphosate data disclosure (see a critical open letter on the issue CEO co-signed).

CEO obtained a document showing that on 17 March 2016, DG SANTE, EFSA and the Glyphosate Task Force held a telephone conference together, "facilitated by ECPA" (the pesticide industry lobby group). A report of this meeting shows how the three parties discuss the idea to install a 'reading room' (just like for TTIP), to give a selected audience access to the studies. One can see why: no scrutiny to fear for industry, no huge redaction work to “sanitise” the studies by the EU administration. This is of course not a solution: it takes more than reading to assess scientific results.

Andriukaitis himself told just that to journalists from Arte VoxPop: “in my opinion, the reading room is not enough, it would be better to show the details of the scientific studies on internet”.

In any case, such a reading room has not even been put in place, so the secrecy continues. And since the “science” argument fails to convince for the above-mentioned reasons, what is left to the European Commission is political tactics.

On 4th April 2016, another meeting happened between Commissioner Andriukaitis himself, DG SANTE officials, and lobbyists from ECPA, CEFIC (European chemical industry) and COPA-COGECA (EU-level union of big farmers, all too often siding with the pesticide industry) . According to the minutes released by the European Commission, the Commissioner “reminded the visitors [the industry lobbyists, red.] about their responsibility to talk to Member States and MEPs with a view to get their support for the renewal”. Another example of the old de facto alliance between the Commission and business groups against national administrations, but if convincing Member States of the safety of a product boils down to industry lobbying, then that does not exactly lead to more trust in the scientific integrity of this re-approval process.

Industry, on its side, said it was very worried: ECPA expressed concerns in this meeting that “if robust statements of BfR and EFSA are not followed that will be victory for opponents and set precedent for all future approvals”.

As we wrote at the beginning, glyphosate is indeed a substance entangled in much broader, and possibly more important, political debates: the integrity and trustworthiness of the EU's chemicals assessment regulations, the relevance of still using wide-spectrum herbicides today, the sustainability of agriculture... But unfortunately all these points are brought up separately, as and when they do.

One observation to conclude on: Germany’s Bfr and EFSA recommended not only glyphosate's re-approval, but also an increase in the acceptable daily intake (ADI) by 66% (from 0.3 to 0.5 mg per kg body weight per day). As a consequence, EFSA has already started to increase legally admissible exposure levels to glyphosate.