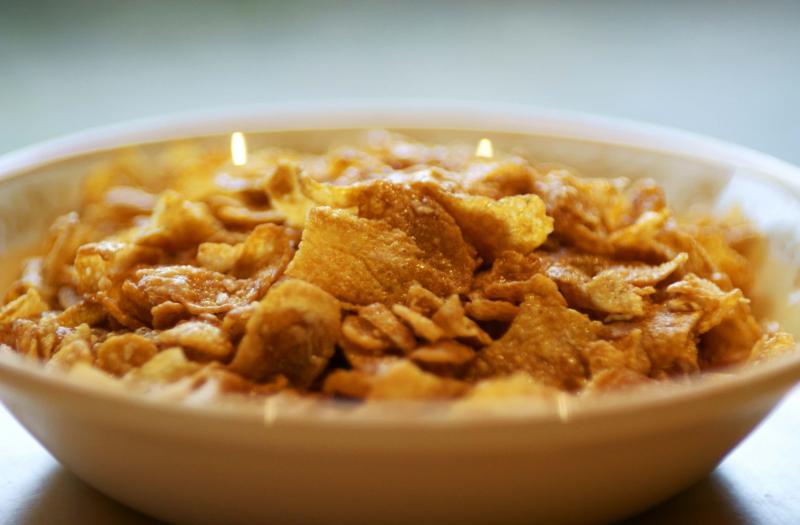 The European Commission is about to propose a regulation on acrylamide, a dangerous contaminant formed in many foods (in particular french fries, soft bread and breakfast cereals) when cooked at high temperatures. The European Food Safety Authority (EFSA) even explicitely stated that acrylamide increases the risk of cancer in humans.

Developing a regulation to limit human exposure to acrylamide is not easy because this substance is present in many foods and, even if there are simple ways to limit acrylamide intake (avoid overcooked french fries, crisps and toasted bread), it probably cannot be eliminated completely from cooked starchy foods. But the regulation proposed by the Commission only consists in obliging the food industry to respect the vague codes of best practice developed by its lobby groups!

Yet another example of self-regulation used by industry's lobby groups as a tactic to deter actual regulation.

Together with SAFE (Safe Food Advocacy Europe - see their acrylamide briefing) and WeMove.eu, we wrote an open letter to relevant EU authorities (in this case, the European Commission and Member States) asking them to:

"  - Really reduce citizens’ exposure to acrylamide in food, with a legally binding maximum level of acrylamide for different food categories which is lower than the proposed Indicative Values (the Denmark experience constitutes an example of lower values).

- The Indicative Values need to be considered maximum admissible levels, pending further research, and Member States must be given the freedom to adopt stricter measures if they prefer.

- Develop a code of best practices that is based on the work of public food safety authorities rather than exclusively using material developed by lobby groups representing the food industry’s interests.

- Give a clear role to the National Food Safety Agencies in different MS to control and monitor the application of the maximum binding level of acrylamide."

You can check how far we are from an actual regulation by checking out the European Commission's draft proposal and its annexes:

"Article 1
Food business operators shall apply the Codes of Practice referred to Annex I of this Regulation combined with the general requirements laid down in Annex II.
Article 2
The food business operators, referred to in Annex II, point 1, shall provide evidence of regular testing of their products to ensure that the application of the Code of Practice is effective inkeeping acrylamide levels as low as reasonable achievable and the indicative values referred to in Annex III are to be used as benchmark."

The "Codes of Practice" mentioned in the annex are, explicitely, those developed by the following lobby groups:

FoodDrinkEurope, the "umbrella association" of the food industry in Europe, gathering most food multinational and national food industry federations.

UEAPME, representing the interests of small and medium-sized enterprises

The European Commission would be considering asking EU States to vote on its proposal on November 25th.

Its this type of micromanagement by Eurocrats who have apparently nothing better to do than this that created Brexit. If the way we Belgians like our french fries increases cancer risk so be it. Everything in life is a trade off between risk and return. If we allow this regulation to pass where will it end ? That the Eurocrats want to eliminate all our cancer risk by forcing us to only eat vegetables?. I hope the Belgians will organize a march against the Eurocrats under the slogan " eurocrats : hands off our fries"