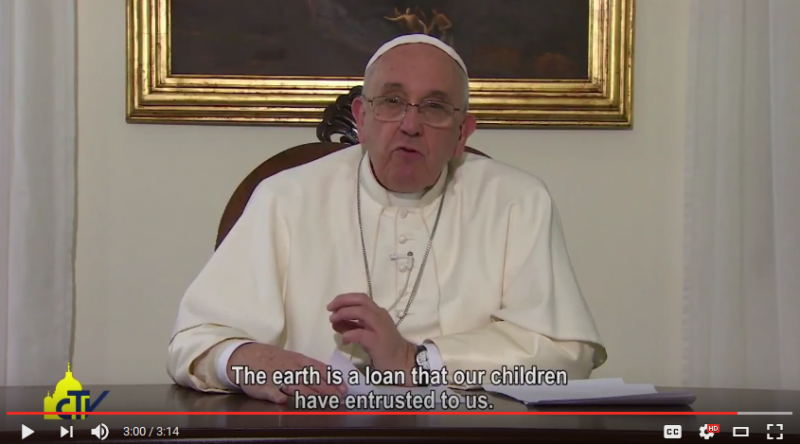 The Pope and the Pesticides

On March 28 2017, participants in the 10th Forum for the Future of Agriculture were greeted with a big surprise at the beginning of the conference: a "special" video address from Pope Francis! Although the lobbying event is an annual Brussels mainstay for the big agribusiness lobby, organised by Syngenta and the EU lobby group of large landowners (ELO) every year. 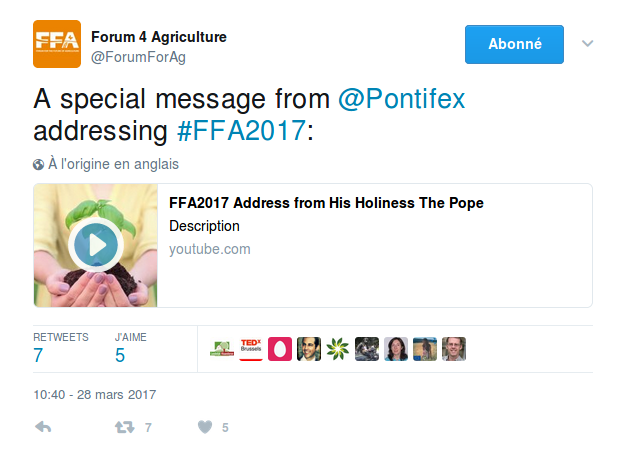 After it was screened, the video made it straight to the front page of the Forum website, presented with the same description: "FFA 2017 Address From His Holiness The Pope". 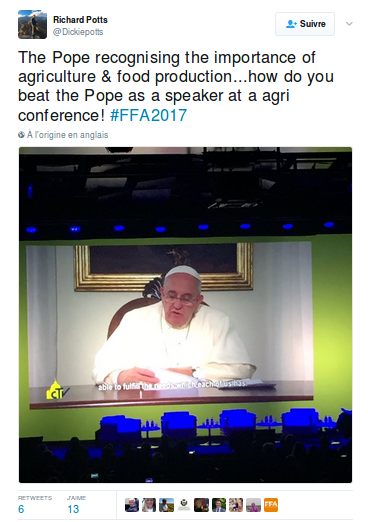 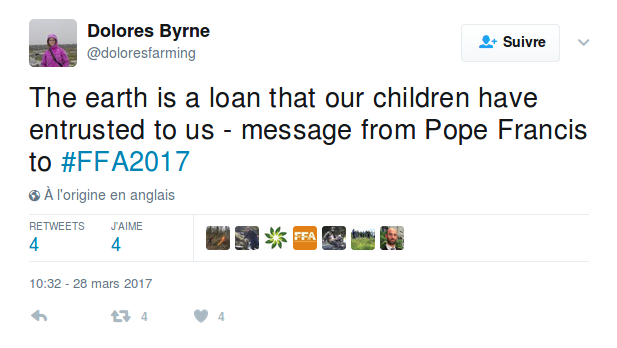 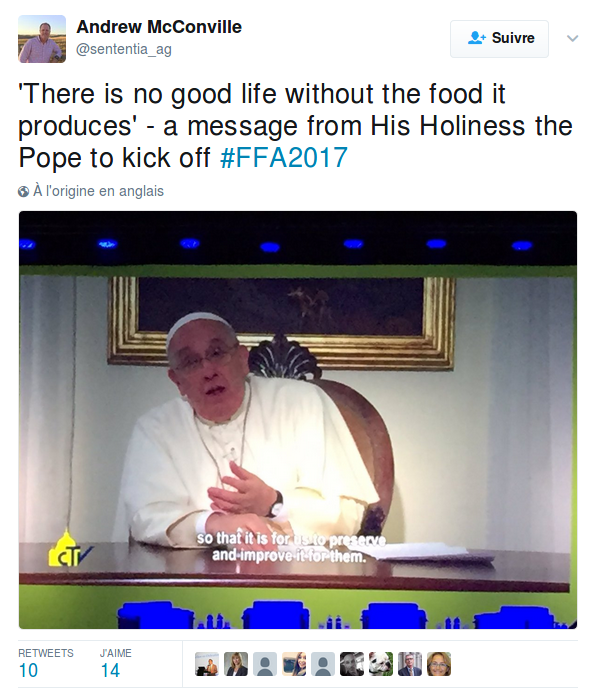 Indeed, what better way to kickstart a conference "[w]here agriculture & environment meet" - the official motto of the Forum - than with a special address from the author of the celebrated "Laudato Si" Encyclica?

Those with an observant eye might have noted that although the video featured the words from and footage of the Pope himself, he did not actually appear much. The Pope's video was brief (three minutes), not addressed to FFA participants in particular, and contained rather general statements celebrating food production ("There is no humanity without the cultivation of land”), pointing out the absurdity of inequalities ("there is enough food for everyone but not everyone can eat") and highlighting the necessity to preserve nature. The footage of the Pope himself had, in fact, been taken from existing prayer videos, which are produced by communication agency La Machi on a monthly basis for the Pope's Worldwide Prayer Network, The Apostleship of Prayer. Accompanying this Pope footage were images and videos taken from stock footage banks, featuring irritatingly glossy scenes and touching snapshots. 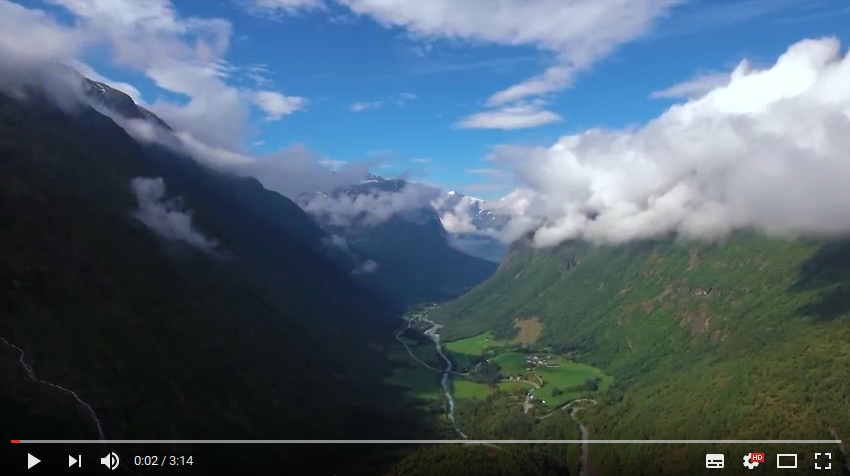 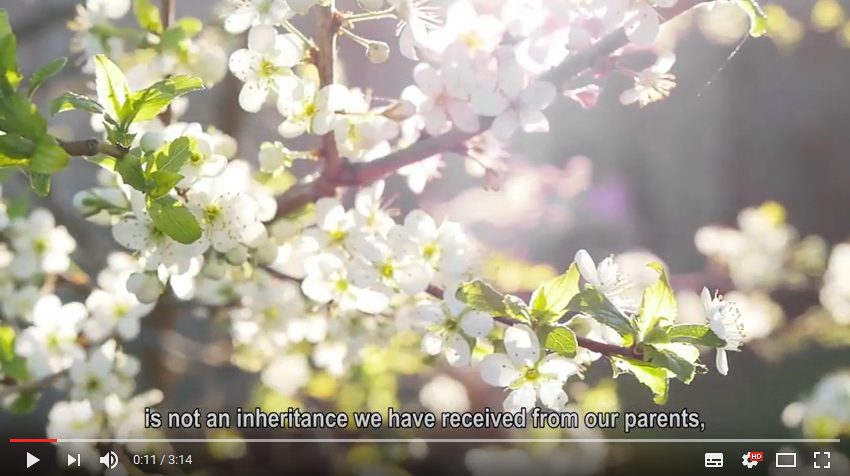 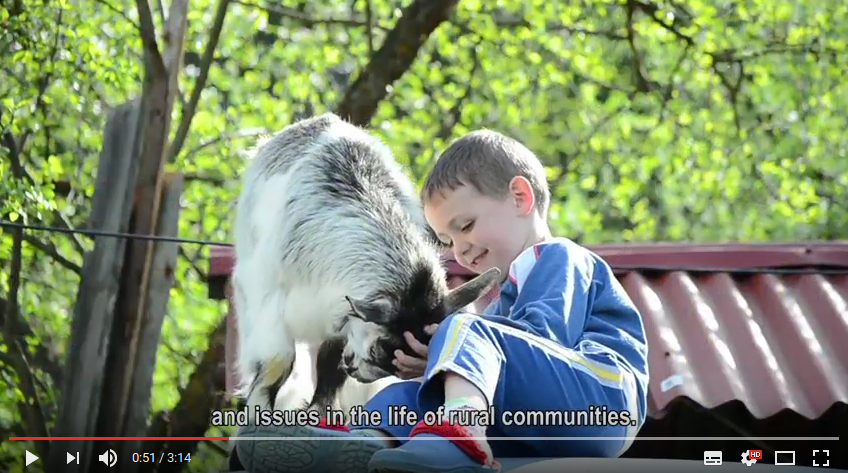 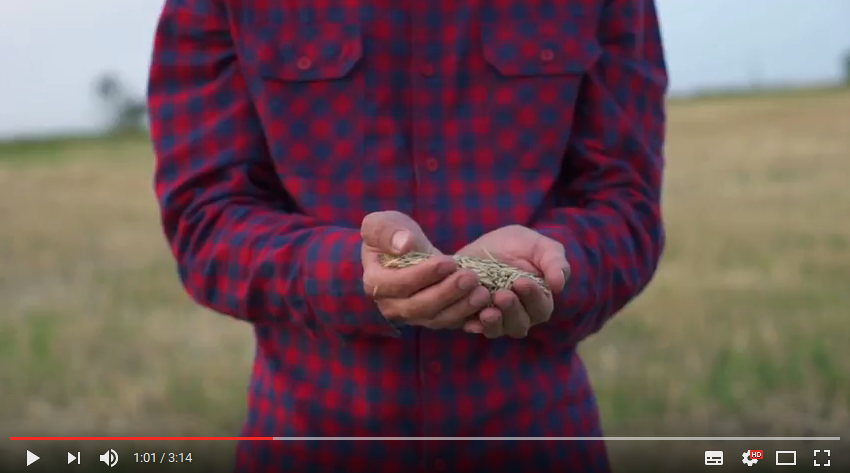 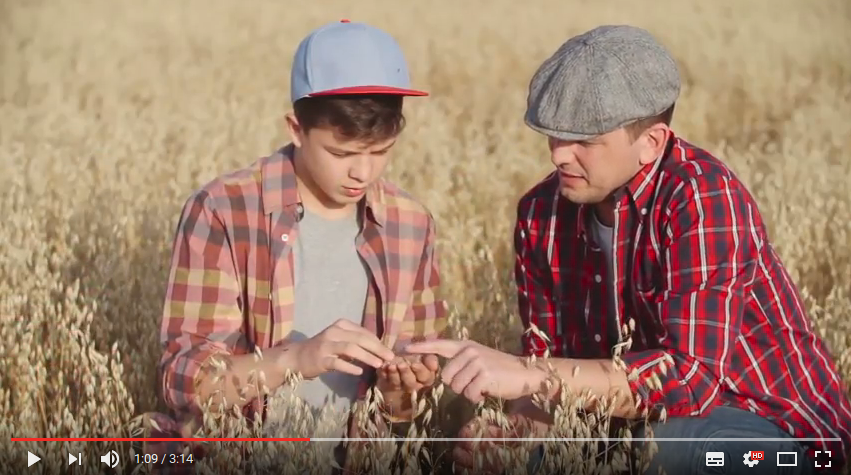 However, certain editorial choices did raise some issues. Most of the footage used to illustrate agriculture showed typical practices of industrial farming, starting with large monoculture crop fields. Take, for instance, this mother kissing her child in the middle of an oilseed rape field: 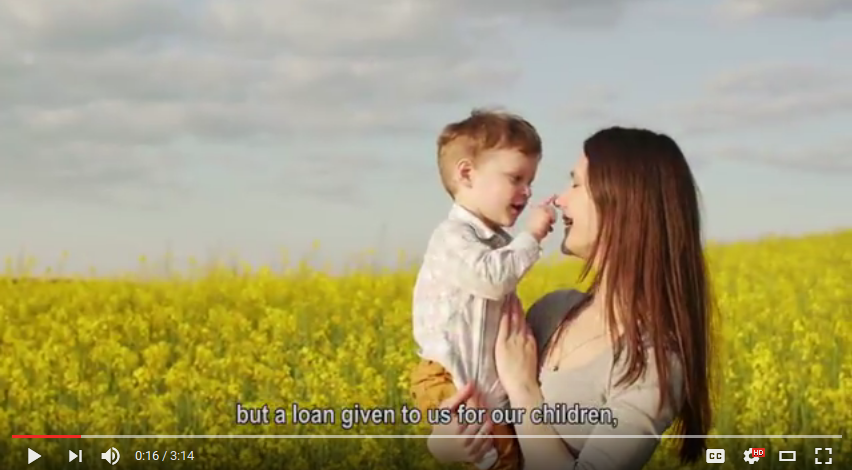 Or this large field of wheat visualising "the needs which each of us has": 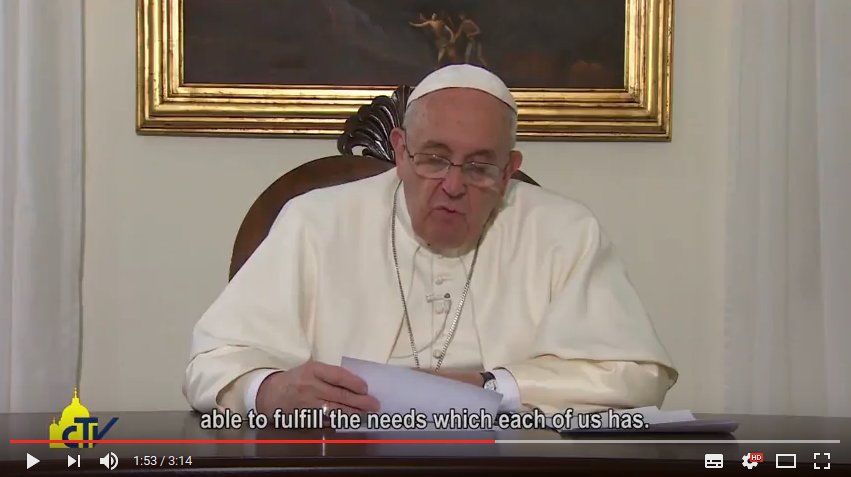 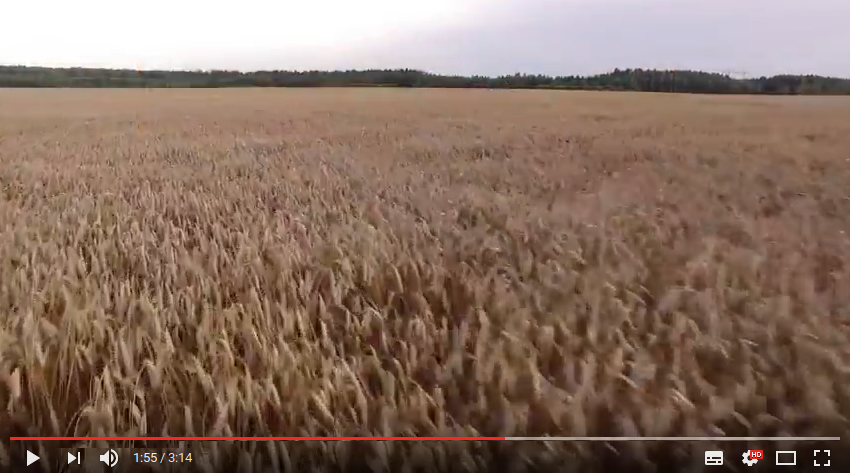 Or these combine harvesters in large fields at the mention of "agriculture": 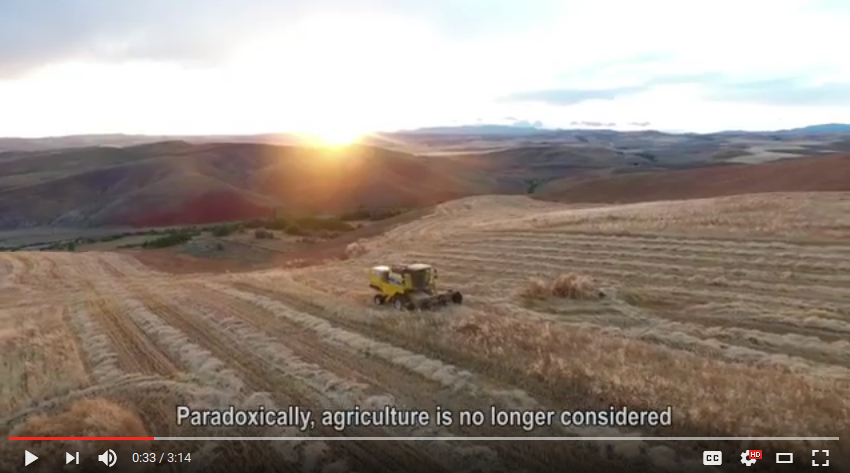 Some of the editing choices even seemed outright suspicious. Why use images of pesticides being sprayed, when wanting to underline the need for gratitude for farmers' hard labour... 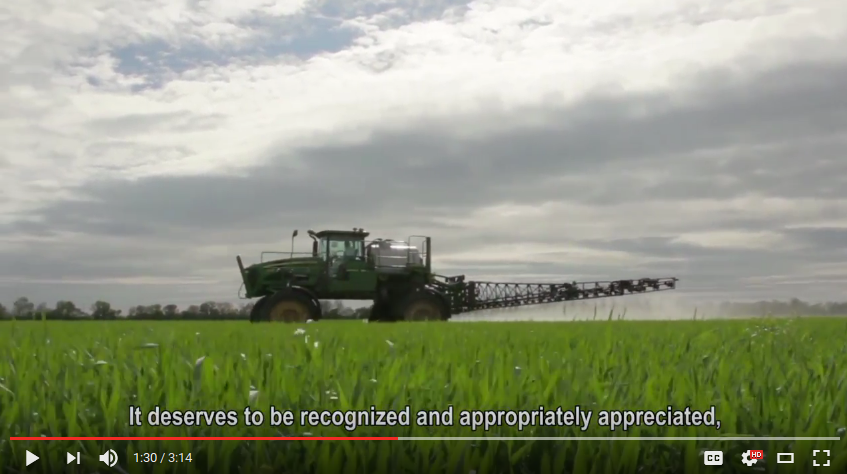 ...just before showing EU politicians being applauded for their policies? Indeed, the target audience of the Forum largely consists of EU officials and politicians, in particular those involved in discussions on the future Common Agriculture Policy (CAP), the EU farm subsidies scheme from which 80% go to the 20% top-earning farmers. 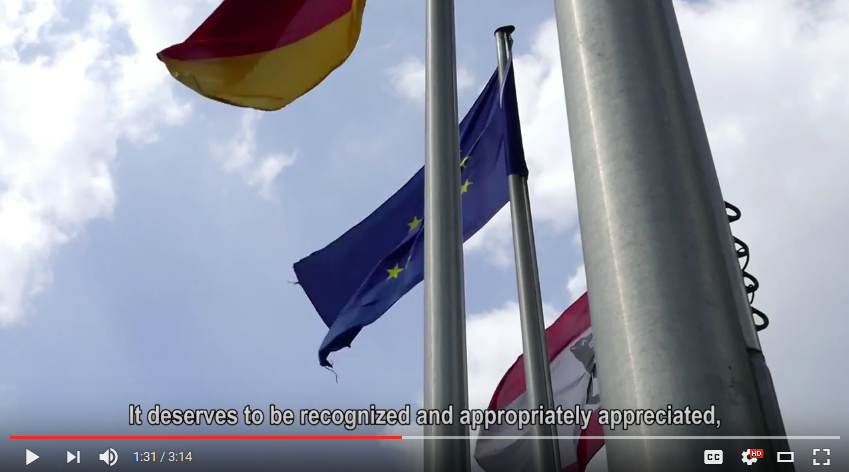 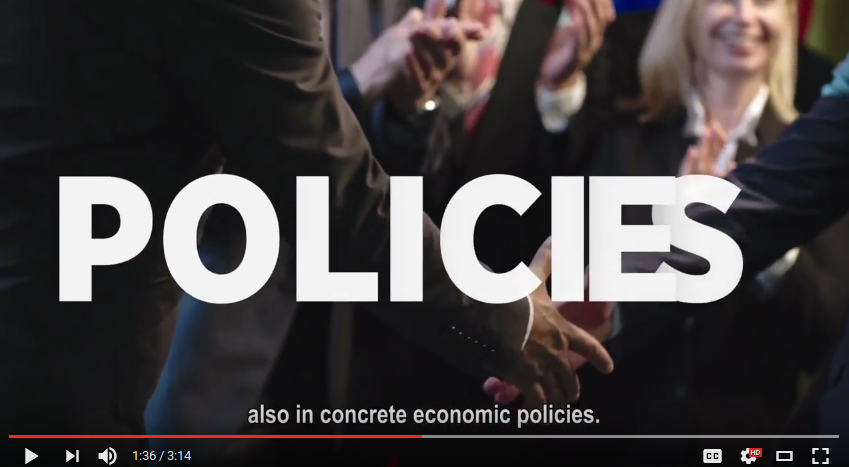 The video did refer to real world problems such as inequalities, food wastage, ... 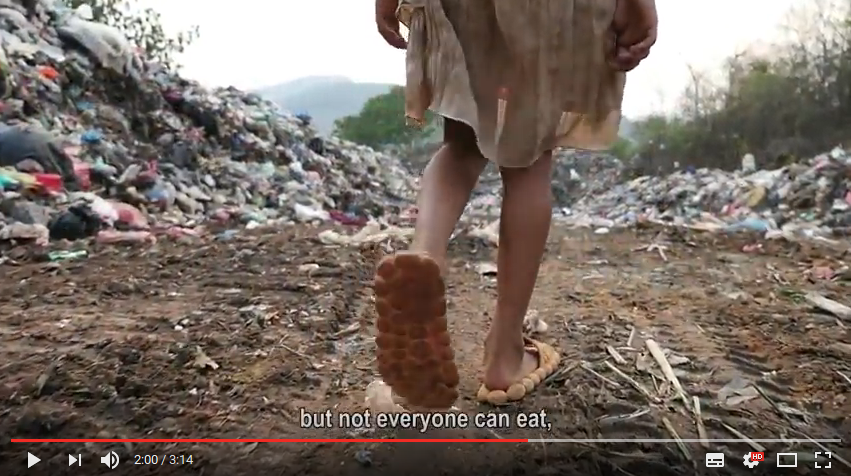 ... and, probably, food speculation and the excessive power of commodity markets. (No details here, so we can just guess). 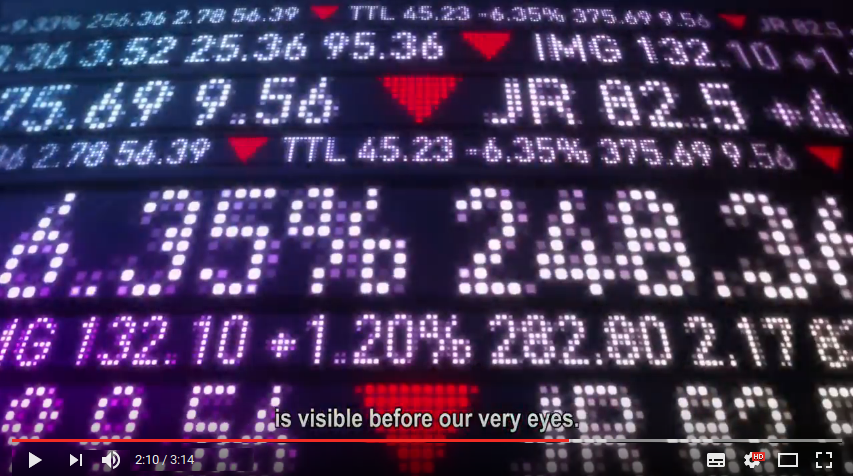 But the solutions suggested in the video were either of a moral quality (an appeal to "rediscovering love for the Earth as "mother", a quotation from St Francis), or overly generic ("safeguard the land, establish a covenant with it, so it may continue to be, as God wants, a source of life for the entire human family"). As far as "concrete" policy suggestions go, the video fell somewhat short.

Before finally returning to footage of the Pope, the last shots featured children running through a wheat field - probably to indicate a future of abundance and joy. That editorial choice was quite unfortunate: no farmer would ever allow his own children to roam through a field like that, since it would damage the crop. 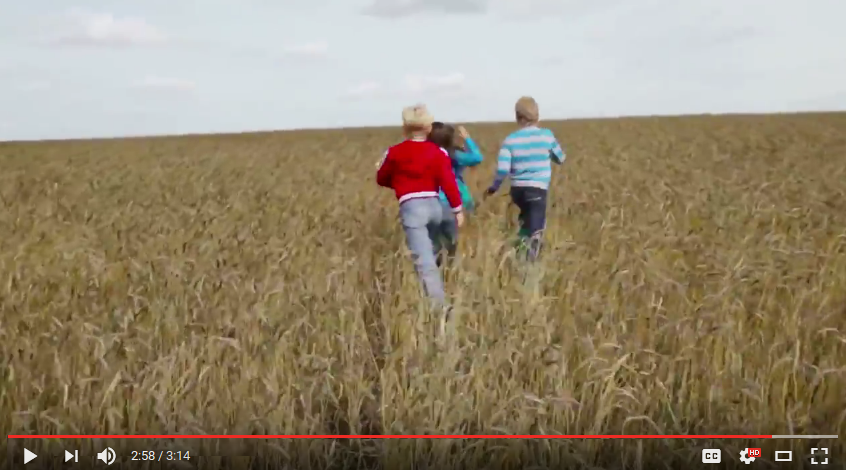 As Pope Francis was made to repeat once more at the end of the video: "The earth is a loan that our children have entrusted to us". Syngenta's pesticides last year contributed 75% of its turnover and include some of the most potent poisons ever produced by mankind. Nevertheless, they are a pillar of the industrial model of agriculture that is destroying soils, rural communities and biodiversity, and thereby slowly turning the Earth into a desert. In addition, at least 200.000 people die every year from accidental pesticides poisoning and many more - from farm workers to rural communities - are made to suffer the serious health problems resulting from pesticide exposure.

So, was this really a message from Pope Francis to the participants of the Syngenta-funded FFA?

As confirmed to CEO by the Pope's personal representative in Brussels (Apostolic Nuncio to the European Union Mgr Lebeaupin) and by the FFA organisers, the video was not provided by the Vatican for use at the FFA. Instead, the video was produced by Argentinian communications agency La Machi, which, among other clients, works for the Vatican. La Machi likewise confirmed to CEO that the video had not been commissioned by the Vatican: images of the Pope were provided free of rights, they said.

If it wasn't the Vatican, who then did commission the video, pay for its production and take the final editorial decisions? It seems obvious that the FFA organisers were involved, as the video was produced specifically for the event. They told CEO that several versions of the video had been prepared by La Machi, but refused to explain who had chosen the final version of the video, or who exactly paid for it. At the time of publication, La Machi also refused to answer these questions. The agency likewise refused to say who exactly had commissioned the video, to what extent it had collaborated with FFA organisers to produce the video, and how much it had charged for it. [UPDATE 7 April 2017 - 18:31 - CEO obtained the confirmation that ELO did commission the video to La Machi.]

Did the Vatican at least formally approve the video before its release? It seems that not: the FFA organisers said that a copy of the video had been sent to the Pope's Nuncio the day before the Forum, but that "there was no authorisation to ask". When asked whether or not he had seen and/or approved the video before its release, the Nuncio declined to answer. The day following the FFA, the video title on the FFA's website and on Youtube was changed from "FFA 2017 Address From His Holiness The Pope" to "His Holiness Pope Francis on agriculture and environmental issues". FFA organisers told CEO that this was because the former title could have been interpreted as being "potentially misleading", and La Machi told CEO that they had asked for the title of the video to be changed. Indeed, it did mislead the participants. [UPDATE 7 April 2017 23:02 - it is confirmed that the Vatican did not approve the video]

Beyond this very questionable video, there was a real message from the Vatican at the FFA, and it was much more specific as far as concrete policy recommendations go. Sent in reply to a request of former EU Environment Commissioner J. Potocnik, now FFA Chair (a good example for those wondering how useful revolving door hires are for lobbying), the Vatican provided a written statement (link to original document) by its Secretary of State, Cardinal Parolin, which was read by Mgr Lebeaupin just before the video screening. This statement was much closer to Pope Francis' usual points on agriculture and food issues, as the following quote shows:

"At present we are witnessing low levels of employment and therefore of overall earnings, as well as malnutrition, at times chronic, affecting millions of human beings. This is a complex mechanism, striking above all the most vulnerable sectors. These are not only excluded from processes of production but are also frequently forced to leave their lands and to seek refuge in search of a better life.

"This is not to say that the future of agriculture lies in the imposition of a model of production that greatly benefits limited groups and a tiny portion of the world's population. Nor does it mean viewing agricultural work on the basis of laboratory findings. Those approaches may bring immediate benefits to some, yet have we adequately considered the harm they do to others? Every effort should be directed primarily to helping each country increase its own resources in order to achieve alimentary self-sufficiency. This will involve contemplating new models of development and consumption, facilitating forms of community structures that value small producers and that protect local ecosystems and biodiversity (cf. Laudato Si', 180). It will also mean adopting policies of cooperation that do not aggravate the situation of less developed peoples and their dependence on others."

What do you think did FFA participants remember the most? The fact that the Pope was apparently addressing them at a Syngenta-sponsored meeting with general points about the dignity of food production and the importance of preserving nature? Or these much more political and specific observations from the Vatican about the need to help "each country increase its own resources in order to achieve alimentary self-sufficiency" and to "not aggravate the situation of less developed peoples and their dependence on others", which go against the narrative of 'our technology will feed the world' constantly promoted by the agribusiness industry?