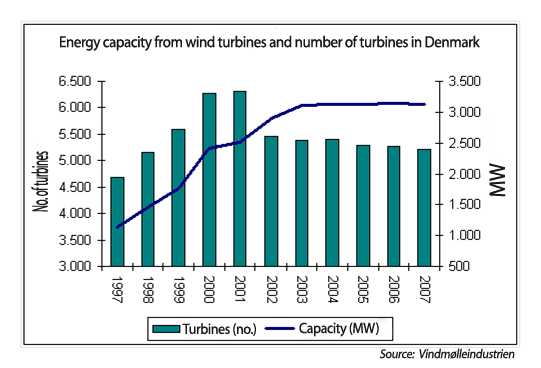 What kind of person can ensure a strong and ambitious EU climate policy? President of the Commission José Manuel Barroso and the Danish government thinks the woman for the job is Connie Hedegaard, the former Danish Climate Minister who was until half-way through the Copenhagen meeting the president of the UN negotiations on climate change. This week all candidates for the new Commission appear at meetings in the European Parliament to convince the parliamentarians that they can do the job. A large number of MEPs will have prepared tough questions. Among the prospective commissioners is Connie Hedegaard who will be subjected to a thorough cross-examination by MEP’s on Friday the 15th of January.  Some questions probably beg themselves, like the one on the distrust of her chairing among developing countries. Actually, the COP15 started with a stand off between herself and a large group of developing countries. When she proposed to move important negotiations into a small working group, they lost a lot of their trust in her leadership of the important negotiations. Even more was lost when a Danish proposal was leaked on the second day of COP15 -  a text that sidelined those governments who had hopes for a thorough debate on the continuation of the Kyoto Protocol and not just some loose statement that points towards less obligations for the big polluters and heavier burden for developing countries. A large group of developing countries felt rightly deceived, and Hedegaard let it happen.

It is to be hoped that  she will also be confronted during the hearing with the dismantling of Denmark’s  ambitious expansion in wind turbines  which began  in the 90’s but was practically stopped by the very government she is now leaving. After years of rapid increase, the number of new wind turbines in Denmark ground to a complete halt in November 2001, and very little happened for many years, including the years Hedegaard spent as the responsible Minister from 2004. Consequently, the country that was once a front runner, came in second to last in the EU in 2008 when counting increased energy capacity from new wind turbines.  She should be questioned about that too. Does she really think she’ll fare differently as Climate Commissioner?

Other questions may be less self-evident, since they are on issues seldom covered by the press. An important one is on corporate lobbying. Ever since climate change appeared on the EU’s agenda, EU policy has been deeply influenced, not to say crippled, by powerful big business players. Carmakers, energy corporations, steel companies, biotech corporations, and airlines, to mention but a few, have all done their bit to weaken ambitions or to introduce cunning implementation mechanisms (i.e. the ETS) that boils down to little other than “business-as-usual”. Here’s the big question: will Commissioner Hedegaard rein in the power of the corporate climate lobby, fully subordinate it to the cause of climate justice and combating climate change, and ensure full transparency? If her recent achievements shed any light on the issue, it’s a pretty gloomy prospect that emerges.

In the run-up to COP15, she and her government offered the corporate climate lobby an unprecedented opportunity to influence the negotiations. Her ministry and Hedegaard herself gave significant help in setting up last year’s main lobbying event, the World Business Summit on Climate Change, in Copenhagen in May. She enthusiastically promoted the World Business Summit on a number of occasions and made speeches and statements that were practically written by the organisers. Hedegaard’s ministry was so involved in the World Business Summit that when invitees either registered or sent their apologies, many did so to the minister - not to the Danish business coalition in charge of the practicalities.  What is more when Hedegaard appeared at the Business Summit in a closed session, she and her boss, Prime Minister Rasmussen,  promised to ensure “a structured dialogue” with negotiators in the UN process, a move her Ministry had been working on since May 2008 in dialogue with the Danish organisers of the Business Summit. Finally she and the Prime Minister offered to make the declaration from the business summit a key document at the negotiating table.

With this in mind, there is reason to follow Hedegaard’s every step when she takes office. That includes when she starts constructing a new Directorate General. Who will she name as advisors? How will she implement her vow to dialogue with “stakeholders”? In short: will she try again to put big business interests right at the heart of decision making? A few nosy and stubborn MEPs at the hearing and afterwards would be most welcome.