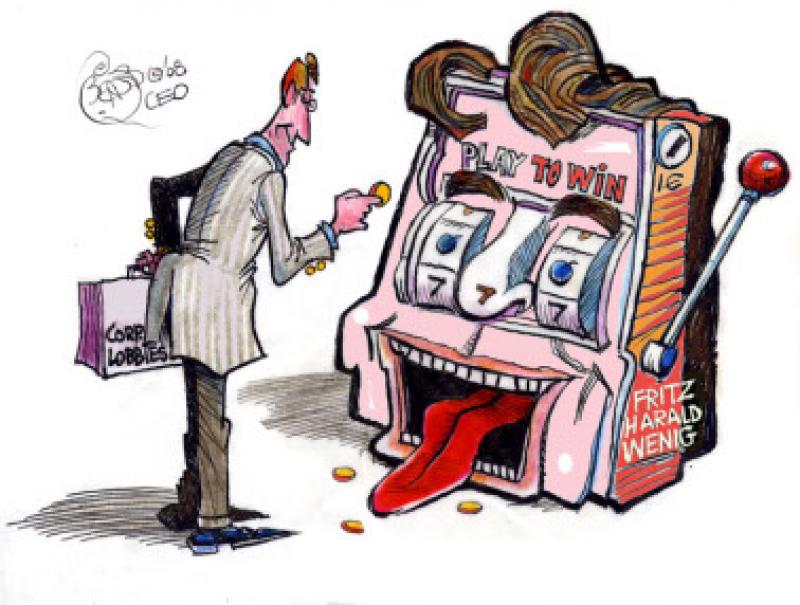 Whatever happened to... F.H. Wenig

It's a year ago this week that the Sunday Times reported that a high-level official from the Commission’s trade department had offered to leak commercially sensitive information in return for financial rewards. Undercover reporters from the UK newspaper posing as lobbyists for a Chinese businessman offered the official – Fritz-Harald Wenig – a payment of € 100.000. Wenig was reported to have suggested putting the money in a frozen bank account which he would be able to access after he retired. According to the newspaper, Wenig disclosed information about a pending anti-dumping case concerning a Chinese candle-making firm as well as other cases.

The allegations led to Wenig being suspended and the case being investigated by Olaf, the EU’s anti-fraud agency. As the outcome of the Olaf inquiry is nowhere to be found in the public domain, Corporate Europe Observatory contacted the agency for clarification. Olaf told us it “finalised its investigation on 29 January 2009 and forwarded its findings to the European Commission as well as to the competent Belgian authorities.” But whether Olaf found Mr. Wenig guilty of any wrongdoing remains unclear. Referring to legal restrictions, Olaf informed us that it is “not entitled to provide more details”. When we contacted the European Commission’s Trade department, we were informed that Mr. Wenig retired in May 2009. But apart from that, more than seven months after Olaf finished its inquiry, it seems that the Commission has still not made up its mind about the case. According to a DG Trade spokesperson, the investigations are not yet closed and the matter remains confidential.

The allegations made against Mr. Wenig in the Sunday Times article raise serious questions about the political culture at the Commission’s trade department. It is therefore imperative that the Commission draws clear conclusions on the implications of the case and announces these publicly.

Two observations. When Mr. Wenig retired in May, his age was 61. Is that a normal age for retirement at the Commission? And why has there been a silence of over a year on a controversial case like this? Surely the Commission isn't intending to cover up this issue?