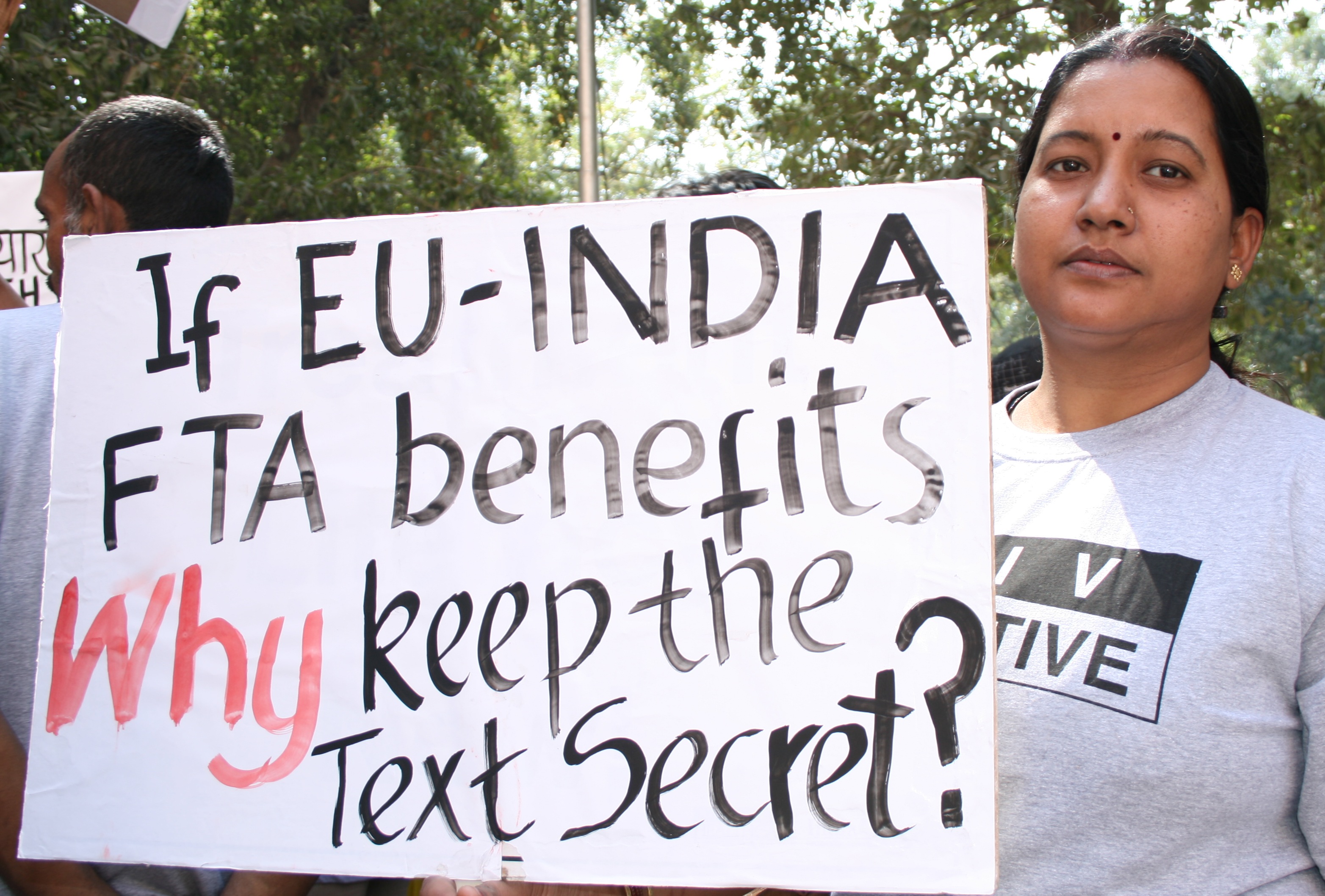 In a meeting on 11 April, members of the European Economic and Social Committee (EESC), one of the European Union's official advisory bodies, have spoken out about the flawed negotiating process in the EU-India free trade agreement (FTA). The EESC's lead person on a report looking at the FTA described the talks as "wrong and non-transparent".

Madi Sharma, a member of the European Economic and Social Committee (EESC), which was set up to advise the EU institutions, described the talks as “wrong and non-transparent”. Sharma, who is the EESC's lead person on a report looking at the FTA, is also a businesswoman, who trades with India. She presented her "preliminary considerations" for the report in a meeting in Brussels on 11 April.

The EESC is seen as a key bridge-builder between the EU and it’s people, who are represented on the committee by businesses, trade unions and other interest groups. While its role is purely consultative, the majority of its proposals are taken into account by the Commission and it is generally considered an active player in EU-policy making. As such, this scathing attack on how the Commission goes about the EU-India talks is remarkable.

Sharma, who is based in the UK, called for the suspension of the negotiations until studies had been carried out to “assess the likely economic and social risks of the FTA on Indian society”. Until now, the talks have been guided by a study that fails to take the FTA’s impact on the informal sector into account – even though over 90% of the Indian economy is informal, so made up of people like street vendors and domestic workers. Sharma warned of potential human rights violations as a result of structural changes in India’s informal sector, with women being disproportionately at risk.

Not all stakeholders equal

Sharma also criticised the fact that civil society in India has not been consulted on the FTA and that both the Commission and the Indian government seem to be mainly listening to big business interests. Referring to Corporate Europe Observatory’s legal action against the Commission’s corporate-biased consultation policy, she stated: “It does appear to be clear that the European Commission, and the Government of India, are not consulting with all societal stakeholders on an equal footing.”

Sharma also raised the issue of access to medicines. While health groups have warned that the FTA could undermine India’s ability to produce life-saving, affordable drugs, EU negotiators assured the EESC that nothing in the FTA will hamper access to medicines. So, Sharma asked the Commission officials present in the room: “If there is nothing to worry about, why not show us the text?”

The EESC debate took place after six of the committee's members took part in a study trip to India in March. They met the EU delegation, industry associations and civil society groups opposed to the FTA – even though the EU delegation in Delhi had advised them not to meet the latter. To gain a better understanding of India’s informal economy, the delegation also visited some of Delhi’s street markets.

Belgian trade unionist and president of the EESC’s EU-India committee, Xavier Verboven, said it was clear from the visit that large parts of Indian civil society and in particular trade unions had not been consulted by the Indian government. He added that it was unusual that trade negotiations affecting millions of people were being conducted behind closed doors. There was an urgent need for an impact assessment that addressed India’s informal economy, he added.

The Commission seems to have been taken aback by this criticism. Annette Grünberg from the administration’s trade department had to admit that “our consultation with civil society could be better”.

Grünberg also admitted that the methodology used for the EU’s impact assessment was not perfect “in every little detail”. Presumably the ‘little detail’ referred to the 90% of the Indian economy the study had ignored? Or the ‘little detail’ of the impact that the deal will have on India's working women, who according to a representative from the International Trade Union Confederation (ITUC) are almost all employed in the informal sector (96-97%)?

Apparently unable to rebut Sharma’s critique, Swedish company, Ikea and representatives of the European Retail Roundtable and the lobby group Eurocommerce, simply restated their claims that the FTA would benefit Indian society and insisted that negotiations must be concluded as fast as possible.

BusinessEurope and the European Services Forum, two of the most active corporate lobby groups pushing for the FTA with India, did not even bother to show up at the EESC – despite being invited. They seem to prefer to influence the process through their regular behind-closed-doors meetings with the Commission.

Madi Sharma’s proposals were only preliminary considerations ahead of the EESC's future report on civil society's role in the EU-India FTA. But it is to be hoped that the committee will use its position, informed by the realities on the ground in India and in the EU, to stand up against the big business profit motives which appear to be driving the negotiations.