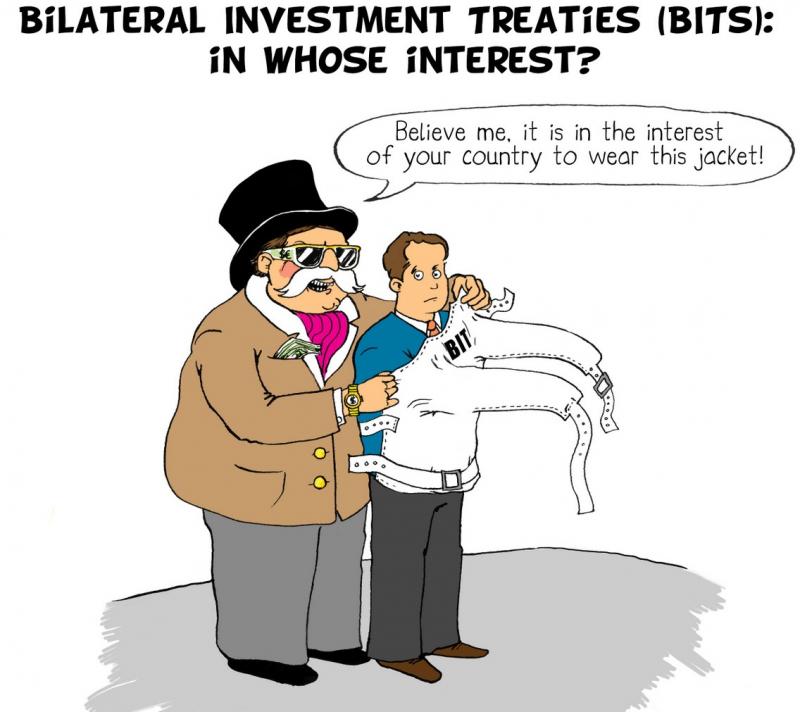 New rules due before the Parliament this week will allow investors from China, India or elsewhere to sue EU member states if they find that a law in the area of public health, environmental protection or social policy interferes with their profits. A new CEO report shows how law firms, industry and member states have manipulated the debate leading to the proposals and how a number of MEPs have tabled industry-biased amendments to prevent a more balanced investment regime. One of them is "Mr. cash-for-amendments" Pablo Zalba Bidegain.

Next week, MEPs are due to vote on a report from the Parliament’s international trade committee (INTA) about Europe’s international investment policy – giving guidelines for the rights of foreign investors under future EU trade deals. The vote follows fierce attempts by law firms, industry and member states to enshrine the right of foreign investors to challenge national laws that affect their profits. As a result, European member states could soon find domestic laws challenged by foreign companies – and politicians will have no powers to intervene.

The report due before the Parliament will effectively give the green light to a European Commission proposal to grant new privileges to foreign companies, allowing them to challenge policies from the local to the European level if they look like they might harm the profitability of a company's investments. The proposal threatens to take millions of Euros in legal expenses and compensation out of taxpayers’ pockets and interfere with the ability of European governments to legislate in the interests of their citizens. Yet the Commission is already integrating these new corporate rights into its planned free trade agreements with India, Canada and Singapore.

At the same time, INTA is also discussing a report on the future of the over 1,200 existing investment treaties of EU member states, which give similarly sweeping rights to foreign investors.

In both cases the European People’s Party (EPP) has been campaigning against any attempt to rectify the current unbalanced investment regime and impose social and environmental obligations on investors. Several EPP MEPs have tabled amendments which appear to have come from outside the Parliament, making the original draft report more investor-friendly. Among them is the Spanish MEP Pablo Zalba Bidegain, who was the fourth MEP to be caught accepting cash in return for amending laws by undercover journalists. EPP members Daniel Caspary, Godelieve Quisthoudt-Rowohl (both Germany), Christofer Fjellner (Sweden) and Emilio Menéndez del Valle from the Socialists and Democrats (Spain) have also proposed changes that are strikingly in line with industry demands.

The EPP’s attack follows a misleading lobby campaign by EU member states, law firms and industry lobby groups including BusinessEurope and the European Services Forum. They have misled MEPs with claims that are either unsubstantiated or have been contradicted by evidence, and have withheld crucial information about the immense legal, budgetary and policy risks created by investment agreements.