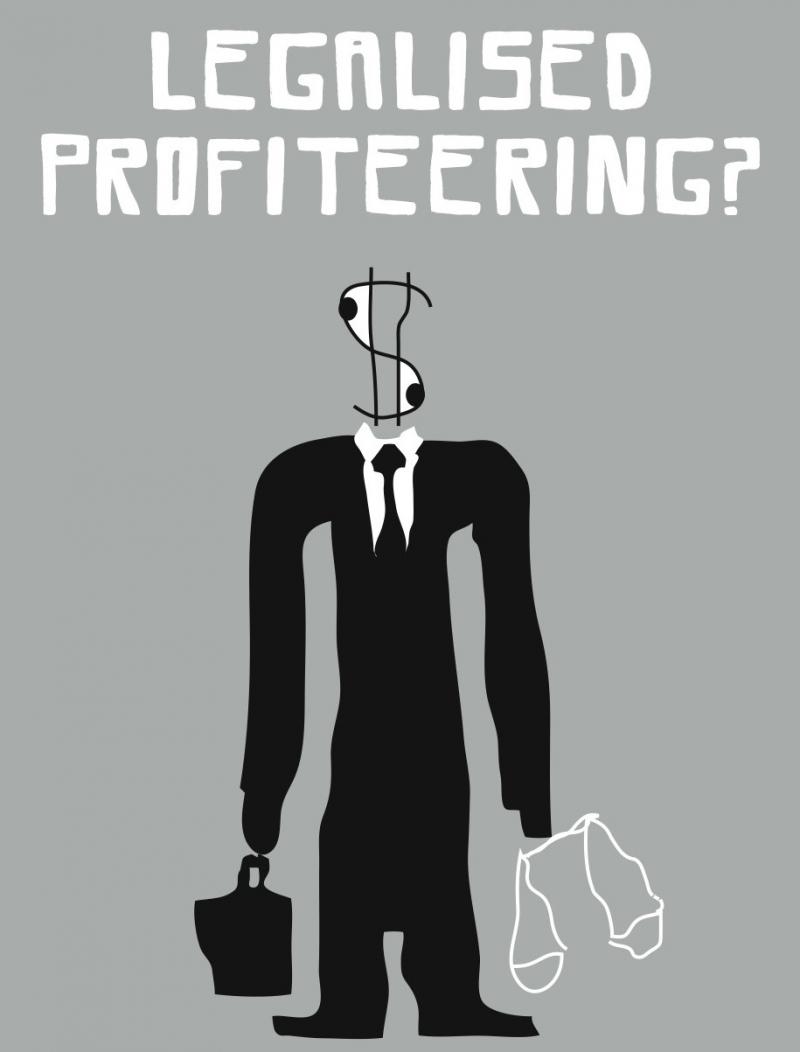 Across the world, corporate lawyers have taken full advantage of an unjust investment regime to make multinationals sue sovereign governments for millions of Euros. At great personal financial gain, they have actively pursued cases, exploited loopholes and created an explosion in the number and costs of dispute settlement cases - with devastating social, environmental and budgetary impacts for sovereign states and ordinary people. A new briefing paper by CEO and TNI shines a light on their vested interests.

On 10 March 2011, the world’s attention was firmly focused on events in the north African nation of Libya. A popular uprising against Gaddafi a month before had turned into a full-scale civil war. The concern voiced by rebels and politicians throughout the UN was of a possible imminent massacre. On the very same day, a prominent international law firm, Freshfields Bruckhaus Deringer, also had its eye on Libya but seemed to have something very different on its mind than human casualties.

In a briefing published that day, they decided to advise multinational corporations on how to defend their threatened profits in Libya in the midst of a humanitarian crisis. Notably the briefing suggested corporations could use Bilateral Investment Treaties (BITs) to sue the Libyan state, claiming that investors could claim financial compensation for Libya’s failure to comply with “promises to investors regarding physical security and safety of installations, personnel etc.”

Freshfields – whose equity partners earned £1.308 million pounds profit in 2010/11 at a time of global recession – was not the only international law firm looking to defend its clients in the midst of a civil war. Two months later in May 2011 at the height of NATO bombing, the international law firm King and Spalding advised multinationals that they could still sue Libya using BIT rules by arguing that Gaddafi had created an “untenable, unstable and unpredictable investment environment.” The law firm even suggested that it would be possible to make claims against a possible post-Gaddafi government based on the principle of ‘continuity of states’ although it admitted that arbitrators “might be reluctant to impose substantial damages against Libya at a time when it is recovering from a major political, social, and economic crisis.”

The Libya case is just one case that stands out in a highly lucrative arbitration business where 390 cases have been filed by legal firms on behalf of multinational companies against governments. The payouts made by governments in terms of compensation have reached tens of billions of dollars, with legal fees worth tens of millions of dollars.

They suggest a new breed of international ‘ambulance chasers’ has emerged on the global stage. ‘Ambulance chasers’ was the term given in the late 19th Century to lawyers that sought to profit from someone’s injury or accident. Today, they are international law firms making money from fuelling international investment disputes – with devastating social, environmental and budgetary impacts for sovereign states and ordinary people. To maximise their profits, law firms have promoted investment arbitration in universities, developed funding mechanisms to make it easier to finance cases, and have lobbied politicians to prevent changes to the investment regime. By doing so they have maintained and supported an international legal framework that is structurally biased in favour of corporations and prejudicial against sovereign states and ordinary people.

Read the full briefing paper by CEO and TNI in English and Spanish: