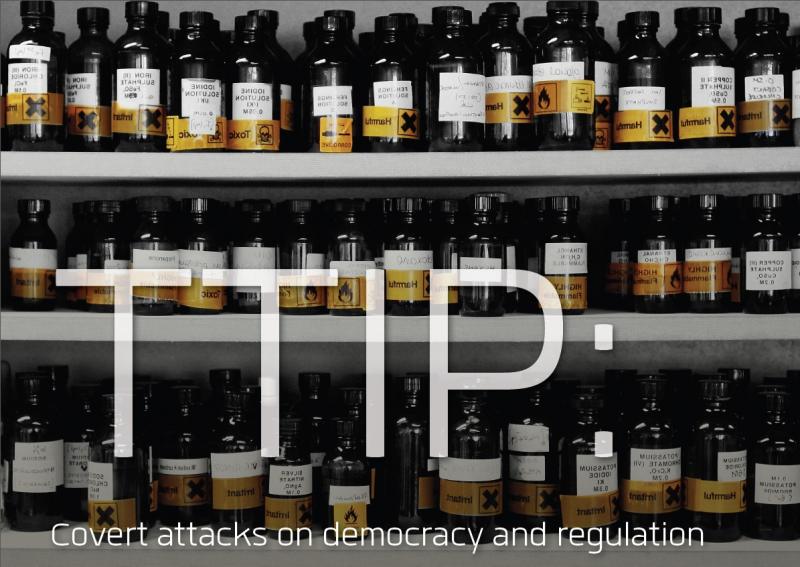 A beginners guide to "regulatory cooperation"

The EU Commissions' proposals on "regulatory cooperation" poses a threat to regulation that protect our health, the environment and our welfare - and they are a threat to democracy. Read the beginners guide from Corporate Europe Observatory, LobbyControl and Friends of the Earth Europe.

There are good reasons to fear that the outcome of the negotiations between the US and the European Union on the Transatlantic Trade and Investment Partnership (or TTIP) will result in a weakening of democracy and standards to protect us. Controls protecting against everything from toxic chemicals, unhealthy food, downward pressure on wages, to wild speculation by banks – to name just a few – could be under threat from this treaty. TTIP could also transform the shape and function of our existing political institutions, particularly their role in ensuring accountability towards citizens for the decisions taken. Of particular concern is the proposal in TTIP for “regulatory cooperation”.

But what is "regulatory cooperation"? What proposals are the negotiators considering? And why is there reason for concern?

Read the beginners guide from Corporate Europe Observatory, LobbyControl and Friends of the Earth Europe.

We must fight this appalling idea. It is so unbelievable that our government could want this to go ahead, it beggars belief. This in itself is dangerous as most sane poeple simply won't believe it.
More reasonable evidence needs to reach those poeple living in ignorance of this.