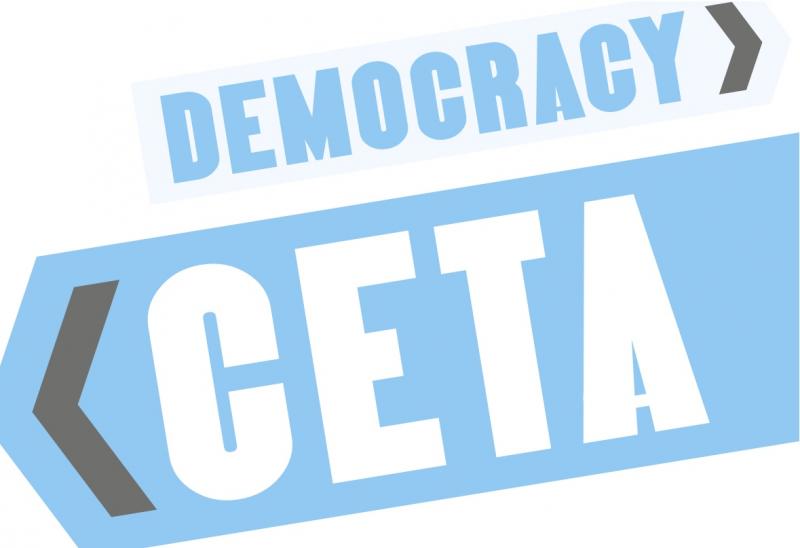 The EU's Comprehensive Economic and Trade Agreement (CETA) with Canada could unleash a wave of corporate lawsuits against Canada, the EU and its member states – including through the Canadian subsidiaries of US multinational corporations. This is the result of an in-depth analysis of CETA’s investor rights by Corporate Europe Observatory and 14 other environmental NGOs, citizens’ groups and workers unions from both sides of the Atlantic published today.

Read the full report in English, German, Spanish and French.

On September 26, 2014, Canada and the European Union (EU) announced the conclusion of a far-reaching economic integration agreement, the Comprehensive Economic and Trade Agreement (CETA). The agreement includes an investor-state dispute settlement (ISDS) mechanism, which could unleash a corporate litigation boom against Canada, the EU and individual EU member states, and could dangerously thwart government efforts to protect citizens and the environment.

The ISDS mechanism gives foreign corporations the ability to directly sue countries at private international tribunals for compensation over health, environmental, financial and other domestic safeguards that they believe undermine their rights. These investor-state lawsuits are decided by private commercial arbitrators who are paid for each case they hear, with a clear tendency to interpret the law in favour of investors.

ISDS can prevent governments from acting in the public interest both directly when a corporation sues a state, and indirectly by discouraging legislation for fear of triggering a suit. Globally, investors have challenged laws that protect public health such as anti-smoking laws, bans on toxics and mining, requirements for environmental impact assessments, and regulations relating to hazardous waste, tax measures and fiscal policies.

Key findings of the report:

1) Canada’s experience with the North American Free Trade Agreement (NAFTA) illustrates the dangers of investment arbitration. Under NAFTA, Canada has been sued 35 times, has lost or settled six claims, and has paid damages to foreign investors totalling over C$171.5 million. Ongoing investor claims challenge a wide range of government mea- sures that allegedly diminish the value of foreign investments – from a moratorium on fracking and a related revocation of drilling permits to a decision by Canadian courts to invalidate pharmaceutical patents which were not sufficiently innovative or useful. Foreign investors are currently seeking several billions of dollars in damages from the Canadian government.

3) The risks to Canada of being sued by banks, insurers and holding companies will increase significantly with CETA. These risks are evident as speculative investors, backed by investment lawyers, are increasingly using investment arbitration to scavenge for profits by suing governments experiencing financial crises. EU investment stocks in Canada are significant in the financial sector, which would gain far-reaching litigation rights under CETA.

4) CETA would increase the risk to the EU and its member states of challenges by Canadian investors in the mining and oil and gas extraction sectors. Canadian investment stocks in the EU are significant in these sectors, and Canadian mining companies are already engaged in a number of controversial natural resource projects across the EU. Mining specialists are celebrating CETA as a “landmark” agreement, which could have “major implications for miners.” Oil, mining and gas corporations around the world are increasingly turning to investment arbitration.

5) Canadian subsidiaries of US-headquartered multi- nationals will also be able to use CETA to sue European governments, even if the EU eventually excludes or limits investor-state dispute settlement within the Transatlantic Trade and Investment Partnership (TTIP) currently under negotiation with the US. This is particularly worrying for Europeans as US corporations dominate the Canadian economy. EU-based subsidiaries of foreign companies would also have the same power to challenge measures in Canada.

7) Opposition to investor-state provisions in CETA is growing on both sides of the Atlantic amongst civil society organisations, trade unions, and even EU member states. In response, the European Commission and the Canadian government have begun a misleading propaganda effort aimed at downplaying the risks of investment arbitration and diverting attention from the fundamental problems of the system by focusing on cosmetic reforms.

8) The “reforms” that the European Commission and the Canadian government have promised to dispel concerns about ISDS will not prevent abuse by investors and arbitrators. On the contrary, CETA will significantly expand the scope of investment arbitration, exposing the EU, its member states and Canada to unpredictable and unprecedented liability risks.

There is no need for the creation of a special legal regime to protect foreign investors, especially in stable jurisdictions like the EU and Canada. Today’s multinationals are amongst the most successful and sophisticated in the world, capable of evaluating risk and the expected returns on that risk. Should the risk be too great, options such as regular courts, private insurance and public investment guarantee schemes are all readily available to them.

Trading Away Democracy calls on legislators in Canada and the EU to reject the investment protection provisions in CETA and in future treaties, including the controversial EU- US Transatlantic Trade and Investment Partnership (TTIP) and the Trans-Pacific Partnership (TPP).

The risks associated in allowing multi-national "free trade" agreements, whose provisions are being kept secret from all but negotiators, are too great to allow such agreements to enslave the peoples of the World. These proposed "free trade" agreements are clearly tools designed by those working to form a One World Government, the New World Order, where everything will be controlled by the rich and powerful progressive elites from around the World. The provisions within each of these documents (most of the provisions are kept in secret and that alone should prevent the peoples of the World from allowing their governments to enable such agreements) that allow businesses to sue governments could/will allow businesses to control governments. Especially in our World that is being destroyed by political correctness at this time.

Feudalism is a system whereby the rich and powerful landowners (macro-businesses) enslave those that work the lands (the peoples of the World) so that they can become even more rich and more powerful. History shows us that Feudalism destroys all forms of freedom and democracy and replaces them with a financial spreadsheet based on forcing the peoples to produce at maximum output before personal benefit can be realized. That same history shows that required output is more than likely to be at such a high rate that the peoples may only realize sufficient personal benefits to continue to exist impoverished.

I do not live in a World where my only option is to do what I am told at a rate that may barely allow me to have shelter and food with death as the result for my failure to meet a quota. I hope this not what you want for your children and grandchildren..

Think people. Read available information on these agreements. Raise cane about what you find. Make sure your government representatives know your opinions and tell them what they are on as many occasions as you can establish.