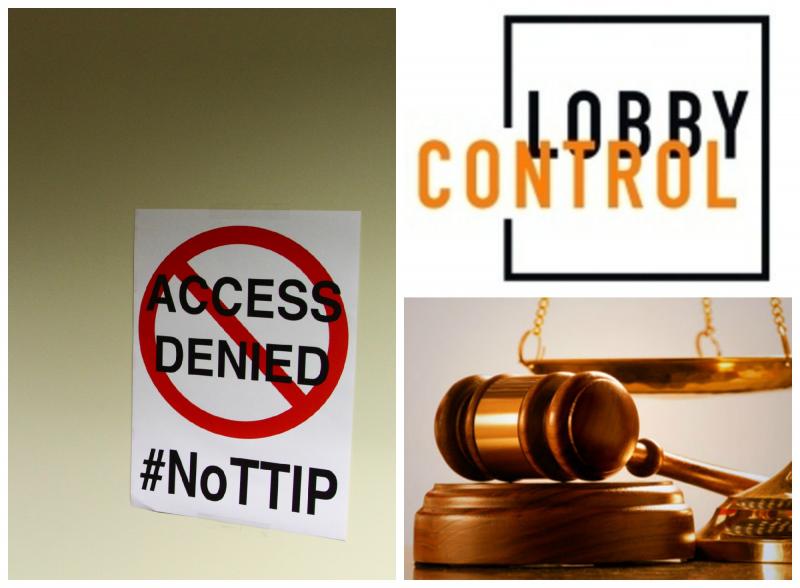 Law Firms: the most underrated lobbyists

Translation of an original article by LobbyControl, published 23/06/2015 here: https://www.lobbycontrol.de/2015/06/rechtsanwaltskanzleien-die-unterschaetzten-lobbyisten/

Big companies usually come to mind when thinking about lobbying while the influence of law firms goes unrecognized. Currently, law firms account for 90 of the 7910 registered organizations in the EU Transparency Register, but walking through the EU quarter in Brussels it is impossible to overlook the numerous offices of international law firms. This suggests, that the amount of such firms lobbying on EU policy-making – in their own, or their clients' interest – is well above the 90 law firms registered.

Lobbying on the issue of Investor-State Dispute Settlement (ISDS), which is part of the Transatlantic Trade and Investment Partnership (TTIP) negotiations, is especially controversial. Yet little is known about these secret lobbying activities. Law firms can work unhindered in the shadows of the EU lobby register and its advantageous lack of requirements and controls.

Law firms and their stake in TTIP

Ongoing talks on TTIP are promising for law firms. If ISDS is part of the agreement, law firms are set to gain. The investor-state lawsuits, which are dealt with at arbitration tribunals are based on bilateral treaties including provisions on investment protection. Free trade agreements such as the EU-Canada Comprehensive Economic and Trade Agreement (CETA), TTIP or the transpacific free trade agreement (TPP) are presenting a new basis for lawsuits concerning a huge economic area, which could lead to a significant rise of arbitration proceedings. These are extremely lucrative for law firms as they can earn money by representing plaintiffs; acting as defense counsel; as well as by providing the arbitrators. Firms charge up to $ 1000 an hour for such work. Law firm Shearman & Sterling for example earned $ 70 Million from one single ISDS case.

The British law firm Freshfields Bruckhaus Deringer is one of the big players in investment protection. But this is not Frehsfields' only field of activity. On their website they praise their “close relationships with EU regulators and legislators” and promote an ability to influence in the interest of their clients'. Although Freshfields clearly states that it is lobbying the EU institutions, they do not see the need to sign up to the Transparency Register.

The US law firm K&L Gates is currently defending Germany in Vattenfall's case against the state following Berlin's decision to phase out nuclear in the wake of the Fukushima disaster. Nonetheless K&L Gates claims to have the biggest lobbying department of all lawfirms that are active worldwide, they are absent from the lobby register. The firm is also member of the Transatlantic Business Council (TABC), one of the most eager lobbyists on TTIP. This offers additional possibilities to influence regulations and legislation.

Hogan Lovells – another law firm absent from the register – even provides one of the two board chairs of the TABC, Hugo Paemen. Its not surprising then that they are promoting TTIP in several publications. According to their website, Hogan Lovells advises “businesses and trade associations on engaging effectively with EU institutions in order to influence directives and other regulations". Their lobby activities also include regulatory and legislative design and drafting on behalf of their clients.

Sidley Austin characterizes their Brussels office as “a leader in helping companies, industry associations and governments navigate and shape EU rules”. Their lobbying also explicitly addresses TTIP. A partner of Sidley Austin offers advice on TTIP and advocacy for business interests with the negotiators. On top of that, Sidley Austin was one of the main sponsors of the EU-US Trade Conference organised by Forum Europe in February this year, which focused on TTIP. We covered this event, which gave companies the opportunity to “buy” an exchange of views with EU policy-makers for comparatively little money. Both Trade Commissioner Malmström, and Bernd Lange, chair of the European Parliament's trade committee, participated in the event and could be lobbied. Despite these obvious lobby activities Sidley Austin has not signed up to the Transparency Register.

Similar to the cases mentioned before, Covington & Burling offers lobbying services to its clients. Thanks to close connections – Wim van Velzen, now “Senior European Policy Advisor” for Covington was vice chairman of the EPP European parliamentary group for 15 years – Covington maintains a close relationship with the EU institutions and only recently signed up to the lobby register. They declare lobby expenses of between € 900.000 and € 1 million.

EFILA: Don't get your hands dirty!

In July 2014 several internationally active law firms founded the European Federation for Investment Law and Arbitration (EFILA), a think tank supposed to provide a platform for an “objective debate” on investment arbitration. In order to assess EFILA's objectivity, one can take a closer look at its members. All EFILA members make money from investment arbitration. Therefore, including ISDS in TTIP would be very lucrative for them. Consequently, EFILA intensively promotes private arbitration tribunals in TTIP and highlighted this in the EU Commission's consultation on investment protection.

Only two of the nine EFILA members (Shearman & Sterling, Linklaters) are signed up to the Transparency Register, providing vague information on their lobby activities. EFILA itself is signed up, declaring a budget  of €51,000 for the second half of 2014, but lobby expenses of under €10,000.

Regarding  their work on EU regulations and legislation, US law firm White & Case – also a member of EFILA – proudly states to “not just apply the law, but help to shape it”. Although this statement clearly indicates lobby activities by White & Case itself, the law firm has not signed up to the register. It only appears as a client of the consultancy firm APCO Worldwide. Also German law firm Luther, and Swedish law firm Mannheimer Swartling, are both members of EFILA. Together they are leading the case for Vattenfall against Germany based on the nuclear phase-out. However, there is clear evidence for Mannheimer Swartling's political lobbying activities. On January 28th 2015, representatives of Mannheimer Swartling met with two members of the Trade Commissioner's cabinet.

Read more about EFILA in this report by Corporate Europe Observatory (CEO), Friends of the Earth Europe and the Transnational Institute (TNI): http://corporateeurope.org/sites/default/files/efila_report-web.pdf

Citizens have the right to know who influences policy-making and to what degree. The current rules are not sufficient to uphold this right. Thanks to the loopholes in the register for law firms, hardly anything is known about lobbying for the controversial arbitration tribunals in TTIP. This could have serious consequences: TTIP could undermine democracy and strengthen the influence of corporate lobbyists.

As long as law firms publicly advertising their effective lobbying strategies and do not have to sign up to the EU Transparency Register, the Commission's efforts at furthering lobby transparency remain a farce. If the current approach – a register which is not legally binding but aims to encourage organizations to sign up by providing incentives – is not able to increase transparency regarding the lobby activities by law firms, it is a failure.

Translation of an original article by LobbyControl, published 23/06/2015 here: https://www.lobbycontrol.de/2015/06/rechtsanwaltskanzleien-die-unterscha...