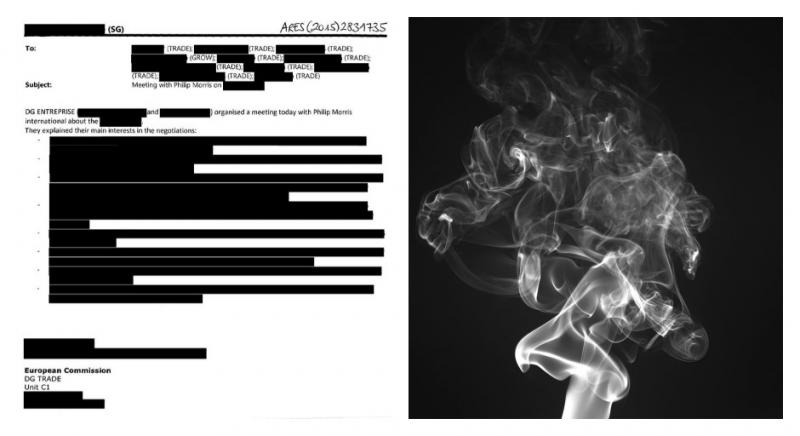 Transparency (or lack thereof) at the European Commission.

Earlier this week, the European Commission 'released' very heavily redacted documents (see PDFs below) concerning their contacts with the tobacco industry on EU trade negotiations, including the ongoing EU-Japan and EU-US trade talks (TTIP). In all four documents (correspondence with and minutes of meetings with tobacco lobbyists) virtually all the content is removed (blacked out) including the names of all tobacco lobbyists and Commission officials involved. In a 14-page letter from British American Tobacco, for instance, less then 5% of the text is visible (a few fairly meaningless sentences about introductory and closing remarks ). In a one-page summary of a meeting with Philip Morris even the date of the meeting is removed and there is no mention of which trade negotiations were discussed. The Commission describes this as "partial access". 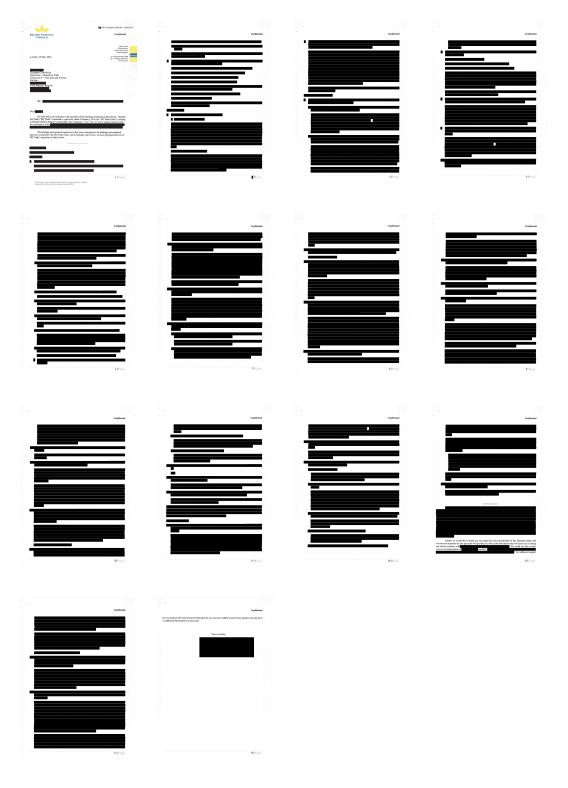 The documents were released with a response from Catherine Day (Secretary-General of the European Commission) to a freedom of information request submitted by Corporate Europe Observatory in March 2015. In a previous response, the Commission had already released two somewhat less redacted documents, but fully refused access to four others. CEO had appealed this decision, asking the Commission to allow full access to all of these documents. CEO provided a detailed argumentation for why there is a clear overriding public interest in the disclosure of the documents. The disclosure of the documents is necessary in order to "enable the public to scrutinise the nature of the relations between DG Trade and the tobacco industry" and "to enable the public to assess the extent to which the EU-Japan FTA (and TTIP) poses a risk to tobacco control policies." CEO highlighted that transparency around these documents is needed to know whether EU trade negotiators, following discussions they have had with the tobacco industry, are attempting to influence tobacco control regulations in other countries and whether they are promoting the inclusion of the controversial investor-to-state dispute settlement (ISDS) in new trade agreements.

CEO also challenged the removal of names of tobacco lobbyists and Commission officials from the documents. CEO argued that the Commission "should provide full transparency around its contacts with tobacco industry representatives", referring not only to the EU's freedom of information law (Regulation 1049/2001), but also to transparency obligations under the World Health Organisation's Framework Convention on Tobacco Control (FCTC). The FCTC and its accompanying guidelines oblige governments to limit interactions with the tobacco industry to a minimum and to ensure full transparency of those interactions that occur. The full argumentation is online here: http://www.asktheeu.org/en/request/contacts_with_the_tobacco_indust

Catherine Day in her letter dismissed these arguments, claiming that the public interest in transparency "does neither outweigh the public interest in protecting the Commission's international relations and decision-making process, nor the commercial interests of the companies in question". Day restates the Commission's previous arguments, including that the documents cannot be released because they "contain elements that relate to the Commission's negotiating position with regards to tobacco in the ongoing bilateral negotiations for a free trade agreement with the USA and Japan"

"Documents 3, 4 and 5 contain elements that relate to the Commission's negotiating positions with regard to tobacco in the ongoing bilateral negotiations for a free trade agreement with the USA and Japan" - Secretary General of the European Commission, Catherine Day quoted in this letter: http://www.asktheeu.org/en/request/1842/response/7684/attach/7/HOEDEMAN%...

CEO is deeply concerned about the Commission's secrecy around its relations with tobacco industry lobbyists and more widely the secrecy around its international trade negotiations. We are therefore preparing a complaint to the European Ombudsman.

Keep up the good work! You are incredibly important and deserve more attention and credit for what you do.

Why can they share information regarding their position with industry representatives but not the public ?

Until this was published, I was a sceptic regarding the conspiracy theories around the agreement. After seeing this, it is my opinion that the agreement must be scrapped, it has been irretrievably compromised by this obfuscation.

It has now become more important for democracy and the future of the EU to bring down this sort of approach, than any benefits that the agreement would bring. Benefits that I hereto supported.

This is a black day for the European Commission.

A hit in our faces
WTF

Calling this censored documents "transparency" is like a hit in my face....

If our politicians are "partial assholes", I vote to give them "partial access" to their salary. At the same ratio they give us information!

Are they f**ing kidding us?

How to keep pace with such nonsense?
mehercule

Is there a way to sue the commission legally for forcing waste of ink?
Are we somehow supposed to take the term 'transparency' seriously in this context?
RIDICULOUS!

It's time the elected EU representatives came clean with the electorate. What are the commission hiding? Until they answer that question the conspiracy theorists will have a field day and every day that passes without proper information being provided is one day closer to my believing the conspiracies.

Thanks, a work of merrit
Joseph Kuhn

Picked up on Scienceblogs (German):
http://scienceblogs.de/gesundheits-check/2015/08/30/tipp-verhandlungen-…

This is good
Suzanne de Jong

I tend to disagree

I still can't believe that in the 21st century, where the health of the people should take precedence, that organizations can be allowed to get away with this.
There is way too little transparency regarding the tobacco industry and who is lobbying for what. The same goes in the vaping industry where only last week a report was published about e-cigarettes, only for rumours to follow that it had been commissioned by someone with a vested interest in the industry (a round without foundation as it transpired).
The people need to be put first here no matter what, as too many lives are at stake.