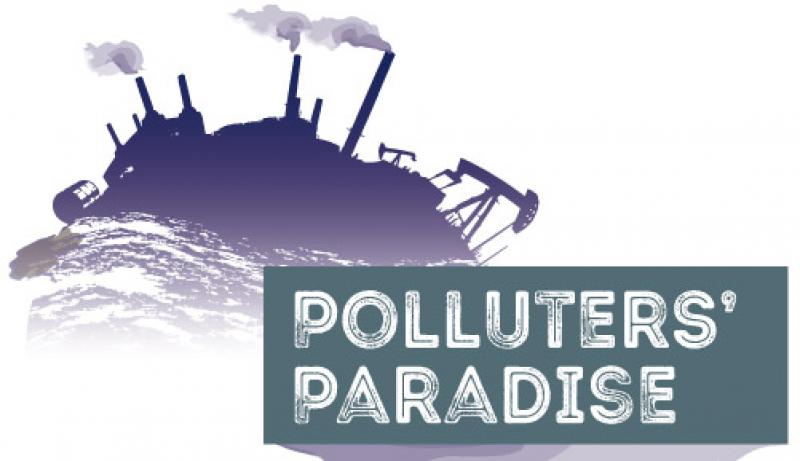 Read the full report in English, French, German and Spanish.

Avoiding catastrophic climate change is the defining challenge of our time. If we are to have a chance of preventing extremely dangerous levels of global warming, much of the world’s fossil fuels – oil, coal and gas – must be left in the ground, unexploited. Societies need to move to an energy system based on renewable sources like sun, wind and water.

This colossal change will require strong action from public authorities. But their ability to introduce the right laws and regulations is severely constrained by a little-known but very powerful legal system. This international investment regime has ensnared many countries in its legal nets in the last decades.

Thousands of trade and investment agreements signed between countries allow multinational companies to sue governments if changes in policy – even in rules to protect the environment or fight climate change – are deemed to reduce their profits. By the end of 2014, there were 608 of these investor lawsuits known to be taking place within international tribunals. The costs of these suits weigh heavily on governments, in the form of hefty legal bills and weakened social and environmental regulations.

A growing number of investor-state lawsuits target government initiatives in the energy sector, ranging from the phase out of nuclear power to moratoria on environmentally-risky shale gas development (‘fracking’). As law firms make money each time that an investor sues a state, this encourages more and more corporate lawsuits: for example, over legislation in the renewables sector.

Despite the evident risk to energy transition, even more trade and investment deals are in the pipeline that would empower corporations to challenge strong government action on climate change. Amongst them is the Transatlantic Trade and Investment Partnership (TTIP), currently under negotiation between the EU and the US, and the Comprehensive Economic and Trade Agreement (CETA) between the EU and Canada, for which ratification could start in 2016.

Yet while big polluters are lobbying heavily for these deals, a growing movement is turning against the corporate power grab. Indeed, there is now more public scrutiny and debate about trade and investment agreements than there has been in years.

Read the full report in English, French and Spanish.

Climate activists organised an action in Paris this morning - PHOTOS BELOW - in front of the MEDEF offices to denounce its positions against climate justice. Influence Map has ranked this French employers organisation as one of the world's most obstructive lobby group in terms of climate action. MEDEF is a big support of shale gas fracking and transatlantic trade agreements. Deals like CETA and TTIP will increase the exploitation of this super polluting fossil fuel, as well as the exploitation of tar sands. MEDEF is also a member of BusinessEurope, the main European lobby group for multinationals pushing for free trade deals which are highly dangerous in terms of climate impact, as this report shows.

– $.50 is ‘heat energy’ and our DIRECT CONTRIBUTION TO GLOBAL WARMING! Bought, paid for, and then WASTED by US!\

With the added ‘insult to injury’ to our ENVIRONMENT of ‘dumping’ the products of combustion DIRECTLY into the air we breathe, no less! From both our home heating systems and transport vehicles.

The ‘S2P’ system addresses this ‘problem’ for both increasing ‘energy efficiency’ in transport by 25% while in the ‘home or process heating system’ the increase in energy efficiency approaches 100% and in both nearly 100% of the “Acid Rain” causing GHGs are removed.

Do not mix TTIP; CETA,TISA with the clima lie !!

Many people will not partissipate in the next Demonstrations against TTIP as we did in Berlin.

The only reason for a so called Clima Change is Geo- Engineering through HAARP electromagnetic waves and spraying of chemtrails. This is indeed manmade. There is so far no scientific proof for manmade carbondioxyde.
The real enemy is the financial- military and nuclear- complex who invented it and benefit from this lie.

Global warming is not caused by heat released by devices.
Its about energy from the sun being reflected by Co2 and thus trapped in, heating the earth. The gas's we release from our processing and use of carbon based fuels is what is important. As you put it the "dumping of the products of combustion" - thats whats causing our climate to change.

You can think of it as one person a few meters away has a huuugggeee mirror and is reflecting the sun at your face.
Another person has a lit match standing at the same distance.
The sun, thanks to the mirror, is whats going to blind you, and possibly set you on fire if its focused. The guy with the match you wont even notice. The energy levels just arnt on the same scale.

Direct "heat energy" from devices are irrelevant in comparison to the reflected heat - the sun is just massively more powerful heat-wise then anything on earth.
--

Catalytic Converters, meanwhile, do indeed add a little bit of a Co2 - in the process of removing carbon monoxide from the fumes of vehicles. But carbon monoxide is WORSE then Co2 in terms of global warming, however, so while the exhaust is still bad, its *better* because of those catalytic converters.
Not to mention the air is less toxic to humans directly thanks to them.