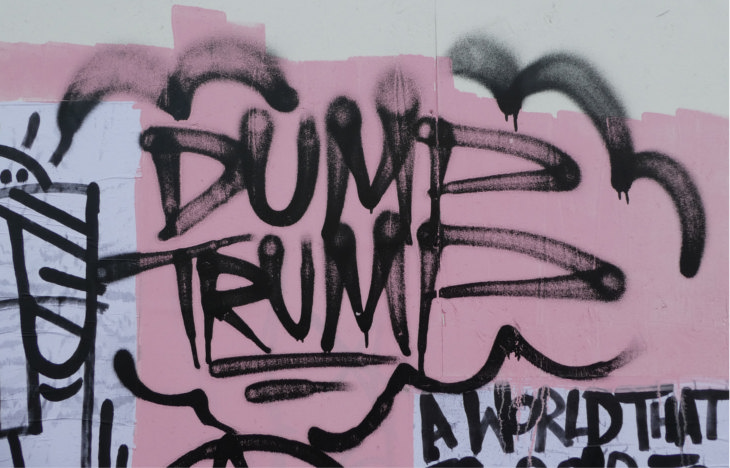 Reports of TTIP's death have been greatly exaggerated: in spite of Trump's populist outbursts and his pledge to change US trade policy, the TTIP agenda suits his corporate buddies all too well and goes hand in hand with the EU’s corporate trade agenda. It is likely to return in one form or another.

For months now, the proponents of CETA and TTIP (respectively, EU-Canada and prospective EU-US trade treaties) have warned that US President Trump represents a threat to – what they claim are – fundamentally 'progressive' and 'inclusive' trade agreements that will benefit all. When the European Parliament voted for CETA in February, they made it sound as if the agreement was somehow a response to the nationalist holler of the billionaire President, who some blame for ditching TTIP. And indeed, Trump played to his base over his 'dramatic U-turn' on US trade policy, scrapping the Transpacific Partnership, launching a renegotiation of NAFTA, and proposing protection of certain US sectors against foreign imports. But in reality the change may be only skin-deep.

A few months ago, the notion of Trump's great trade U-turn had some merit; today not so much. A change in approach, and some clarifications from his business buddies, means the new US President is falling into line with the US trade policy we are all too familiar with – albeit with some modifications. And proponents of current EU trade policy can enjoy an emerging Trump agenda that has all the main characteristics of the corporate-led trade strategy we saw unfolding with TTIP.

And as for the huge trade deal that some left for dead a few months back, word is that TTIP is likely to reappear – perhaps by another name, but largely with the same content. With apologies to great American writer Mark Twain, reports of TTIP's death have been greatly exaggerated.

Events on both sides of the Atlantic nurtured the impression that TTIP was buried when Trump became President. As he ditched the Transpacific Partnership (TPP) and attacked NAFTA, scores of commentators and politicians assumed TTIP would suffer the same fate. While Trump never mentioned TTIP during his first months in power, his statements about “America First” led many to believe the death of the transatlantic deal was implicit. In the EU, Trade Commissioner Malmström announced that all things considered, TTIP is now in “the freezer”.

Prospects for TTIP became even gloomier when the President said he would put the UK first in line for a trade deal ahead of the European Union, and when he attacked Germany for the advantages its export industries enjoy thanks to the euro. A deal with Germany would be preferable, the President felt, to one with the EU as a whole.

And yet, there were always other approaches at play in and around the White House. While some certainly seemed to prefer an entirely new approach to trade, others were shocked at the prospect of the damage it could inflict on US corporations’ deep dependence on production within “global value chains”, ie production organised across borders. A rupture would be disastrous for the corporate world. A tug of war around the President was inevitable, and the signs that perhaps things would not change so drastically after all, soon appeared.

The clearest turnaround so far is over NAFTA. Initially Trump announced he was about to scrap the North American agreement entirely, but then he resorted to a much more mildly-toned appeal for renegotiation. The details of the US position are instructive. In late March, the White House sent a draft letter to Congress with relatively detailed proposals for a US position ahead of renegotiation of NAFTA. Broadly speaking, the content echoes the requests of US corporations, including more liberalization of trade in services, adding rules to liberalise trade in new sectors, including the digital trade and cross-border data flows, “regulatory reforms” to pave the way for increased exports of biotechnological products, elimination of “SPS measures” to remove protective food standards that block US exports, stronger rules on intellectual property rights – allegedly to deal with flexible rules in Canada intended to make medicine cheaper and available to the poorest – and last but not least, the letter emphasizes the importance of investor-state dispute settlement, the infamous ISDS.

This menu is well known. More than anything, it is about modernizing NAFTA to fit the current corporate trade agenda, not about a new design.

There are, however, some elements that go in another direction. Proposals on “anti-dumping” and “countervailing duties” essentially keep the benefits of free trade to US corporations while building in more capacity to protect certain of their domestic sectors to be applied when it is opportune. Here, the US President – or rather his top trade officials – wish to be able to temporarily impose higher tariffs in response to “threat of serious injury to the domestic industry” with neither Canada nor Mexico able to challenge such a measure under at the special courts set up to handle disputes between the three countries.

Should these ideas make it through the negotiations, they would put Trump in a comfortable spot: he would command a corporate trade regime, while retaining the option of a quick move on tariffs, should a particular sector be in dire straits. That would create the appearance of a President ready to pull the brake temporarily, without disrupting the basic model.  Spaces for populist outbursts are about to be built into US trade policy as an additional dimension and a further tool to safeguard US businesses.

This line is reflected in Trump’s approach to China as well. In a recent agreement, Trump secured more access for US financial corporations, a more forthcoming approach to GMO’s and export of beef to the Chinese –with more import of poultry in return. It is certainly a policy of “America first”, but it is implied it is synonymous with American corporations.

In this context, it is no surprise that the TTIP negotiations are set to resurface, perhaps as early as after the German elections in September. The dominant voices in the corporate world never let go of the transatlantic deal. In March a report from the US Trade Representative showed that while “important differences remained on critical negotiating areas of the agreement”, the book was never closed on TTIP. Now, earlier statements on a trade deal first with the UK, then with Germany alone, have been retracted; a trade deal with the EU is now on the President’s agenda.

It will hardly be quick, and it is likely to drag out. But there is nothing in the Trade and Investment Partnership that goes against the worldview and politics of Donald Trump. His political agenda, as we see it in the US today, fits neatly with the content and the direction TTIP was taking.

TTIP and Trump: together at last

Trump has initiated a large-scale plan to drive back environmental protection, not least protection that appears 'bureaucratic' – at least to the corporations it inconveniences. The method is pretty straightforward: business groups have been asked what they would like to see changed, and all sorts of horrors have poured in – from the BP asking for less monitoring by getting longer term leases when drilling in the Gulf of Mexico (what could possibly go wrong?!), to the building industry’s demand for annulment of paid sick leave when working on a government contract.  The approach looks very similar to “regulatory cooperation” under TTIP – that is, businesses actively participating in framing the new rules, with loads of space left for deregulation.

2. Give megabanks a freer hand

Trump has announced an all-out attack on the reforms of financial regulation adopted since the 2008 financial crisis in the US. In fact, in the wake of that crisis the Obama administration took some regulatory steps that annoyed European financial corporations so much they teamed up with the European Commission and banks on Wall Street to leverage TTIP to push for financial deregulation. Now with Trump, the EU and US positions have never been closer on this topic since the negotiations started in 2013.

Trump has initiated an attack on social rights on multiple fronts. One that stands out is his attempt to re-introduce market-based health care. The European Commission is in denial on this point, but in fact, this agenda fits neatly with TTIP, which threatens EU member state's nationalised health services. The services agenda of TTIP is all about attacks on regulation and about commercialization, and thus has a strong affinity with the Trump agenda. Finally, there is certainly no risk that TTIP will produce a strong agenda for labour rights.

Trump is making it clear he wants to see US corporations thrive, and recently he gave them a generous corporate tax cut. Does this generosity stretch to trade policy? Would he, for instance, take aim at the infamous special courts? Did anyone ever get that impression? If so, forget it. It’s official US policy to go ahead with the special courts. That goes down well with the EU, as nobody on the planet seems more eager to follow that road than EU trade negotiators.

There is little doubt the new instruments suggested for NAFTA will come in handy.  A recent attack on Canada – with high tariffs on soft wood, in retaliation against Canadian advances on the US market in dairy products – does show us a new style, with Trump trying to depict other countries as the source of US workers' problems. But at the same time he is waging war on social rights at home. This hypocrisy is the core of Trump’s brand of rightwing trade populism: there will be dramatic outbursts against other countries, but his main take on trade is that of the corporate world to which he belongs.

Trump has not moved the US away from the fundamental thrust of its trade policy, which has the interests of US corporations at its core. Many of the lobby groups that now swarm euphorically around the Trump administration to make the most of his pledge to deregulate – the US Chamber of Commerce, the Business Roundtable, and the National Association of Manufacturers – are the most enthusiastic supporters of TTIP. It’s not rocket science: to them, TTIP and Trump serve the same purpose.

TTIP or “TTIP without TTIP”

Doing a comprehensive trade deal with Trump would present major challenges to the European Commission. Trump is deeply unpopular in Europe, and likely to be more demanding than his predecessor on issues that are sensitive in the EU. The fact that TTIP has now been taken out of the deep freeze and put in the refrigerator, does not bode well. It shows the European Commission is willing to go for a deal that may be even worse than what was projected so far, or a push for the same agenda via other means, for instance close cooperation with the US of Trump on “investment protection”, food standards and chemicals by other means in small steps.

Should that happen, though, there is little doubt that such moves will be met by even stiffer resistance by civil society organisations, including green groups and trade unions, and by politicians far beyond Wallonia.