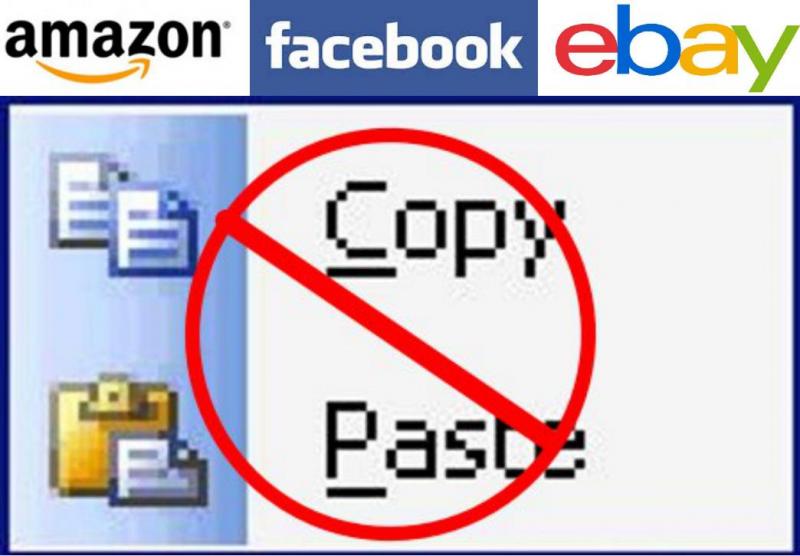 One of the biggest lobby offensives in recent years has been raining down on Brussels, as American internet giants have taken fright at the prospect of new data privacy laws proposed for the EU. But it turns out that an alarmed Amazon or enraged eBay are aggressive animals, with friends in high places. The result of this massive lobby effort has been revealed by a new crowdsourced lobby transparency project, LobbyPlag, which shows how MEPs have copy-pasted amendments written by IT multinationals directly into the EU’s new data protection law.

The proposed General Data Protection Regulation (GDPR) includes a ‘right to be forgotten’, which would compel companies to permanently delete or hand over all data they hold on a person on request. It would also require web businesses to gain explicit consent from individual users to collect their information and use it for a particular purpose. This would create a real barrier for the invasive but profitable business strategy of online data collection and profiling of individuals. Moreover, it would give national regulators the ability to fine companies up to 2 percent of their annual sales for not complying.

The proposed data protection regulation is currently being looked at by the European Parliament, and it is there that aggressive and fruitful lobbying is taking place, by US multinationals like eBay and Amazon, Facebook and Google, as well as digital technology lobby platform 'Digital Europe' (whose members include all the big IT names, like Apple, Blackberry, IBM and Microsoft) and Amcham EU - the American Chamber of Commerce to the European Union - a hugely well-resourced and controversial US lobby group. Green MEP Eva Lichtenberger dubbed it “one of the biggest lobby wars of all times”. Commissioner Reding, who proposed the legislation, described the lobbying as “absolutely fierce – I have not seen such a heavy lobbying operation”. And Green MEP Jan Philipp Albrecht condemned the lobby offensive as coming from “a wish list of companies that do not pursue harmonization of data protection in the EU, but complete deregulation."

This may sound very dramatic, but neither aggressive industry lobbying, nor the copy-pasting of amendments, are – alas – particularly unusual. What is unique is that thanks to the efforts of the OpenData group and a crowdsourced lobby exposé website LobbyPlag, the public can see exactly which changes proposed by lobbyists went straight into amendments by EU Committee members working on the proposed data protection regulation. LobbyPlag makes it possible to compare the lobbyists’ requests and the committee members’ proposals, and assess the impacts that those changes would have on data privacy in the EU.

The results show that dozens of amendments to the data protection regulation have been copied word-for-word from corporate lobby papers, which represent the interests and desires of the very same companies who have gained billions from the existing weak and inconsistent internet data privacy laws in the EU. As one commentator has put it, what is worrying in this industry copy-paste scandal is not so much the plagiarism as “the fact that measures designed to protect the European public are being stripped out and/or watered down by the very people we elected to defend us.”

So why are some of our elected representatives doing the bidding of big business, even when it harms the interests of the EU public?

One clue to why this happens is that a large share of the 754 MEPs are involved in cross-party groups, used by industry as vehicles for lobbying. There are dozens of such 'MEP-industry forums', funded by and frequently run by Brussels-based lobby industry groups and consultancies. These forums are currently not bound by transparency and ethics rules, in contrast with the officially recognised 'intergroups' for which some very limited rules exist. The key to the effectiveness of these under-the-radar lobby vehicles is that they gain a veneer of respectability by their large MEP membership. Which, for many MEPs, is often driven by a lack of internal expertise on a specific policy area.

Revolving doors between Parliament and IT industry

Another interesting thing about the European Internet Foundation is that it was co-founded by former MEP Erika Mann, who just so happens to be a prominent revolving door case in the digital industry.

The revolving door refers to public officials leaving their positions and going to work for the private sector, often as lobbyists, on the same areas they were previously responsible for regulating. This can lead to a merging of the interests of regulator and regulated, as big business gains inside knowledge, contacts and powerful influence. Erika Mann is a very symbolic case, who went from being an MEP for ten years, until 2009, specialising in internet and other issues of interest to the digital industry, to become the head of the Computer and Communications Industry Association – which lobbies on behalf of large computer product vendors and communications firms. She later became the head of Facebook’s Brussels lobbying. Facebook is one of the big players in AmCham EU, which LobbyPlag shows is one of the major sources of the industry amendments.

It was also revealed by the Sunday Times on Saturday, that Malcom Harbour, a British Tory MEP (part of the European Conservatives and Reformists in the European Parliament), and source of the largest number of industry amendments, has a double role as an insider for the digital industry. Harbour is a director of the Digital Policy Alliance (DPA), a non-profit organisation that aims to “influence the legislative process”, as the voice of the internet and technology sector. The firm, previously called Eurim, lists IBM, Microsoft and BlackBerry among its paid “members”.

Not only does this appear to be a clear conflict of interest, but Harbour has broken the rules in the code of conduct for MEPs by failing to include this directorship in his declaration of interests. The corporate members of the council of the DPA are IT industry lobbyists - "highly effective lobbyists" according to its president Lord Renwick. Furthermore, in 2010 a UK MP, then Chairman of Eurim (as DPA used to be called), was caught in an undercover sting operation boasting that the organisation was used for secret lobbying on behalf of the Internet and Communications industry.

David-versus-Goliath in IT expert groups

This IT lobby offensive has illustrated the David-versus-Goliath imbalance between the interests of the Internet giants and the citizens of the EU. Another example of this in the digital industry, this time related to intellectual property rights, is the Commission’s advisory group “Licences for Europe”. Quadrature du net, an advocacy group defending the rights and freedoms of citizens on the Internet, did a survey of the main lobby groups composing (and dominating) the working group that the commission created on this topic. The results showed a heavily imbalance; in favour of the industry whose regulation was under discussion. Copyright industries, and collecting societies and lobbies working for them, represented 78%, whilst civil society and NGOs made up only 11%.

The internet data privacy copy-paste scandal has brought the spotlight onto aggressive lobbying by Internet giants who see their profitable business strategies under threat, but the footprints of big business can be found on European legislation of all kinds. As Corporate Europe Observatory has documented before, it is standard practice in the Parliament for lobbyists to draft amendments – as investigations into the Parliaments’ work on financial reform (regulation on derivatives) in 2011 revealed. On average, a piece of legislation attracts 50 to 100 amendments in the European Parliament, but a hedge fund directive a few years ago amassed more than 1,600. Research showed that two-thirds of these came from the hedge fund industry or lobbyists working on their behalf. Academic research shows also that on major environmental regulation like chemicals (REACH) or f-gases, a very large share of amendments can be traced back to industry lobby sources.

The 2011 cash-for-amendments scandal caused outrage over MEPs who were caught on camera accepting money in return for tabling pro-industry amendments. But what about the widespread practice of submitting amendments written by industry lobbyists for free? Too many MEPs seem to assume that what’s good for big business lobbies is good for Europe as a whole - a flawed assumption that helps big business distort important EU legislation.

A great deal is at stake here - an amendment approved can mean millions of euros of earnings or savings for a firm or industry. But it can also mean thousands more people suffering from economic misery caused by inadequate rules on banks, or citizens having no control over who can use their private data, for what, and for how long.

There is a large caucus of MEPs in the current Parliament who are simply too close to big business to do their jobs properly, in the public interest. And it is likely that some MEPs will always choose to keep a cosy relationship with business fat cats. On the other hand, it also seems that some MEPs (and their assistants and advisers) are not so much pro-big business, as don’t have the time, capacity or expertise to draft their own amendments. But taking corporate lobbyists’ – or any other kind, for that matter – amendments on a routine basis, without examining very critically what their implications are, is hardly a a satisfactorily democratic process. The background here is that a lack of in-house expertise is apparently driving many MEPs into the arms of whichever lobbyist happens to offer them some seemingly relevant amendments. It is time for the European Parliament to discuss whether submitting amendments written by outside interests, on the current scale, is a healthy way of doing politics. If MEPs feel they lack the expertise or time to draft amendments themselves, then perhaps there is a need for a larger Parliamentary research department, made up of independent experts, that MEPs could use.