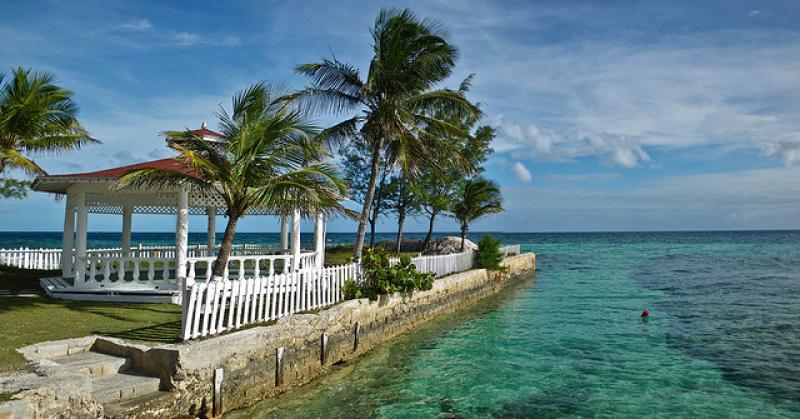 From cigarettes to coconuts: Dalli’s Bahamas trips and the Commissioners’ Code of Conduct

For ten months, we have been following the case of former health Commissioner John Dalli, who was forced to resign under contested circumstances last October, following an alleged cash-for-access tobacco lobby scandal. The mystery is still unravelling, as is the tenability of the positions of key characters in the affair; OLAF chief Giovanni Kessler, Commission President Barroso, Secretary General Catherine Day and ethics advisor/ tobacco lobbyist Michel Petite. But recent revelations about dubious dealings by Dalli in the Bahamas, involving millions of euros and international con artists, have opened the door to a new chapter of Dalligate. However this new chapter may end, there are some clear implications for the ethics rules intended to govern Commissioners – the Code of Conduct for Commissioners. This article will explore what those implications are and why – in the light of all this confusion – they matter even more.

Commission President Barroso’s dismissal of Dalli followed an OLAF (EU anti-fraud agency) investigation, prompted by a complaint from tobacco company Swedish Match. The firm alleged that an associate of Mr Dalli had offered to set up meetings with the Commissioner, with a view to changing tobacco legislation in the company’s favour, in return for €60 million. Dalli has consistently denied allegations of his knowledge of the dealings of his associate, Silvio Zammit, and has taken both the European Commission and Swedish Match to court. The OLAF investigation – despite the claims of its director, Giovanni Kessler, that there was “unambigous circumstantial evidence” that Dalli knew of these dealings – has been shown, following a leak of the investigation report, to contain no conclusive evidence of Mr Dalli’s involvement. The responsible authorities – the Maltese judiciary – in June confirmed that there were no grounds to begin legal proceedings against Dalli.

It therefore caused quite a stir when, two weeks ago, the International Herald Tribune reported that the former commissioner had made undeclared trips to the Bahamas last summer, at the height of the OLAF investigation, to facilitate a transfer of an alleged $100 million, on behalf of an unnamed ‘African charity’ that he was helping to set up. These philanthropic trips to the tropical tax haven in July 2012 were then revealed to have involved an international con artist.

It’s a very strange story, with many unclear elements – no transfer seems to have been made – and all kinds of contary details have been flying around. To the worldly ear the ‘African charity’ explanation may sound far-fetched, but various sources seem to confirm this, including the landlord of the beach villa Dalli was staying at, who described meetings in the villa “where rich philanthropists ostensibly connected through their Christian faith came together to discuss how to raise billions of dollars in finance to set up a charitable venture for Africa.”

The timing of the revelations also raised a few eye-brows, as they came a week before the European Parliament was due to vote on a report on the functioning of OLAF, drawn up by MEP Ingeborg Graessle, an outspoken critic of OLAF's handling of the Dalli case. Indeed, in response to OLAF saying it had not been aware of Dalli’s Bahamas trips, at the time they were investigating the complaint against Dalli, Dr Graessle commented that this confirmed the “amateurish” character of the OLAF investigation, and that it highlighted the need for more oversight of OLAF by its supervisory committee.

We are not – in this article – going to wade through all the confusing and contradictory allegations in this new saga (although it is clear that Dalli must clarify the full details of the case). Rather, we shall consider what the rules in the Code of Conduct for Commissioners tell us about what should have happened.

Sources at the Commission have said that Dalli’s Bahamas trips were not declared, but Dalli has said “this was a private trip and my cabinet was informed that the trip was made.” He later admitted however “his Cabinet found out about his Bahamas trip after he erroneously inserted that ticket stub for the Commission's budgetary verification.” Nonetheless, Dalli maintains he “didn't feel the need to inform the Commission”.

Whatever the former Commissioner feels, if he was involved in setting up a new charitable foundation then he should have listed this in his online declaration of interests. This declaration includes all the interests that Commissioners are required to declare under their Code of Conduct, including information on former and current outside activities, financial interests and assets, and spouses’ activities.

The Code of Conduct for Commissioners came into force in 2011, after a series of conflict of interest scandals. These included then Trade Commissioner Lord Mandelson’s 2008 stay on a Russian billionaire's luxury yacht as well as several monumental revolving door cases of former Commissioners taking up lucrative private sector jobs related to their previous policy portfolios. The Code has suffered shortcomings from the start, including only an 18 month notification period about new jobs for former Commissioners, despite a three year transitional allowance of 40-65% of their salary. The Bahamas affair illustrates some of the other weaknesses of the Code.

First of all, Dalli’s failure to declare his alleged ‘charitable consultancy’ work – his role in setting up this unnamed charity – would appear to violate the code of conduct. Whilst the code permits Commissioners to hold honorary unpaid posts in charitable foundations (if disclosed in their online declarations), they are not permitted to hold any management role, to have decision-making power, or any responsibility or control of operations. Article 1.1 of the Code is very clear on this. Going to the Bahamas to carry out practical steps in setting up the charity, apparently with the intention of handling big sums of money, is very probably a violation of this article.

It seems that Dalli had not included involvement in a charity on his declaration of interests at the time – last summer – but his declaration is no longer online. CEO has however obtained a copy of Dalli’s declaration from 7 March 2011, which shows he had not updated his declaration since the first time he submitted it in December 2009. This indicates a serious problem about the frequency that Commissioner’s are required to update their declarations. Whilst the code (Article 1.5) requires declarations to be revised “if the information changes, and at least every year”, we can see from Dalli’s case that this policy was not enforced. More than a year had elapsed with no changes, and pertinent new details were not included. A glance at the declarations of current Commissioners shows that most of them were last updated in July 2012. One year on, these Commissioners are now due to re-submit their declarations of interest.

CEO believes that not only must the policy for declarations to be re-submitted at least once per year be strictly implemented, but that the Code should stipulate that any new relevant information should be added within one month. The Code of Conduct for MEPs (Article 4.1) requires them to “notify the President of any changes that have an influence on their declaration within 30 days of each change occurring.” The Code of Conduct for Commissioners should be brought in line with this.

Since the Commission has apparently decided to delve “deeper into the trips and ‘charitable consultancies’ made by John Dalli in the Bahamas to establish whether he breached the code of conduct for commissioners when in office”, it should take the opportunity to delve deeper into the ongoing compliance with the Code by other Commissioners, as well as into the Code itself.

The Dalligate tobacco lobby scandal showed that the Commission's ethics rules are not good enough and that reforms are needed – for example, regarding meeting unregistered lobbyists and proactive transparency about lobby meetings. The Bahamas incident shows that other rules and procedures need tightening-up, particularly the Code of Conduct and the oversight of the declarations of interest made by Commissioners.

wake up Europe. Dalli's case shows clearly your nakedness. Must we have faith in Europe anymore?