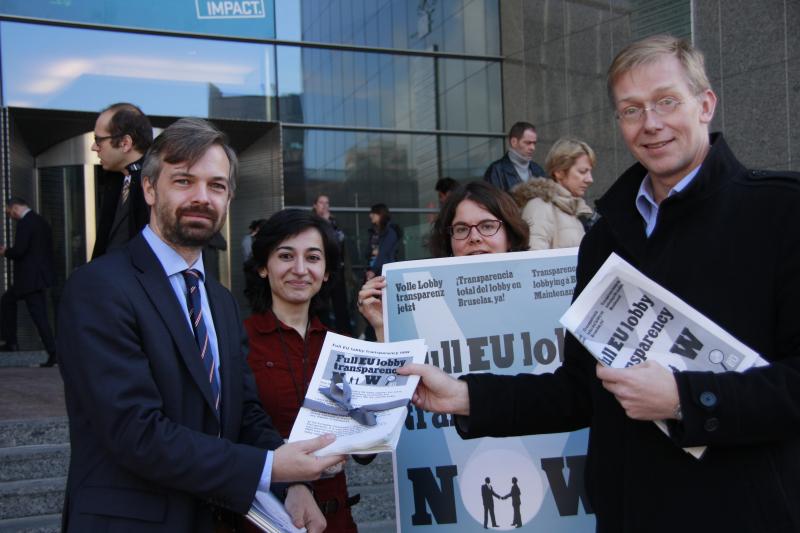 A total of 10,281 people have signed an online petition (across several websites) which was delivered today, urging MEPs to stand up for lobbying transparency in the European Union by supporting the transition to a mandatory lobby register.

The petition was handed over to Martin Ehrenhauser MEP by members of the ALTER-EU coalition just before the EU Transparency Register review group met to make crucial decisions today. The working group includes MEPs, such as Martin Ehrenhauser, as well as Commissioner Maroš Šefčovič, and it meets under the leadership of the Parliament's Vice-President for Transparency issues Rainer Wieland MEP. The petition was formally addressed to Rainer Wieland, although he refused to accept the petition on behalf of the working group.

Olivier Hoedeman of Corporate Europe Observatory who presented the petition on behalf of the ALTER-EU coalition, said: “Right now, many lobbyists boycott the voluntary EU lobby register. They include some of the world's biggest corporations as well as virtually all law firms that lobby on behalf of industry clients. These lobbyists benefit from lobbying in the dark. Enough is enough – it's time for a mandatory lobby register".