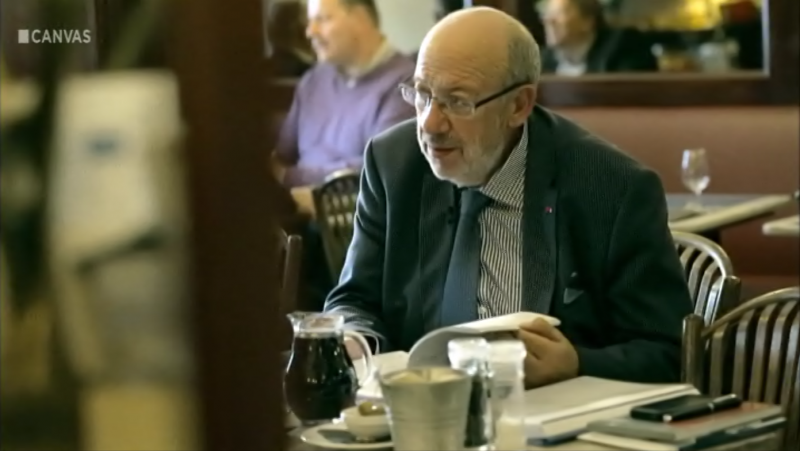 Flemish television’s Panorama programme yesterday broadcast an excellent documentary (Privacy for Sale) about the ‘lobbying war’ around the EU’s data protection directive. The documentary offers important insights into the often aggressive and deceptive ways in which industry, led by US digital giants such as Facebook and Amazon, tries to weaken the proposed legislation in order to continue profiting from virtually unrestricted use of online personal data. The documentary also exposes the problematic role of Belgian MEP Louis Michel (who was the EU’s Commissioner for development from 2004 to 2009). On the lobbyplag website (which tracks industry influence over MEPs on data protection issues), Michel ranks second of all MEPs in a “Top 10 for less Data Privacy in Europe”.

In the documentary, Michel is confronted with the fact that he has tabled no less than 229 amendments to the proposed legislation, including 158 that are strongly anti-privacy. Michel first angrily rejects the criticism, claiming he has never met with lobbyists. He then makes a u-turn and in a follow-up interview puts all the blame on his assistant. The assistant, Michel claims, had meetings with numerous lobby groups and submitted the industry amendments without the MEP knowing it. Asked if he will fire the assistant, Michel says he is a humanist and that he will forgive him. The documentary ends with Michel announcing that he has withdrawn 80-90 of the amendments and thanking the programme makers for pointing out the problem. The documentary concludes that there are important unanswered questions and that it seems unbelievable that an assistant can manipulate the democratic process behind the back of an MEP.

The revelations about Michel’s amendments are big news in the Belgian media, with the discussion focusing on whether Michel really knew nothing about the amendments. The assistant Luc Paque, has yesterday offered his resignation and Michel has today announced that he accepts this. In an interview with Metro, Paque states that he “met people who presented their concerns to me. I have submitted those amendments in good faith. Louis Michel was not there and the deadlines had to be respected”. Among the ‘people’ Mr. Paque met with are the Belgian employers’ organisation VBO (part of the EU-wide industry federation BusinessEurope) and Agoria, the Belgian federation of technological industries. The amendments submitted by these lobby groups are likely to be part of a coordinated pan-European industry lobby effort.

Other Belgian MEPs heavily criticise Michel, pointing out that he is politically responsible for the amendments submitted in his name. Several point out that assistants can submit amendments electronically but that this always has to be followed by a paper version signed by the MEP.  It is hard to believe that Louis Michel signed a pile of 229 amendments without knowing the content. Ivo Belet, MEP for the Christian Democratic CD&V, points out that MEPs should not submit amendments on issues that they don’t have expertise on or even time to read about. “Legislative work is the core of what a member of parliament must do, you should never outsource that. In that case better do nothing”, says Belet. Green MEP Bart Staes questions Michel’s version of the events and argues that knew about the amendments, but got cold feet when confronted with the fact that the amendments had been drafted by lobbyists. Staes sees the Michel case as yet another episode in an ongoing series of lobby incidents and calls for strengthening the European Parliament’s rules around lobbying.

The Michel scandal indeed highlights a bigger problem. As Corporate Europe Observatory has documented before, it is standard practice for many MEPs to submit amendments drafted by lobbyists, most often from industry. In some cases the majority of amendments voted on are not drafted by the MEPs, but by industry lobbyists. Examples include the Parliaments’ work on financial reform (regulation on derivatives and hedge funds) but also major environmental regulation like chemicals (REACH) or climate-disrupting F-gases. The 2011 cash-for-amendments scandal caused outrage when MEPs were caught on camera accepting money in return for tabling pro-industry amendments. The widespread practice of submitting amendments written by industry lobbyists for free needs to be critically assessed. It is with this background that Corporate Europe Observatory has today submitted a complaint to the President of the European Parliament, arguing that Louis Michel has breached the Code of Conduct for MEPs.