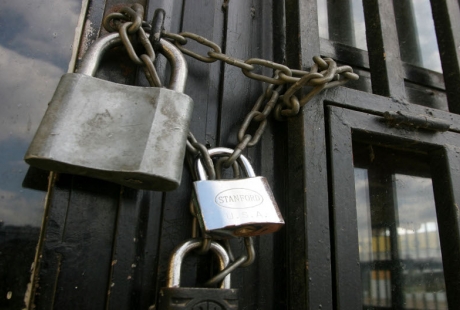 20 years of Single Market: is there anything for Greeks to celebrate?

In October 2012, the EU celebrated 20 years of the Single Market created by the Maastricht Treaty.1 “The European Single Market,” the Commission’s website says, “has transformed the way Europeans live, work, travel, do business and study. As President Barroso put it in a recent speech, most of us as young men and women could not have dreamt of what is now possible thanks to the Single Market.”2 At the same time, the Eurozone economy contracted for the first time since 2009 signalling that the crisis in Europe has still not been overcome. The Commission says the Single Market has “opened up opportunities for businesses to expand and learn how to become successful globally”. But has it equally benefited ordinary citizens in Europe?

The most significant contraction has been in peripheral Eurozone countries3 with the unambiguous champion, Greece, already in its fifth year of recession. This is one of the longest recessions in a developed country in history.4 So, does Greece have reason to celebrate the Single Market’s 20th anniversary? Or is the current crisis connected to Greece’s membership of the Single Market?

There has been quite some debate and research done on the consequences of Greece adopting the Euro,5 but far less regarding the Single Market. Is there a link between the current economic and social meltdown and the country’s integration into the Single Market? Did the latter favour or harm the country’s economy?

Economists Costas Passas and George Labrinidis have looked at this issue and found that the Single Market has damaged Greek manufacturing and agriculture, and that this has not been compensated for by the growth of finance, transport, construction and tourism.6

Single Market’s impact on the structure of the economy

Following a long period of industrial growth7 that ended with the global crisis in the '70s, Greece's economy found itself on the verge of collapse. When it joined the European Economic Community (EEC) in 19818, the failing private sector was propped up with state aid and a number of industries were nationalised. EU cohesion funds starting with the ‘Integrated Mediterranean Programs’ in 1985 supported this process. In return for this financial support, Greek industry had to accept the abolition of protective tariffs and capital controls.

Looking at the evolution of Greece’s economy in terms of “value added” (GVA)9 and employment since then, the study suggests that the abolition of tariffs and EEC-sponsored industrial bail outs could be seen as responsible for the current structural imbalances, which are now seen by all sides, including the EU institutions, as the source of Greece's current mess.

As the figures show, employment levels in Greek agriculture declined from the 1970s onwards, accompanied by a decline in industry from the 1980s, despite significant levels of subsidies. Jobs in the public sector, finance, trade and the services sector increased.

During this period, the state presided over a process of market concentration, initially through nationalisation, but later through privatisation. A political decision was taken by the Greek government, in partnership with the EU institutions to hand state monopolies to private oligopolies, which did not create a competitive market - but led to state assets being transferred to the private sector.

Since joining the Single Market, Greece's trade balance with the rest of the world deteriorated as Greece became increasingly dependent on imports. The deficit tripled rapidly following the introduction of the euro in 2002.

In the 15 years preceding the crisis, Greece's trade deficit with non-EU countries rose even faster than its deficit with the EU countries, mainly due to its dependence on oil imports. Imports of manufactured goods increased both from inside and outside the EU.

Sectors that were severely hit

The industrial sector enjoyed a brief recovery after Greece joined the European Monetary Union (EMU) and stabilised around 30 per cent. But mining and quarrying continued to decline, oil prices rose, and Greece suffered a growing trade deficit in energy related products, increasing the costs of manufacturing. Traditional industries such as textiles, leather and the footwear industry were hit by many aspects of Single Market integration and basically collapsed.

Some industrial sectors did benefit from Greece’s integration in the Single Market. Construction, transport, storage and communications did well as Greece developed a role as a bridge between the EU and Eastern Europe, where new markets were opening up. These sectors also benefited from cheap, skilled labour from neighbouring countries, in particular, Albania. The 2004 Olympic Games provided a further boost. Aviation, shipbuilding and telecommunications were privatised in the 1990s. Transport and construction attracted most direct investment.

Although the number of people employed in trade rose until 2005, the “value added” remained relatively static. This was because jobs were created mainly as a result of the increased role of large companies within this sector (self-employment radically decreased). Foreign investment in trade increased, often via big corporations.

The finance sector grew in importance from 1992 onwards, when banks were privatised and the numbers employed in the banking sector stabilised. There was considerable foreign investment in the sector.

Corporate profits rose considerably in these sectors but the economy as a whole didn’t benefit enough to offset losses in manufacturing and agriculture.

3. The importance of services and administration increased

Services, particularly tourism, also benefited from Greece’s membership of the Single Market, thanks to the common currency, a stable inflation rate, and increased ease of travel.

“Value-added” in the public sector rose, accounting for almost one fifth of overall employment. But while the state had previously been the driver of major infrastructure projects, its role now focused primarily on administration and defence.  Health and education did not grow.

Greek farmers, the manufacturing industry and food and drink retailers could not compete with German, French, Dutch and other transnational corporations (TNCs). So these sectors declined exacerbating the trade deficit. Financial liberalisation and the subsequent adoption of the single currency provided access to cheap credit. Through cheap loans, Greek governments and the EU financed the transformation of Greece into a banking, transportation and logistics hub to support TNCs expansion to Eastern Europe and the Middle East. Tourism also increased in importance.

Growth in the finance, transport, construction and tourism sectors secured among the highest growth rates in the Eurozone (peaking at 5.9% in 2003 and 5.5% in 2006), but they didn’t prevent the trade and consequently current account deficit from exploding after the introduction of the Euro. This deficit was turned into public debt through bank recapitalisations, corporate tax reductions, direct and indirect subsidies and other ways.

The competitiveness of the Greek economy was severely hit by the fundamentals of the Single Market and the Euro. And there was not much Greece could do to avoid the negative effects. When there was growth in most core Eurozone economies, Greece also grew. But once the crisis hit, Greece’s vulnerability and dependence came to the fore.

The Troika wants to promote competitiveness basically by bringing Greek labour costs down to developing country standards. To justify this, the Troika says the reasons for the imbalances are “low productivity” and “bloated salaries”. But even before the crisis, Greeks worked among the longest hours in the OECD for lower wages than most other Eurozone countries. From 1996 to 2005 labour productivity in Greece was way ahead of the Eurozone average.11 So, the Troika is wrong to say this is the root of the problem. The problem in reality is that Greek governments and the EU promoted the development of the wrong sectors of the economy.

Beside the complete social meltdown provoked by the current low-labour-cost policies (with wage deflation as prices increased and credit became unavailable), austerity measures are failing to create growth. Greece will recover only when its main trading and financial partners recover in a sustainable way.

Nothing of the kind is in sight. But even if there is a recovery, the insistence on low labour costs will mean the social damage that has been inflicted on the country in the last two years will not be repaired. Indeed, the only way in which living standards can be improved for the majority of people in Greece is through a fundamental change in the economic paradigm.

The crisis enables us to see more clearly the winners and losers in the Single Market project. It has created wealth for some (mainly big corporations), but also destroyed wealth for many. The EU now thinks the Single Market should ‘be regarded as our main asset to help get us out of the crisis’ and that is should be strengthened. Before that, a thorough critical assessment of the Single Market is needed at a European level. Perhaps, doing more of the same is not the best way out of the current mess for the majority of citizens in Europe.

Attenion with the citation made Source #11
Giannis

Very interesting analysis I should say. I do agree with most of the points made. It seems indeed that the plan of the European-centre countries to build their backyard in South and Eastern Europe safeguarding their financial interests alone and totally neglecting those of the countries that they targeted has indeed backfired on them and now they are embraced into a situation where they have to choose between the lesser bad However this process has led to the dismantlement of the economies of the European periphery and especially those of the South.

I should draw your attention though also to the citation that you make with source #11. the figure that you are probably referring in that document does not indicate that Greece had a larger productivity than EU average but it shows that Greece's productivity was raising faster than the EU average. It is a change factor and not a productivity index that is shown in the figure.

Can you make one on Portugal?
Almeida

We are not so far from them and the policies were not so different. In fact, we are worst than the greeks despite al advertising made. Check http://www1.ionline.pt/conteudo/65645-poder-compra-portugal-continua-se… (in portuguese, sorry).