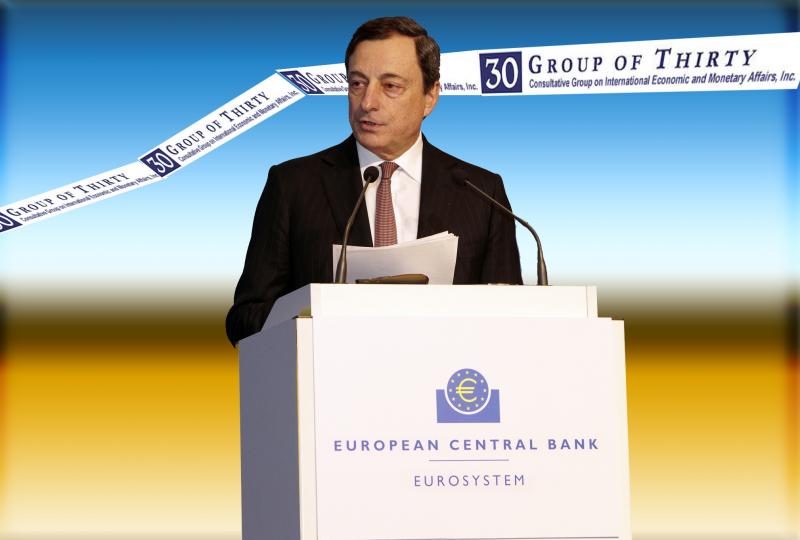 As the European Council prepares to give the European Central Bank (ECB) considerable influence on more issues of direct interest to private banks, the complaint, filed by research and campaign group Corporate Europe Observatory calls into question Mario Draghi’s independence and suggests his involvement in the corporate bankers group creates a conflict of interests.

The complaint states that Draghi’s membership of the ‘Group of Thirty’ – a banking lobby group – is at odds with the ECB’s rules on ethics. Draghi is alleged to maintain close ties with the group and to participate in closed meetings.

The Group of Thirty is an exclusive forum for senior bankers, bringing together bankers from the private sector, alongside figures from government and from academia. Its stated aim is to influence public and private banking.

According to Corporate Europe Observatory’s complaint, as such, it bears all the characteristics of a lobbying vehicle for big international private banks and the President of the European Central Bank should not be able to be a member, due to concerns over the bank’s independence and over potential conflicts of interest.

“With the eurocrisis the European Central Bank is taking on an increasingly important role in supporting and regulating the banking sector. It’s really disturbing that the President of the ECB has been allowed to remain an active member of the Group of Thirty. The ECB has rules on ethics, but this issue seems to have been ignored. It doesn’t look as if the rules are worth a cent.”

In the complaint to the EU Ombudsman, Corporate Europe Observatory claims that the ethical principles of the ECB have been sidelined in five different ways, endangering the independence and reputation of the bank.

I believe that european parlament should put Draghi out of the ECB.