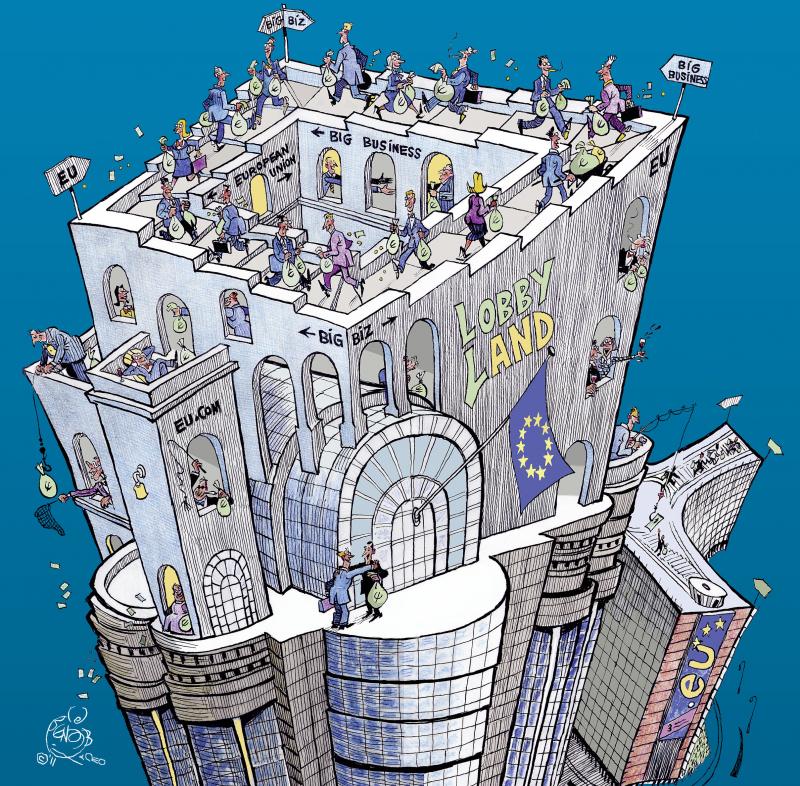 Putting Brussels' lobbyists on the map

Our unique new guide to the hidden world of corporate lobbying in Brussels is now available, highlighting the players, the locations, and the tactics used by big business to influence decision making in the European Union.

The new edition of the Lobby Planet to Brussels’ EU quarter features a guide to some of the biggest lobby players operating in Brussels, as well as three thematic tours, highlighting the carbon lobby, the finance lobby and the agribusiness lobby. The guide also features a specially-commissioned cartoon of Brussels’ lobbyists at work, and full colour maps to guide you through the streets and squares of the EU quarter.

There are an estimated 15-30,000 lobbyists targeting EU decision makers in Brussels, mainly representing business interests, making the EU quarter home to one of the highest concentrations of lobbyists in the world. The Lobby Planet guides you through the maze of the EU institutions, the lobby groups, the agencies and the company offices which make up their lobbying world.

The first edition of Corporate Europe Observatory’s Lobby Planet guide was produced in 2004, and proved an eye-opener to many who were unaware of the scale of industry lobbying in Brussels. The number of lobbyists in the EU capital has grown significantly since then and there are growing calls for greater transparency and stricter rules on lobbying. Download a copy of the Lobby Planet to Brussels' EU quarter here: http://corporateeurope.org/sites/default/files/publications/ceolobbylow.pdf