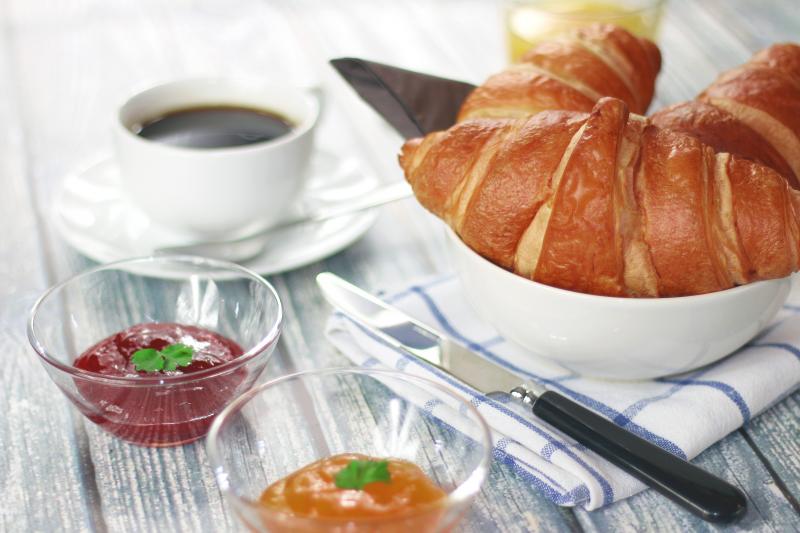 Lobbying over croissants and coffee

You have probably never heard of AMISA2. But it turns out that AMISA2 and its predecessor AMISA have had staggeringly regular high-level access to senior EU decision-makers for decades. It is a quiet but persistent presence operating in the shadows of the Brussels bubble.

What does AMISA stand for? We don’t know.

What does the website say? Er, there isn’t one.

Who are the members? Well, they are not listed on its lobby register declaration, but according to its president, they include the likes of ExxonMobil, Total, Dow and Google.

So what do we know about AMISA2?

According to Georg Brodach, AMISA2’s president (who was willing to answer CEO’s emailed questions), AMISA2 holds monthly breakfast meetings, mostly with a senior speaker from one of the EU institutions, “in order to educate corporate representatives about recent developments in EU policy fields”.

Brodach sent a list of the breakfast meetings held and the speakers; the list dates back to 1994 and comprised a massive 293 meetings in total. Generally, these were with senior level officials (cabinet members, directors-general or their deputies), but other familiar names crop up too. Connie Hedegaard, previous commissioner for climate action, has addressed an AMISA2 breakfast, as have the US ambassador to the EU; the Russian permanent representative to the EU; Giovanni Kessler, controversial Director General of the European Anti-Fraud Office (OLAF); and top-EU-official-turned-tobacco-lobbyist Michel Petite.

Timely meetings have been held with:

Georg Broadch himself, the president of AMISA2, calls himself an “Experienced Public Affairs Executive” on his LinkedIn profile and has a history of working for major European companies. He spent 14 years with ABB, the power technology company; five years with AT&T, the telecoms firm; and 10 years at German business associations.

AMISA2’s 17 corporate members, as declared to CEO by Brodach, are: ABB, Airbus, Allianz, Amgen, BASF, Bayer, Dow Europe, ExxonMobil, Google, Norsk Hydro, LyondellBasell Industries, Michelin, Oracle, PGA, F. Hoffmann-La Roche (Roche), Solvay, and Total and, judging from the attendance lists at some of the breakfasts, there is a consistency about who attends the meetings from these companies. In fact, “the rule” is that only the head of a Brussels office can participate in AMISA2 breakfast meetings, so effectively that company’s top EU lobbyist.

These organisations each pay €4000 a year to be a member of AMISA2, more than enough to keep a roomful of lobbyists in croissants and coffee for a year. Presumably these membership fees are the source of the €60,000 budget declared in AMISA2’s lobby register declaration, the majority of which is spent on lobbying. AMISA2’s declared lobby spend for 2015 is €25,000-€49,999; it’s not known on what else it spends its money.

CEO asked AMISA2 for the minutes of these breakfast meetings so that we could see exactly what is being discussed. However, Brodach told us:

“There are no minutes and there is no result, because there is no common set of interests and the intention is not to come to a “result” whatsoever … if not to learn, understand and be educated on the topic. We are not a lobbying organization.”

But we find this disingenuous. While two chemical companies, or two energy companies might be competitors in the market place, more likely than not, they will also have very similar interests when it comes to EU policy-making. Corporations across sectors share many common interests and agendas when it comes to trade, tax, regulation and other matters. If that was not so, there would be no trade associations and no role for organisations like BusinessEurope which put forward common business demands.

Additionally, DG Trade’s internal minutes of the meeting that Jean-Luc Demarty, Director General at DG TRADE, spoke at in February 2014 on “Recent Developments of the EU Trade Agenda” indicate that corporations get plenty of opportunity to ask questions about issues which concern their business, with Demarty providing direct one-to-one answers back. If this is any indication of how the other breakfast meetings work, it is not hard to see why senior staffers from major corporations are keen to participate in AMISA2.

And these corporations represent some of Brussels’ biggest lobbyists, between them declaring at least €28,589,000 lobby spend in the last year for which figures are available, and holding 73 European Parliament access passes. According to IntegrityWatch, these corporations have, between them, held 217 lobbying meetings with the top brass at the Commission since December 2014. (All data correct as of 16 May 2016 and available in this spreadsheet.)

AMISA2 events are not advertised publicly and no one else attends. Oh, apart from “personal friends” of Brodach who are invited to ‘“beef-up” the audience.

Notwithstanding Brodach’s candour when we approached him directly, AMISA2 is an opaque organisation and the lack of a website, or other public sources of information, is problematic.

Its members are not very open about their membership either. Of the 17 corporate members, only 5 (ABB, Amgen, Dow Europe, F. Hoffmann-La Roche, and Total) list AMISA2 in their lobby transparency declarations. The other 12 (71 per cent) do not bother.

But even more problematic, the Commission is also not transparent about its contacts with AMISA2. At least five of the breakfast meetings which have been held with AMISA2 since December 2014 have been held with top officials at the Commission who are now required to publish all their lobby meetings. And yet, these meetings do not appear on the online meeting disclosure sites:

Why have these meetings not been disclosed? Is it five individual cases of omission, which would be quite a coincidence seeing as all five meetings relate to the same organisation, AMISA2? Or is there some sort of Commission policy not to declare meetings with AMISA2?

It is certainly clear that such private gatherings of senior EU corporate lobbyists with top Commission officials to discuss important policy details, facilitated by an organisation funded by its corporate members, should be disclosed online. Such omissions instead make a mockery of President Juncker’s promise to “be more transparent” because “we have nothing to hide”.

In fact, few of the decision-makers that AMISA2 members have hobnobbed with have declared their involvement; we could only find two such references. The European Ombudsman announced her attendance at one AMISA2 meeting in her online calendar, and there is also a reference in a Commission calendar from March 2014 announcing that then Commissioner Andor will attend a breakfast on "Industrial policy, restructuring and investment in skills".

The case of AMISA2 raises some serious questions for the Commission and other EU institutions, especially as the Commission is currently reviewing its lobby transparency regime:

CEO sees no role in EU policy-making for such a corporate-led, untransparent and unaccountable organisation such as AMISA2; decision-makers should stop fuelling its existence by attending its exclusive meetings.

PS. In case you are wondering why it is called AMISA2, Brodach told us:

“I am a “one-man-show” and AMISA2 got started in July 2010. Before that there was a different organization of the name of AMISA (since the 90s) which was then created on the model of an organization GBF in Washington DC, but which ceased to exist. I took the good name in 2010 in order to continue along the same lines and to build on the good reputation among the professionals and with the institutions. The nearly 6 years now confirm my approach.”

Since we published this article, the European Ombudsman's office has been in touch and told us the following, regarding its decision to meet with AMISA2:

"As we got the invitation for Ms O'Reilly to speak about transparency in the EU institutions, we rejected it as AMISA2 was not on the Transparency Register at the time. [AMISA2] immediately registered – and we then agreed for the Ombudsman to speak...".