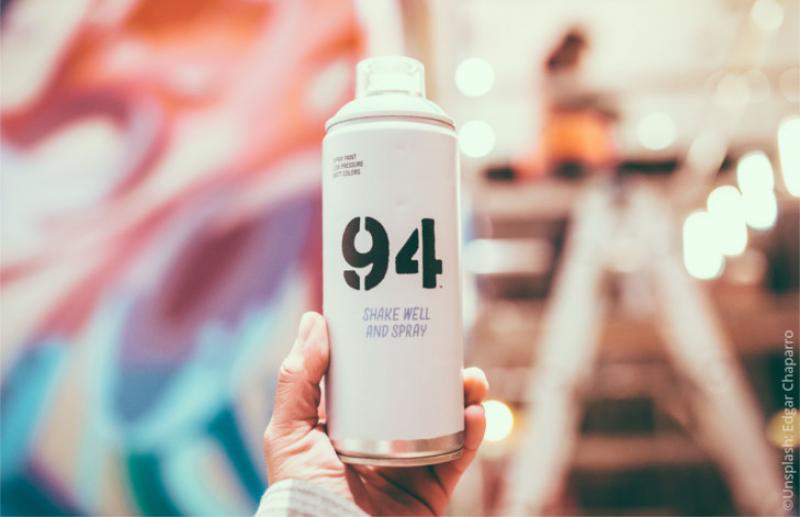 Lobby “deluge” on titanium dioxide, while labelling is postponed

To classify as strongly and widely as possible, or not to – that is the EU’s question on titanium dioxide right now. The chemical is found in many everyday items including sunscreen and paint and is a “suspected carcinogen”. An EU committee will discuss a proposal on the issue of classification on 27 September, but will not yet take a final decision. What is already clear is that the controversy about corporate lobbying on this file is making some member states think again.

As previously documented by Corporate Europe Observatory (Beyond the Pale, July 2018), The Guardian, and others, there has been a well-orchestrated and funded lobby campaign by the producers and industrial users of the whitener-chemical titanium dioxide to oppose its classification, which would require stringent labelling. As labelling a product as a potential cancer risk would be likely to increase consumer concern and reduce demand, industry is fighting hard to protect its profit margins. Now, new information has emerged through freedom of information requests in both London and Brussels which helps to further map lobbying contacts between industry and policy-makers.

The UK is Europe’s second biggest producer of titanium dioxide and according to information supplied by the UK government to Corporate Europe Observatory, in the year July 2017 - July 2018, there have been at least 11 interactions with industry on the subject of titanium dioxide (data collated here). These have included meetings or phone calls with officials at the Environment and Industry departments, as well as with UK health and safety officials. Industry lobbyists have included the trade associations British Coatings Federation (BCF); the European Council of the Paint, Printing Ink and Artists' Colours Industry (CEPE); the British Plastics Federation; and the Titanium Dioxide Manufacturers Association (TDMA) which featured substantially in our previous article (also see box below). Industry and UK officials have also been rubbing shoulders at EU level meetings to discuss titanium dioxide.

Most impressively - from the industry’s point of view – must have been the site visit by UK Environment Minister Thérèse Coffey to Cristal, one of the world’s biggest titanium dioxide manufacturers, and a TDMA member. While the meeting was ostensibly about Brexit, it was included in the response to our request for meetings held on titanium dioxide. Thus it seems highly plausible that the proposed EU classification of one of Cristal’s key products would have come up during the visit.

The UK along with Slovenia have been strongly opposed to the classification of titanium dioxide. Indeed, in a recent Commission consultation with member states on this issue, the two countries made clear their opposition to the classification of titanium dioxide in all its forms, not just the powdered form which has been the Commission’s proposal. They instead proposed “hazard communication” labelling as a way to avoid what they call “the complications and unintended consequences” arising from classification. This means a weaker label for the chemical than that which would be required if it were classified as a suspected carcinogen.

All in all, it seems clear that the industry lobby is once again finding major support within the UK Government. As MEP Molly Scott Cato told The Guardian in July, “… in this area of potentially carcinogenic chemicals we see government ministers doing their best to block regulation and to stick up for industry whatever the cost to public health.”

Freedom of information requests regarding lobbying on titanium dioxide in Brussels (particularly to Commission departments DG GROW and DG Environment) have also revealed the extent of the active corporate lobby campaign. At least six specific meetings or calls have been held, but it is clear that wider interactions have taken place around the regular meetings of the CARACAL expert group which advises the Commission on various chemicals regulation matters. Corporate Europe Observatory’s requests have revealed dozens of lobby emails and position papers sent to both DGs Environment and GROW, particularly before or after key meetings when titanium dioxide had been discussed.

Is the corporate lobbying backfiring?

Now the revised Commission paper, to be discussed on 27 September, reflects a slight improvement on the proposal of a few months ago. While it continues to only propose the classification of the powdered form of titanium dioxide (despite the opinion of the European Chemicals Agency and NGOs that all forms of the chemical should be classified as “suspected carcinogens” by inhalation), it does now include a proposal for a mandatory statement for other forms (mixtures) of the chemical that it may cause harm if sprayed.

However the REACH committee (of member state officials) meeting on 27 September will not take a formal decision on the proposal, as had been initially expected. Any discussion in REACH tomorrow will not be binding and it is likely that the corporate lobbying will continue in the weeks and months to come.

Sooner or later, the EU – the Commission and the member states - will have to take a decision about if and how to classify titanium dioxide as a suspected carcinogen. Science and the public interest indicate that they should take a tough approach and follow the advice of the Chemicals Agency. Experience with the glyphosate and endocrine disrupting chemicals’ dossiers suggests that there is a high risk that they will cave in to the corporate lobbies.

** Since we published this article, the EU lobby register secretariat has responded to CEO's complaint and its full response can be read here.

Related articles
Beyond the pale on Titanium Dioxide