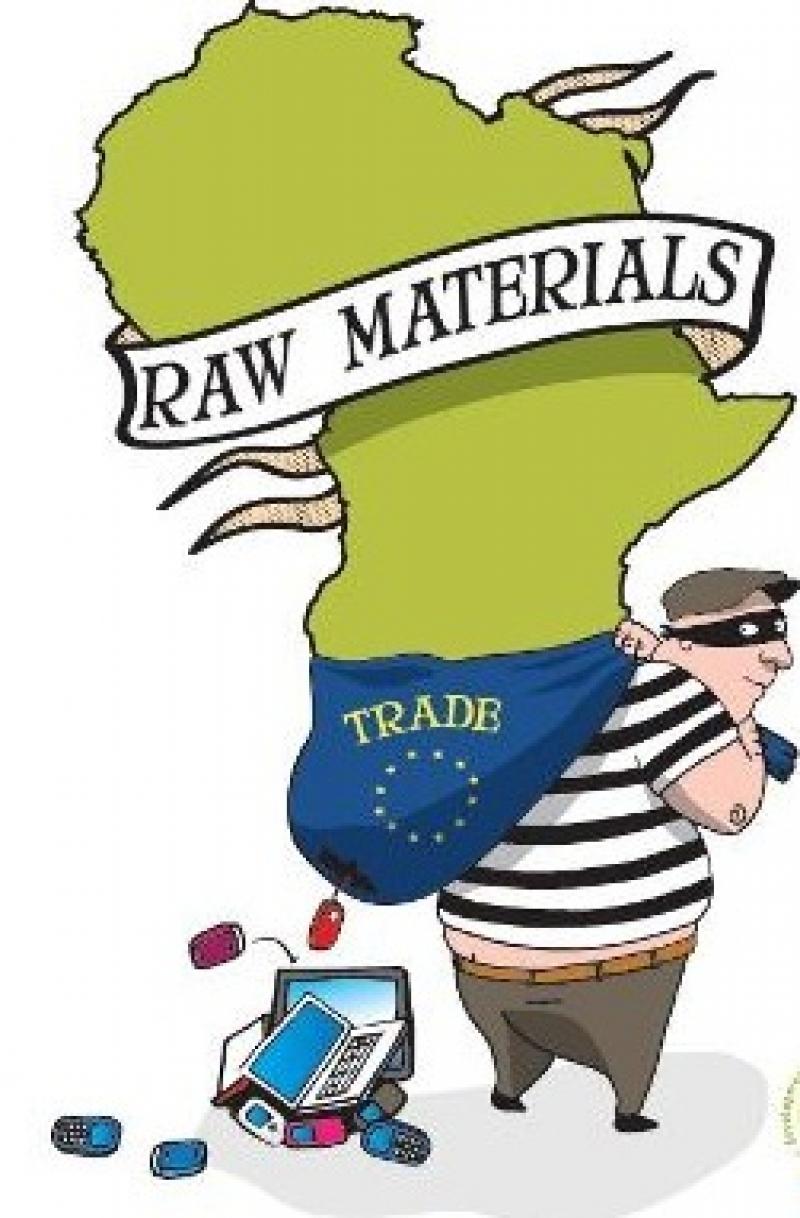 Brussels, 27 June 2011 – Europe's future strategy on access to raw materials – due to be voted on in the Parliament on Thursday 30 June – is being shaped by MEPs with vested interests in related industry sectors, a new report from Corporate Europe Observatory, published today, reveals [1].

Europe's resource grab highlights how key MEPs working on the EU raw materials initiative have pushed for big business to obtain unbridled access to exploit other countries' natural resources, while trying to block measures to protect the environment and workers' rights. A number of the MEPs have close links to related industry, including paid jobs and board positions.

Corporate Europe Observatory (CEO) says the report reveals how vested interests are undermining the Parliament's ability to act in the public interest and is calling on the Buzek working group - which is currently developing a new code of conduct for MEPs – to act to tackle conflicts of interest, including through MEP-industry groups [2]. CEO says MEPs should be banned from holding additional paid jobs which create a conflict of interest. One in seven MEPs are thought to have a second job, often involving lobbying or influencing work [3]. The Buzek working group is expected to finalise the draft code of conduct this week.

"Our research found that some MEPs are blatantly pushing their own vested interests and the interests of big business in promoting an EU resource grab around the world. They have argued that business must be able to access other countries’ natural resources, regardless of the rights of sovereign peoples, or measures to protect the environment and advance economic development."

The EU's raw materials initiative, published in February, has been discussed in six parliamentary committees and will be voted on in the lead committee on industry, energy and research (ITRE) on 30 June.

The report highlights how the Austrian MEP Paul Rübig, who has financial interests in companies which depend on access to raw materials and close links to lobby groups representing related industry sectors, is taking a key role on the issue, having set up an MEP working group on raw materials, which will work closely with a parallel industry group. Rübig, who is known to some as Brussels' Mr Raw Materials, has called for unhampered access to raw materials within Europe, including in protected areas, as well as the use of trade measures to secure access to resources overseas.

German MEP Elmar Brok, who led the raw materials work on the foreign affairs committee (AFET), urged the use of military means to secure access to raw materials. Brok is a senior figure in the Bertelsmann group, which owns companies with interests in the defence sector.

A number of Nordic MEPs, some with interests in the shipping industry, are also highlighted for pushing for access to natural resources in the Arctic.

"The raw materials initiative as it stands represents a neo-colonial push to grab natural resources from around the world, risking military conflict through resource wars. EU member states are signatories to UN conventions which recognise the rights of people to determine how their natural resources should be used. The EU must also recognise those sovereign rights – and develop a strategy based on sustainable resource use, reduced demand and greater re-use and recycling of raw materials."

The need for a different approach has indeed been endorsed by some MEPs involved in the initiative, who have called for a strategy to help resource-rich countries diversify their economies and reduce dependency on raw materials to protect exhaustible natural resources. The Irish MEP Paul Murphy told CEO that the current proposals were solely in the interests of big business and as such were likely to have a damaging effect on people [4].

[2] The ad hoc working group led by Parliamentary President Jerzy Buzek was set up to develop a code of conduct for MEPs and improve transparency around relations between MEPs and lobbyists, after three MEPs were caught in a newspaper sting operation accepting well-paid second jobs in return for tabling amendments. The group is expected to finalise a draft code of conduct this week. Corporate Europe Observatory is calling on the group to include:

[4] MEP: Raw Materials Initiative only in the interes of big business.