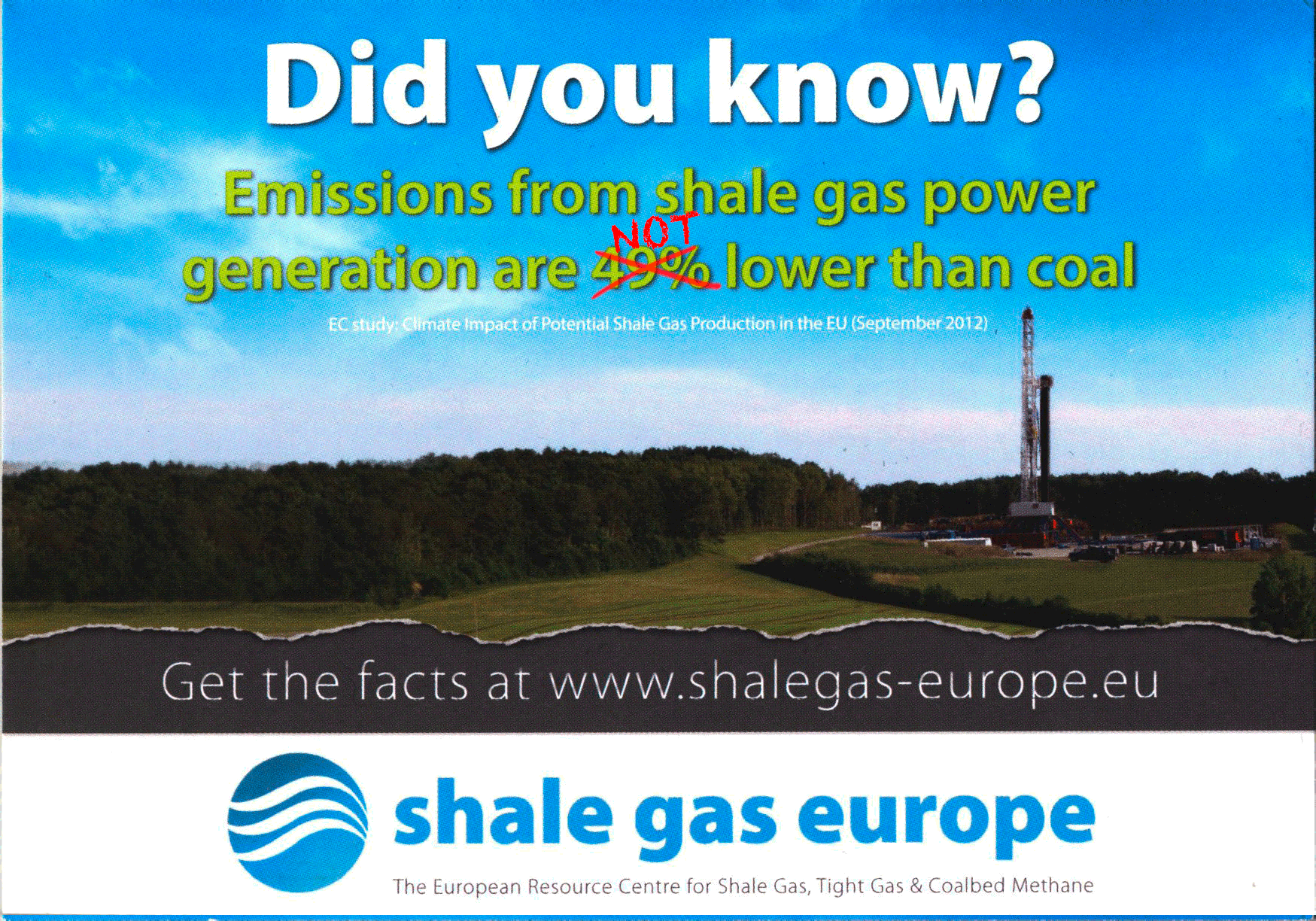 Brussels, 7 November 2012 - Oil and gas companies from the United States and across Europe have launched an all-out campaign to prevent EU-wide rules for the developing shale gas industry, according to a new report from Corporate Europe Observatory [1]. MEPs are expected to vote on whether the EU should introduce new regulations later this month.

The fierce battle has included intensive lobbying in the European Parliament and Commission, industry-funded reports, advertisements and websites, designed to show that shale gas does not pose a threat to the environment or to public health, and to promote the fiction that it is a green source of fuel.

Report author, Laura Weis, said:
“Big players from the oil and gas industry are trying to brand shale gas as a climate friendly source of fuel, and have been wining and dining MEPs to persuade them of its advantages. They have invested millions of euros in lobbying in Brussels in an attempt to mislead policy makers and fight off much needed regulation to protect the environment and public health.”

The report finds that oil companies including ExxonMobil, Chevron, Statoil, Total and Poland’s PGNiG are working with professional lobby firms to organise events in the Parliament to make the case for shale gas. They have been backed by Polish MEPs and the Polish government, which used the EU Presidency in 2011 in order to push its shale gas agenda.

Wide ranging health and environmental concerns linked to shale gas development do not get a look in at these events.

Fracking (or hydraulic fracturing) for shale gas is already underway in a number of EU member states. The first wells drilled in Poland in 2009, but moratoria on fracking have been imposed in a number of other member states, including France and Bulgaria. The European Parliament’s Environment Committee and DG Environment have both recommended tighter legislation – but DG Energy argues it is not required.

The European Commission is currently assessing the need for shale gas regulation and is expected to come up with a proposal in 2013.
ENDS