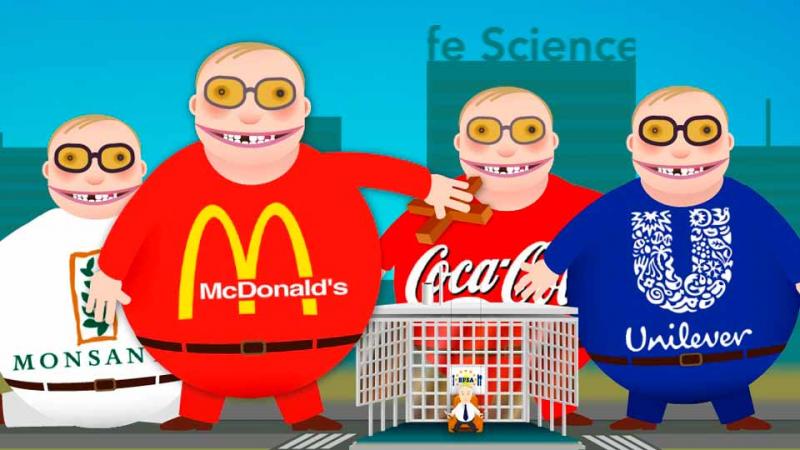 Which science and for whose safety? Ten years of EFSA

In 2012 the European Food Safety Authority (EFSA) celebrates its 10th anniversary with several events in its home town Parma, Italy. Alongside, experts, farmers, food campaigners, MEPs and members of the public are gathering  in a farmers' and citizens' conference to examine the question of industry's influence over EU food safety rules, and ask how to better protect public health and the environment.

Set up after the “mad cow” scandal as an independent EU agency, the authority has been criticised since its very beginnings, but increasingly in the past few years. The way EFSA assesses the safety of products like pesticides, food additives, and genetically modified organisms (GMOs) has been met with criticism from many different sources: civil society groups, members of the European Parliament, other public institutions, scientists, the media and recently even national governments.

Criticism on the scientific approach: too often it’s not independent science that underlies EFSA decisions about our food safety, but industry data. EFSA panels base their scientific opinions on controversial products such as pesticides and GMOs largely on industry-sponsored studies, and the authority has often been found to ignore independent research for unscientific reasons. It has issued controversial guidelines for the risk assessment of pesticides and GMOs that benefit much more industry than the public interest, even sometimes copying wording from industry sources.

Criticism of the people in charge: the EFSA experts who make these decisions are not all independent. Many of them have ties with biotech, food, or pesticide companies. EFSA’s independence rules have allowed blatant conflicts of interest to persist for years. Food industry lobbies are even represented on EFSA's management board. Several experts and managers have strong, systematic ties to industry lobby groups such as the International Life Sciences Institute (ILSI), a scientific think-tank funded by major food, chemical, and biotech corporations. EFSA's former Board chair, Diana Banati, even became ILSI's executive director from one day to the next! The ‘revolving door’ (where public officials move to industry jobs and vice versa) is also at work in EFSA.

EFSA came under strong pressure in 2011 when the European Parliament requested the European Court of Auditors (ECA) to undertake an evaluation of the agency's approach to the management of conflicts of interests, and in May 2012 when the EP did not grant the agency's 2010 budget discharge. In December, EFSA revised its independence policy on scientific decision-making and conflicts of interest.

The ECA report, analysing facts until October 2011, confirmed that EFSA's COI management had been inadequate1, and the Parliament only lifted its budget discharge mid-October 2012 with instructions to the agency to keep improving its conflict of interest policy until the next discharge procedure.2

This new policy indeed failed to address the fundamental problems of industry science and conflicts of interest, despite some improvements. EFSA and the European Commission claim that it is not realistic to exclude experts with industry links since the EU itself and national governments promote public-private partnerships in research. This position deserves to be strongly challenged. As long as the agency is unable to afford independent studies (EFSA does not undertake extra studies) or independent scientists (experts are not even paid), and has industry influence on the management board, controversies about industry capture over EFSA are likely to continue.

Since mid-2012 the European Commission has started working on the revision of EFSA’s founding regulation. This is the EU law that lays out the basic principals according to which EFSA should work, including values like transparency, excellence and independence of science and experts. A first proposal is to be expected in early 2013. This could be the opportunity to remedy many of the agency's problems, provided the political will is there.

The independent conference organised by several social and environmental organisations in Parma aims to contribute to the debate on what changes are needed at EFSA in the interest of food safety, public health and the environment.