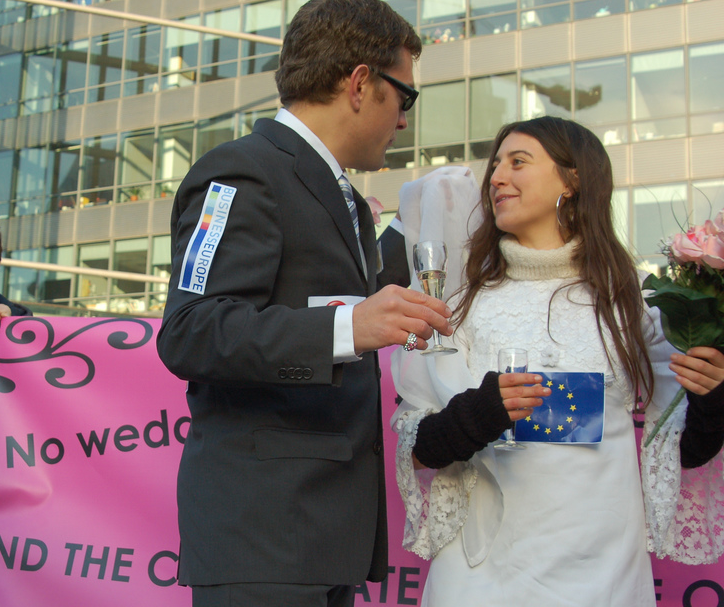 The European Ombudsman has launched an investigation into the European Commission's alleged failure to prevent conflicts of interest among staff as a result of the revolving door - where EU staff take up jobs with lobby firms and vice versa.

The complaint was filed by Corporate Europe Observatory (CEO), Greenpeace, Lobbycontrol and Spinwatch, who argue that the Commission's failure to properly address conflicts of interest allows private interests undue access and influence in public policy-making. The complaint focuses on the Commission's failure to implement rules in its internal staff regulations to guard against the revolving door problem [1].

CEO and other watchdog groups have documented a number of cases where staff rules have been breached [2], or where the Commission has clearly failed to ensure staff were aware of, or complied with the rules. As part of the inquiry, the Commission will be required to disclose  a list of all revolving door cases that have taken place over the last three years. Transparency campaigners have previously been denied access to this list. If there is evidence of systemic failure in the Commission's handling of the revolving door, the Ombudsman could take the exceptional move step of launching a more far-reaching own initiative inquiry [3].

According to current Commission rules, staff must be scrutinised for potential conflicts of interest, both when starting a position, and for two years after leaving, when taking up a new job. If such jobs could potentially lead to a conflict with “the legitimate interests of the institution”, the Commission can forbid it, or approve it subject to appropriate conditions.

Jorgo Riss, director at Greenpeace EU, said: “The Ombudsman investigation based on our complaint is good news for transparency. For too long, the Commission has turned a blind eye to the conflicts of interest that can arise when EU bureaucrats change job to become lobbyists, or when lobbyists start working in the EU administration. The Ombudsman's investigation should lead the Commission to close the revolving door to private lobbyists who put the public interest at risk.”

The investigation by the European Ombudsman comes at a time when the problem of undue access and influence is already in the public eye, following the mysterious resignation of former health Commissioner John Dalli in October 2012, over a tobacco lobby scandal, and just months after the European Court of Auditors criticised EU agencies for failing to take adequate action to tackle revolving door-type conflicts of interest [4].

Rachel Tansey, lobbycracy campaigner at Corporate Europe Observatory, says: “Dalligate has shown us that personal contacts in the Commission are extremely useful to lobbyists wishing to promote their interests. Many lobby consultancies headhunt Commission staff because they provide them with invaluable inside knowledge and contacts. It is a profitable business strategy and one the Commission cannot afford to ignore."

To shed light on the revolving door problem, transparency organisations call on the Commission and the European Parliament to require lobby groups, companies and consultancies signed up to the EU's transparency register to disclose if their lobbyists have previously worked as EU officials [5]. The EU register is currently under review (two years after it was launched), offering an opportunity not only to make the register mandatory, but also to include new provisions.

The review of the Staff Regulations, expected to be completed in the coming months, also offers a crucial opportunity to include stricter revolving door rules.

Notes:
[1] The complaint, filed by Corporate Europe Observatory, Greenpeace, Lobbycontrol and Spinwatch on 16th October 2012, is available here: http://corporateeurope.org/revolving-doors/2012/10/revolving-door-complaint-ombudsman
[2] ALTER-EU. 2011. Block the revolving door: why we need to stop EU officials becoming lobbyists. www.alter-eu.org/sites/default/files/altereu_revolving_doors_report.pdf
For an updated list of cases, see Corporate Europe Observatory's RevolvingDoorWatch: http://corporateeurope.org/projects/revolvingdoorwatch
[3] The Ombudsman stated in correspondance with transparency organisations, 1 February 2012: “If there are indications of such a systemic problem, I will close the inquiry into the present complaint and open an own initiative inquiry, thereby giving me greater procedural flexibility to pursue my inquiry in the public interest; address all aspects of the issue; and assist the Commission, if necessary, to improve its procedures. If I decide to open an own initiative inquiry, I may decide to invite the public to comment on the general issues raised.”
[4] European Court of Auditors. Special Report No 15/2012: Management of conflict of interest in selected EU Agencies. Page 35, para 88. http://eca.europa.eu/portal/page/portal/pressroom/PresspackSR152012
[5] This provision exists in the Canadian Lobbying Act, which includes a mandatory lobby register, requiring entities to list the names of lobbyists as well as any former public offices held by the lobbyists identified on their registration. Detailed in Lobbying and transparency: A comparative analysis of regulatory reform, Craig Holman and William Luneburg, 2012, http://www.palgrave-journals.com/iga/journal/v1/n1/full/iga20124a.html