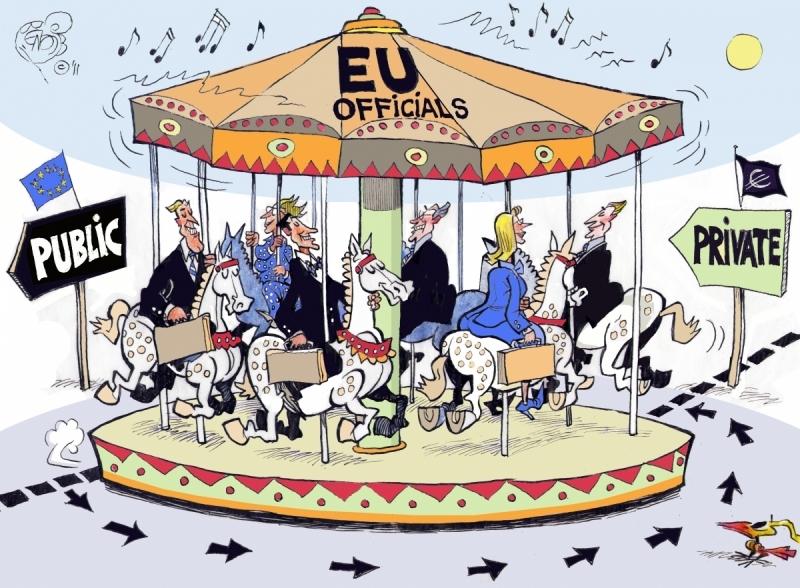 Transparency campaigners today welcomed the announcement that Michel Petite has been replaced as chair of the Commission's ad hoc ethical committee. [1]

Michel Petite had been re-appointed by the Commission to its ad hoc ethical committee (which assesses the revolving door moves of former commissioners) in December 2012 despite the fact that he had had a controversial spin through the revolving door himself from the Commission's Legal Service to Clifford Chance in 2008. Petite's clients at Clifford Chance include tobacco firm Philip Morris. It later emerged that Michel Petite had also played a role in the Dalligate scandal too.

In February 2013, LobbyControl, Corporate Accountability International and Corporate Europe Observatory lodged a complaint with the European Ombudsman about Petite's reappointment [2] and the Ombudsman is due to publish her response to this complaint shortly. But today, the Commission has apparently followed the Ombudsman's advice and replaced Petite, fearing a critical report. Responding to the news today, European Ombudsman Emily O'Reilly has said: “It was difficult to argue that the client-related activities of the previous head [Petite] did not constitute a potential conflict.” [3]

Ulrich Mueller from LobbyControl said: “We welcome the fact that Michel Petite has finally left the Commission's ethical panel. But in fact he should never have been appointed in 2009, let alone re-appointed in 2012. It is shocking that the Commission was so oblivious to the risk of conflicts of interest in this case and that even when we expressed our concerns, they continued to deny any wrong-doing. This sorry saga should provoke a wholesale review of the way in which the Commission handles conflicts of interest issues.”

Olivier Hoedeman, Research and Campaigns Coordinator at Corporate Europe Observatory said: “In our view, asking a controversial revolving door-er and lobbyist such as Michel Petite to advise on commissioners' proposed revolving door moves, was a bit like asking a smoker to advise on anti-smoking rules and it made a mockery of the whole process. It is good news that Petite has left the ethics panel, but more changes are required to that body if it is to be fit for purpose to assess commissioners' new jobs in 2014 when they leave office. In addition, the Commission must become far more ambitious and proactive in securing ethics and transparency in its relations with lobbyists, starting with ensuring mandatory lobby transparency, including for law firms like Clifford Chance.”

The campaigners demand that the Commission's ad hoc ethical committee is replaced with a fully independent ethics committee where the members are drawn from experts in national ethics administration and have not had a history in the Commission.

Michel Petite was re-appointed to the Commission's ad hoc ethical committee in December 2012 as one of three members. In 2008, Michel Petite was nominated for a 'Worst EU lobby award' by transparency campaigners who were concerned about possible conflicts of interest when he left his post as Head of the Commission's Legal Service and joined Clifford Chance law firm. [4] Since that time, Petite has been involved in lobbying activities on behalf of clients, despite the fact that Clifford Chance has not signed up to the EU's lobby register. [5]

In addition, Petite played a role in the Dalligate scandal when he established contact with Catherine Day, Secretary General of the European Commission, on behalf of Swedish Match (the tobacco industry company at the heart of the scandal) after the firm approached him to receive advice about how to contact the Commission to make a complaint. [6]

The power and influence of the tobacco lobby in Brussels were demonstrated all too clearly during the recent vote of the Tobacco Products Directive in the European Parliament. Proposals to strengthen the regulation of tobacco products across Europe were watered-down following a lobby onslaught from the industry which met with hundreds of MEPs and authored many of the pro-tobacco amendments tabled to the legislation. [7]

[2] The complaint to the European Ombudsman can be read here: http://corporateeurope.org/pressreleases/2013/european-commissions-petite-problem-investigated

[4] More information about Michel Petite's spin through the revolving door can be found at RevolvingDoorWatch: http://corporateeurope.org/revolvingdoorwatch/cases/michel-petite

[5] Michel Petite is known to have met with the Commission's Legal Service in September 2011 and in September 2012 whilst having tobacco giant Philip Morris International as a client of Clifford Chance. At these meetings, Mr Petite presented views on tobacco legislation. Furthermore, campaigners have seen a memo from Mr Petite offering a legal assessment of the Commission's research framework (Horizon 2020), which was sent to the MEP rapporteur on that dossier through defence corporation EADS, a Clifford Chance client.

[6] The Dalligate scandal involved the abrupt departure of EU Health Commissioner John Dalli in October 2012 after unsubstantiated allegations of multi-million euro bribes being sought from the tobacco industry by a lobbying 'fixer'. Further information can be found on Dalligate at: http://corporateeurope.org/lobbycracy/2012/10/wake-call-commission-lobbyists-exploiting-privileged-access

[7] For more information see: Tobacco lobbyists all fired up ahead of key vote. CEO. 8 July 2013: http://corporateeurope.org/lobbycracy/2013/07/tobacco-lobbyists-all-fired-ahead-key-vote