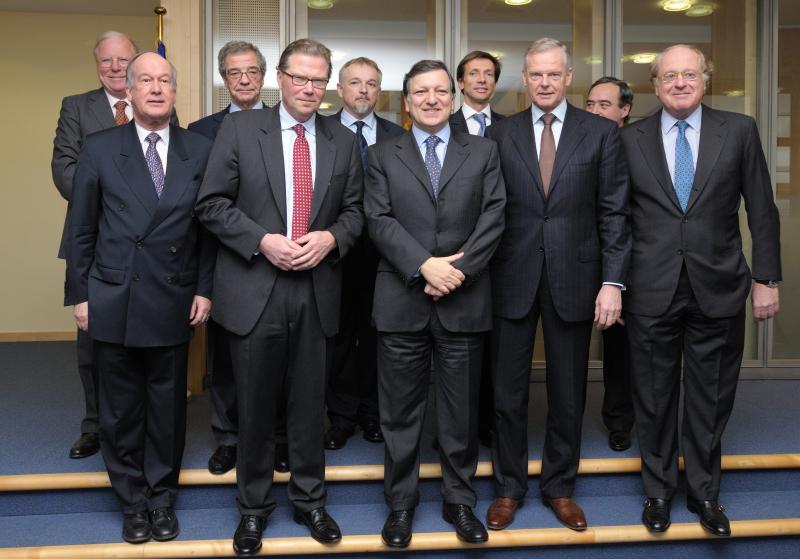 Today the lobby watchdog Corporate Europe Observatory released a critical report on the record of the European Commission over the last five years. The report sums up the record of the outgoing Barroso II Commission, in particular how the Commission has interacted with big business lobby groups during its term. It provides an overview of the role of the Commission in key areas, including international trade, financial regulation, climate change, agriculture, and the response to the crisis. The release coincides with the start of the European Business Summit, Brussels’ biggest lobbying event organised by employers’ federation BusinessEurope, where corporate CEOs enjoy unrivaled access to Europe’s commissioners and political leaders, it is an event where, in its own words, “business and politics shape the future”.

The critique of the Commission in the report is severe. It concludes that the Commission has pursued a corporate agenda, with little regard for other interests in society. On top of this, the Commission has fought tooth and nail to avoid effective regulation of lobbyists, including by opposing a mandatory register and avoiding serious reform of its advisory structure, with its so-called expert groups dominated by big business representatives in many areas.

Kenneth Haar, co-author of the report, said:
“The Barroso II Commission is the European Commission at its worst. With the crisis, it has managed to expand its competence, and has used its new powers to impose policies that fit neatly with the interests of big business. This will be a term that Europeans won’t forget any time soon. It leaves the Commission with less legitimacy.”

Olivier Hoedeman, coordinator and co-author said:
“The outgoing Commission leaves a sad record of putting big business at the steering wheel of a large number of EU policies. This stresses the urgency for reform.”

Pascoe Sabido, co-author said:
“This report underlines just why the Commission’s dogged insistence on listening to big business rather than European citizens is driving people into the streets. On 15 May thousands of Europeans will be in Brussels to surround the European Business Summit and send a clear message to our political leaders – democracy is not for sale at any price.”

In a comment on the indirect elections of the next Commission President, staged by the European Parliament, the group states that the problem with the Commission goes deeper than that. The lack of accountability and transparency at the Commission is successfully exploited by big business groups, and a mere change of guard will hardly solve this. There is a need to look deeper into the fundamental flaws of this key EU institution, and to adopt strong rules on lobbying transparency and ethics as a first step.