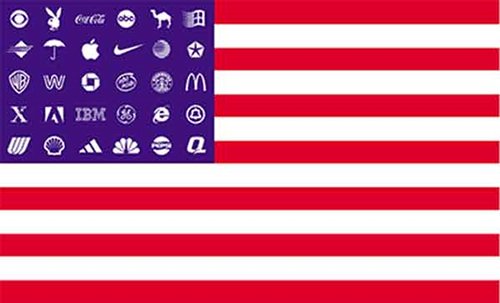 Plans Would Enable Foreign Governments and Businesses to Undermine Laws

Brussels, Cologne, Madrid, May 12, 2014 - According to a leaked position paper and statements by trade officials, current proposals being floated as part of the Trans-Atlantic Trade and Investment Partnership (TTIP) negotiations would grant foreign governments and corporations an increased opportunity to influence public protections in both the European Union and the United States. This would include standards related to food safety, toxic chemicals, occupational health, and the protection of the environment.

In response, 178 environmental, health, labor, and consumer organizations are demanding detailed explanations from EU and U.S. trade negotiators about proposals to address differences in their laws. The coalition for an alternative trade policy, the Seattle to Brussels Network, LobbyControl, and Corporate Europe Observatory are among the groups that are calling on negotiators to answer questions about the potential of TTIP to weaken health, consumer, worker, and environmental protections and that are urging full transparency on regulatory issues in the TTIP negotiations.

Under these proposals, regulators could use sweeping tools, such as “mutual recognition,” to address regulatory differences, which could erase higher levels of protection in the EU or the U.S. and deter stronger standards in the future. States in the U.S. and Member States in the EU would also be subject to onerous consultation procedures and trade impact-analyses. These tools would focus almost exclusively on impacts on trade and costs to corporations while ignoring the many benefits that standards and safeguards deliver for our health, safety, and overall quality of life.

The trade benefits that negotiators are focused on are entirely economic and paint a target on both the EU and U.S. systems of standards and safeguards. A study by the European Commission on the potential economic impacts of the trade deal estimates that 80 percent of TTIP’s economic benefits would come from addressing regulatory differences between the EU and U.S.

“The top-down coordination of these measures through an institutional framework for transatlantic regulatory cooperation, we feel, would likely become a significant source of delay and preempt a state, a country, or region’s ability to maintain or establish stronger standards when consumers demand such or to respond to emerging technologies, new scientific information, preferred policies by the public, and urgent crises,” the groups said in a joint letter today.

Most major corporations in the United States and Europe have submitted public comments to the negotiators demanding weaker public safeguards in the name of international trade. In the letter, the public interest groups state that “one of our main concerns is that regulatory cooperation as suggested by negotiators will allow business groups and their lobbyists to exert undue influence in the regulatory process.”

“It is highly worrying to see that not only are the negotiators considering a deal that could weaken protection of the environment, they're devising procedures that would put the interests of business lobby groups at the heart of regulatory procedures in the future”.

“If 80% of the supposed economic benefits of the TTIP depend on the removal or harmonisation of regulations and standards we would be affected by unprecedented cuts in social, labour and environmental rights, posing a serious threat to consumer protection, public health, and environmental safety. As we see in the leaked document, the TTIP is clearly a major threat that could affect many aspects of our daily life. That is why groups from all Europe and the US are campaigning to stop the negotiations and prevent the planned step backwards”.

“It is completely unacceptable that the public is left in the dark. New measures must be taken to ensure full transparency, and to stop business lobby groups from acquiring the political privileges, they seem to be offered”.

Link to the joint letter of civil society organizations to the trade negotiators: