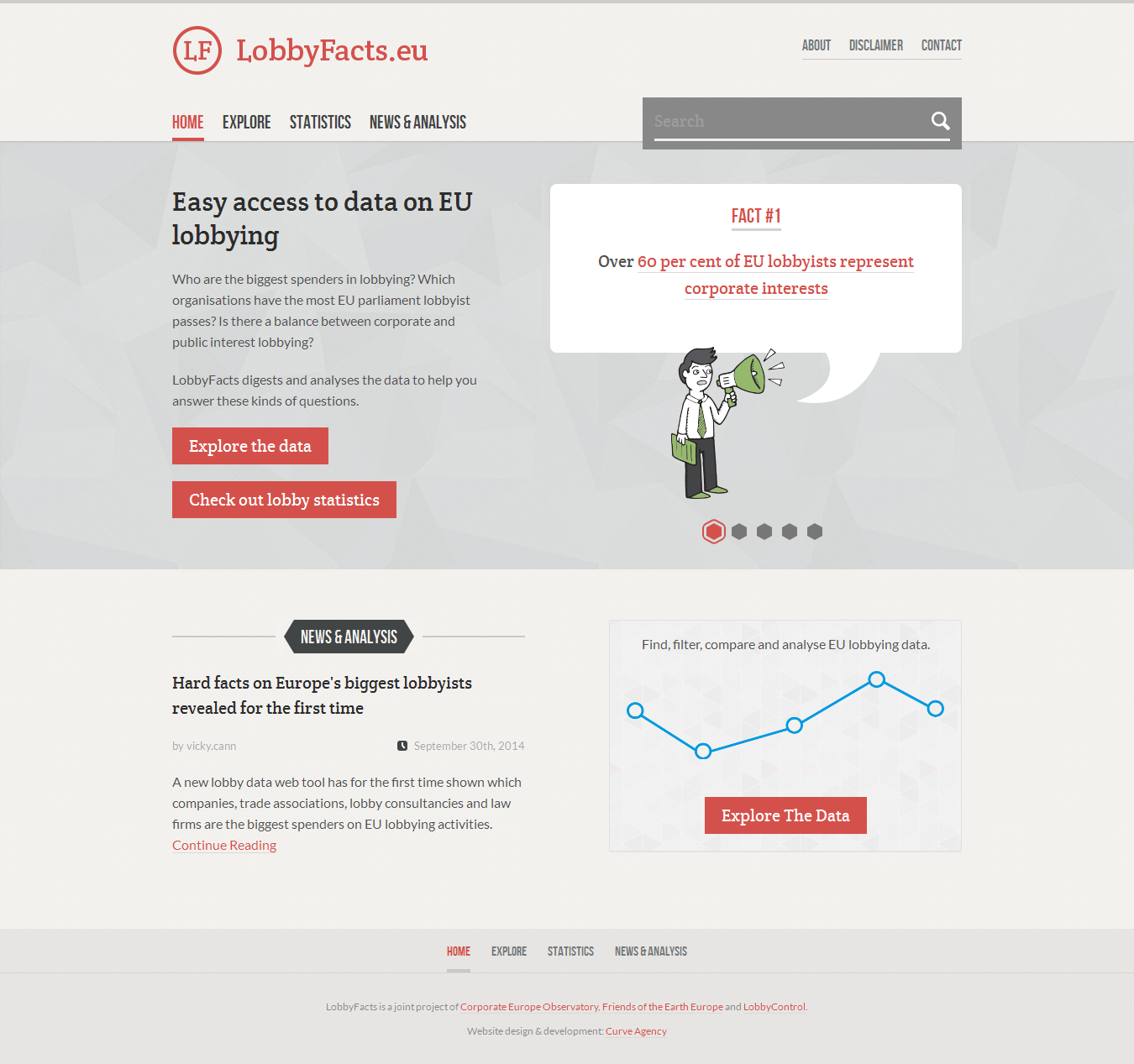 LobbyFacts.eu is a new online tool based on the EU lobby register which allows the data to be sorted, compared, ranked and analysed in ways not possible in the current register. LobbyFacts allows journalists, activists, academics and others to see the top spenders on lobbying and who has the most parliamentary passes. The LobbyFacts search engine is also significantly faster than the official register website.

Erik Wesselius of Corporate Europe Observatory, one of the organisers of the LobbyFacts project, says:

“Lobbying is big business in the EU. We hope that LobbyFacts will become a really useful tool for journalists and activists analysing and exposing EU lobbying. The official lobby register is not very user-friendly or flexible, but LobbyFacts enables people to compare lobby data from different lobbying organisations and different countries and to do so quickly.”

Other ranking lists provided by LobbyFacts include the numbers of lobby staff employed by different organisations and how many European Parliament access passes they hold.

Statistics which LobbyFacts' data-crunching has revealed for the first time include:

Natacha Cingotti of Friends of the Earth Europe says:

“LobbyFacts is an unprecedented tool for all those interested in tracking who is spending what to influence decision-makers in the Brussels bubble. But what we see is just the tip of the iceberg. Given the lack of a mandatory register, too much of the lobbying directed at EU institutions is shrouded in secrecy, with numerous lobby groups and law firms shunning disclosure or under-reporting their lobby budgets.”

LobbyFacts reveals some of the absurdities in the current voluntary official lobby register. For example, the Italian National Association of Tax Consultants, Associazione Nazionale Consulenti Tributari, declares lobby expenditure of €50,000, but also declares that it employs a lobbying army of 5000 staff.

“LobbyFacts further makes the case for an urgent transition to a mandatory register with reliable information. We are pleased with Jean-Claude Juncker’s signal in favour of mandatory lobby registration and we look forward to seeing his proposal for a new mandatory EU lobby register promptly after he takes office.”