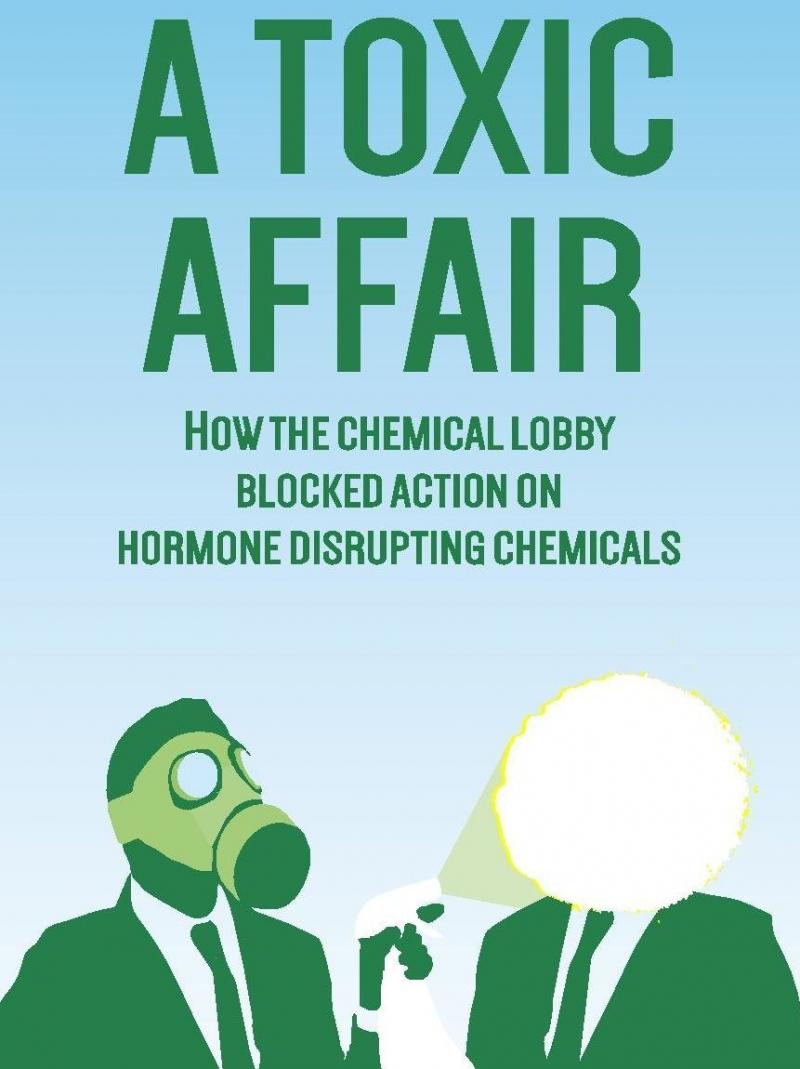 A toxic affair: How the chemical lobby blocked action on hormone disrupting chemicals

The report sheds light on how corporations and their lobby groups have used numerous tactics from the corporate lobbying playbook: scaremongering, evidence-discrediting, and delaying tactics as well as the ongoing TTIP negotiations as a leverage.

It points the finger at lobby groups representing the chemical industry, pesticides producers and the plastics sector such as CEFIC (European Chemical Industry Council), ECPA (European Crop Protection Association) and major European corporations such as BASF and Bayer who have been particularly active in countering possible regulation of these toxic substances.

But the report shows that also actors within the European Commission itself have been key at obstructing the process. Directorate-General (DG) for the Environment was in charge for developing the EDC regulation and was not only attacked by industry lobby groups, but also countered and isolated by DG SANCO, Trade and Enterprise. This has resulted in a complete U-turn by the European Commission. In July 2013 the Secretariat-General of the Commission decided to undertake an impact assessment – which happened to be industry's key demand. This has resulted in a substantial delay: the scientific criteria to define EDCs will not be ready before 2017, that is 4 years after the legal deadline set by the Parliament.

EDCs are present in everyday products – from cosmetics, carpets, and computers, to pesticides, plastics, and construction materials. Because of their ability to interact with the hormonal systems of living organisms, they are suspected of having severe health and environmental impacts. Human exposure to them has been linked to diseases such as prostate, breast, and testicular cancers, infertility, genital abnormalities, brain development, diabetes, and obesity. A landmark report by the World Health Organisation and the UN Environmental Programme called EDCs a “global threat”.

“Delaying any regulations on EDCs is of crucial importance to the industry. This gives them an opportunity to use the ongoing talks on the EU-US trade deal, the Transatlantic Trade and Investment Partnership (TTIP), to get rid of EDC regulation altogether,” comments Nina Holland, CEO campaigner and co-author of the report. One of the main goals of the TTIP negotiators is to flatten out the differences between EU and US regulations to facilitate trade. Any potential EU action on endocrine disruptors therefore would be a major stumbling block for the talks.

“This investigation tells the story of a major ongoing lobbying battle. Hundreds of documents released by the European Commission following freedom of information requests show unambiguously how science is being manipulated to defend vested interests, manufacture doubt and delay a pioneering regulation.”

PAN Europe is today publishing a timeline of the events around the EDC criteria. Their report focuses on conflicts inside the Commission, showing how DG Environment was being increasingly isolated by the other Directorates-General, in particular DG SANTE - http://www.pan-europe.info/News/PR/150520.html

The report is co-authored by Stéphane Horel, an independent journalist based in Paris. She investigates corporate influence and conflict of interest on environmental and public health issues. She directed a documentary on the lobbying around the EDC issue for French TV (Endocrination – What's Up / France 5, 2014).