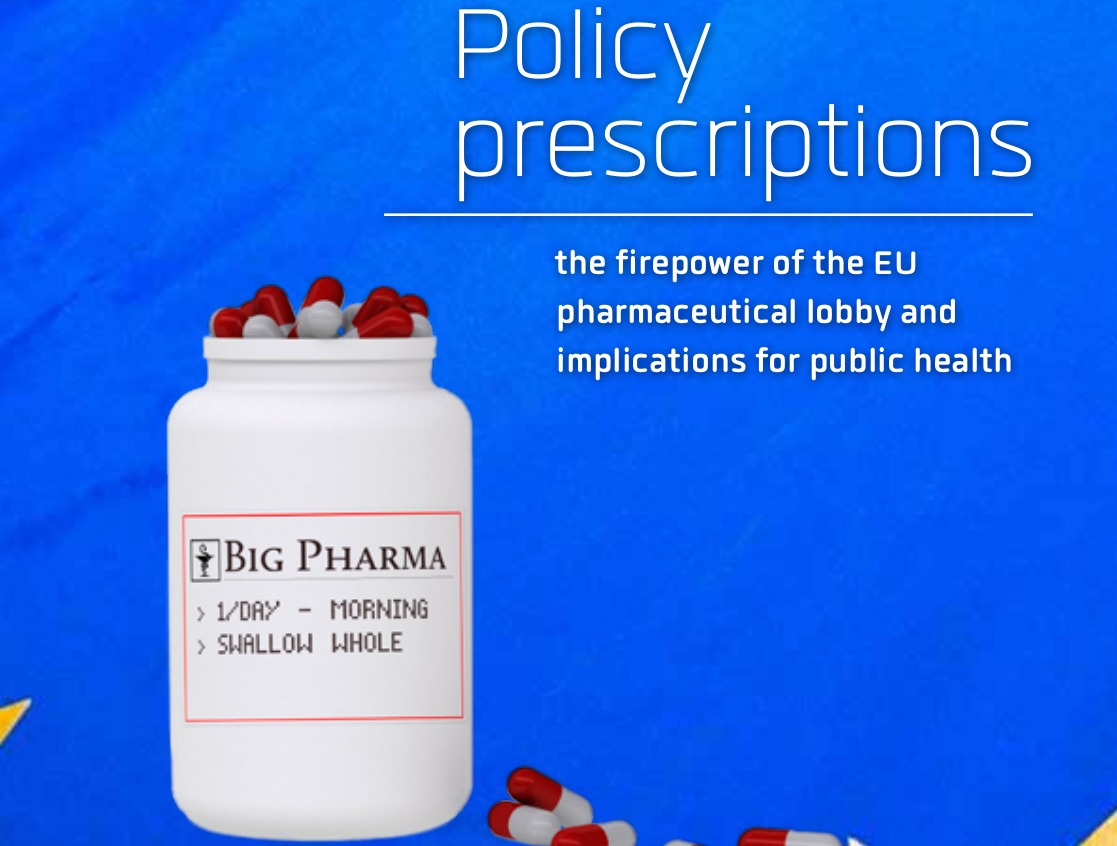 A new report released today reveals the dramatic extent of the pharmaceutical industry's lobbying efforts towards EU decision-makers, with the industry spending an estimated 15 times more than civil society actors working on public health or access to medicines.

'Policy prescriptions: the firepower of the EU pharmaceutical lobby and implications for public health' by Corporate Europe Observatory probes the privileged access to decision-making in Brussels enjoyed by the sector and facilitated by a lobby spend of around €40 million, extensive meetings with policy-makers, and presence in advisory groups. Under-reporting and the continued avoidance by some of the EU's voluntary lobby transparency system mean that overall industry spending may be much higher than the transparency register reveals.

The report shows that Big Pharma enjoys a staggering number of meetings with European Commission departments and officials. For example, influential EU pharmaceutical trade association, the European Federation of Pharmaceutical Industries and Associations (EFPIA), had over 50 meetings with the Juncker Commission in its first four and a half months of office.

“The large-scale efforts of big pharmaceutical companies to mould EU policy to their own commercial benefit and their privileged access to EU decision-makers are deeply worrying. Strong measures are needed to avoid capture of EU health policy by Big Pharma, beginning with full transparency over industry lobbying and ending of privileged access,” says CEO researcher and author of the report, Rachel Tansey.

The study examines some of Big Pharma’s channels of influence in the EU and exposes concrete examples of EU law and policies that have been targeted or shaped by the industry. These include rules around clinical trials’ data transparency, trade secrets, and the negotiation of the EU-US trade deal, the Transatlantic Trade and Investment Partnership (TTIP).

It also puts pharma lobby group EFPIA in the spotlight, examining its goals, tactics, access and influence, including a critique of the EU’s multi-billion euro public-private partnership with EFPIA, the ‘Innovative Medicines Initiative’.