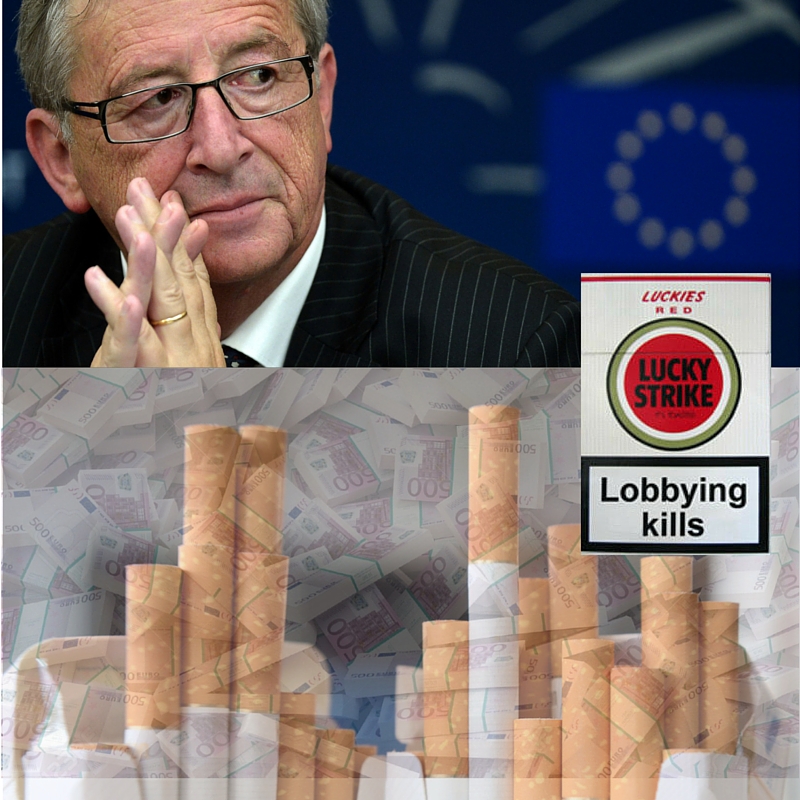 In a worrying development, the European Commission has refused to act on the recommendations of the European Ombudsman regarding tobacco industry lobbying.

In October 2015, Ombudsman Emily O'Reilly slammed the Commission's failure to comply with the World Health Organisation's Framework Convention on Tobacco Control as 'maladministration' and urged the Commission to publish details of all meetings with tobacco lobbyists online. Now the Commission has responded by merely repeating its bogus claim that it "complies in full" with the UN rules and restating the same unconvincing argument that its general rules in the field of transparency and ethics are sufficient.

The Commission's refusal to take specific measures to tackle tobacco industry lobbying influence reflects a worrying complacency and lack of vigilance regarding the large-scale lobbying efforts of this sector. The Commission is seriously underestimating the magnitude, sophistication and nastiness of this toxic industry's lobbying efforts and the risk of undue influence.

Statements made in the Commission's response reveal this alarming lack of awareness of the risks of unchecked tobacco lobbying influence. For example, the Commission argues that additional transparency measures are not needed because meetings between top officials and tobacco lobbyists have been scaled back since the legislative process around the Tobacco Products Directive came to an end. This ignores the fact that tobacco industry lobbying is now targeting other issues, such as EU trade policy (TTIP and other trade negotiations), the renewal of the controversial agreements with four tobacco giants on combating illicit trade in tobacco and the battle around the choice of technology for high-tech digital watermarks in tobacco packaging to prevent counterfeit. This lobbying not only targets the approximately 250 top officials whose meetings are disclosed online, but also Commission officials in powerful roles on the levels below.

It is particularly shocking that the Commission stubbornly sticks to the claim that lawyers representing tobacco companies are not lobbyists but "legal experts". This is obviously a flawed approach that creates a very dangerous loophole enabling secretive tobacco lobbying influence.

“The Commission's stubborn rejection of the Ombudsman´s recommendation to secure tobacco lobbying transparency in line with UN guidelines is a major missed opportunity. If the Commission does not even take the risks of undue lobbying influence seriously for this most controversial sector, then how can the public have any trust in its overall ability to protect the public interest against regulatory capture and undue influence?”

“All of this does not bode well for transparency and accountability, which President Juncker announced as a priority for his Commission upon taking office. Since then we've seen these issues constantly put on the back burner. Indeed, this Commission has recently proved so eager to maintain secrecy that we have received responses to freedom of information requests on tobacco lobbying and the TTIP talks that are so heavily redacted as to be incomprehensible.”