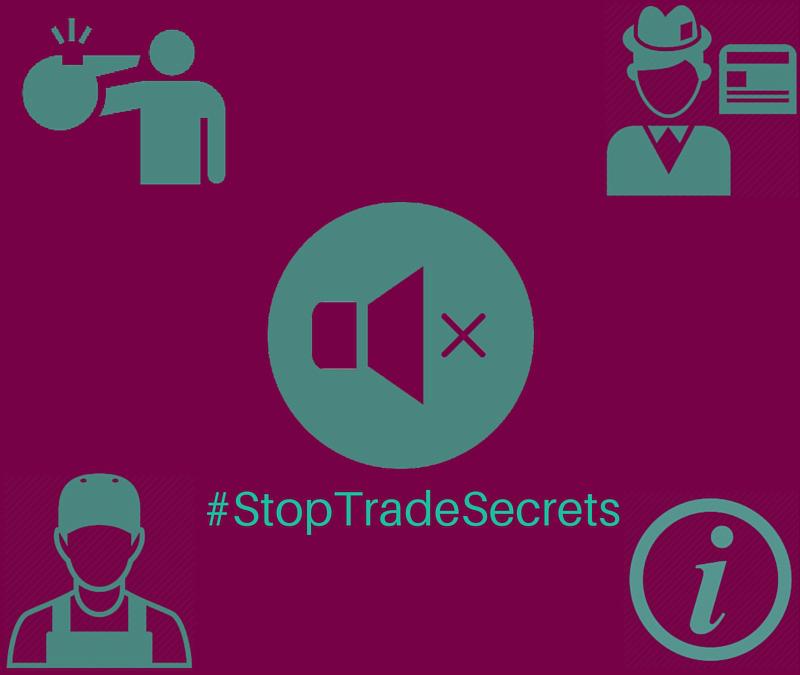 Mossack Fonseca, the Panama-based law firm at the centre of the Panama Papers scandal, has responded to media enquiries with a warning :

''It appears that you have had unauthorized access to proprietary documents and information taken from our company and have presented and interpreted them out of context. We trust that you are fully aware that using information/documentation unlawfully obtained is a crime, and we will not hesitate to pursue all available criminal and civil remedies.'' (1)

The ''Trade Secrets Protection'' Directive due to be voted on by MEPs on April 14 would give such companies new legal ammunition to prosecute journalists and news organisations publishing their internal documents and information.

This text (2) creates excessive rights to secrecy for businesses and is a direct threat to the work of journalists and their sources, whistleblowers, workers' freedom of expression, and rights to access public interest information (on medicines, pesticides, car emissions, etc).

A pan-european coalition of NGOs, trade unions, journalists, whistleblowers and researchers (see list below) are calling on (3) MEPs to reject the text and tell the European Commission to propose a better one. The coalition has also launched a petition against the text which has already collected over 72,000 signatures.(4)

Martin Pigeon from Corporate Europe Observatory:
“The Trade Secrets Protection Directive set to be voted in Strasbourg next week is meant to fight industrial espionage but will apply to everyone in society, including people who have no commercial interest whatsoever in disclosure and are taking risks in the public interest. We're looking here at a new blanket right to corporate secrecy, and this is the result of outrageous levels of industry influence on the text from the very beginning. We urge the European Parliament to reject the text and tell the European Commission to propose a better one, protecting trade secrets without endangering citizens' political rights.”

If the directive is approved at the European level, member states will be able to go further when they adapt it into national law - and will face pressure from industry to do so.

Patrick Kamenka, from the French Union of Journalists SNJ-CGT:
“Citizens, journalists, scientists... sometimes also need to have access to and publish this information to defend the public interest. They could now face legal threats, years in prison and heavy fines worth hundreds of thousands of euros for doing so, like Antoine Deltour and Edouard Perrin in the Luxleaks affair. This effectively prevents people from reporting corporate misconduct or wrongdoing. Which media editor can afford to take the risk of financial ruin?”

(2) The directive's official name is “Directive on the protection of undisclosed know-how and business information (trade secrets) against their unlawful acquisition, use and disclosure”

Members of the European coalition