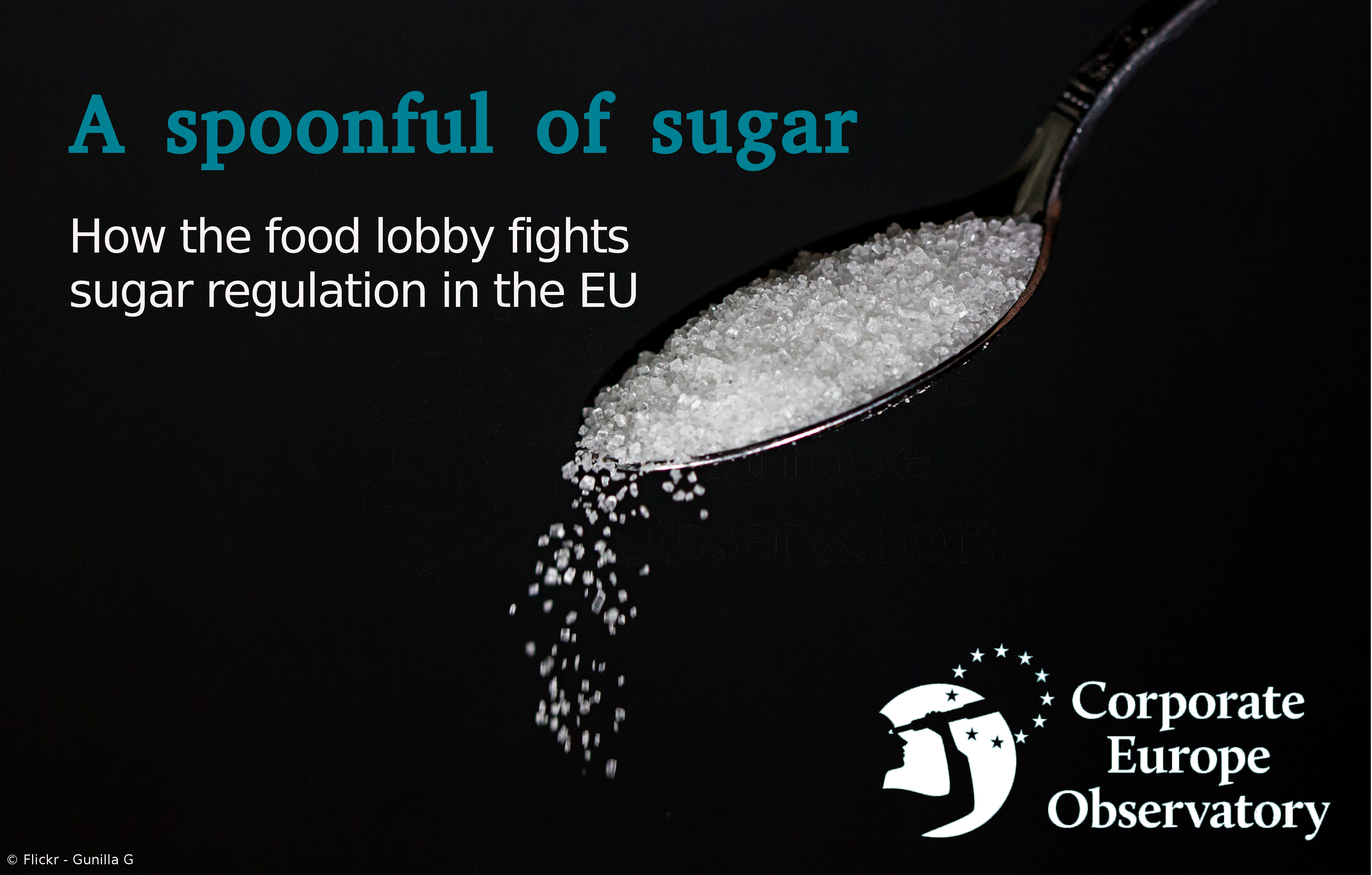 The food and drink lobby is winning the fight over EU sugar regulation. As Corporate Europe Observatory’s new report “A spoonful of sugar” illustrates, existing laws are being undermined and much-needed measures fought off that are vital for tackling Europe’s looming health crisis.

An increasing number of people in Europe are struggling with obesity, heart disease and diabetes linked to excessive sugar consumption. This public health crisis has not stopped trade associations that represent the biggest players in the food and drink industry from resisting regulation at all cost: snacks, drinks, and processed foods that are high in sugar have the highest profit margins.

In total, the key trade associations, companies and lobby groups behind sugary food and drinks spend an estimated €21.3 million annually to lobby the European Union.

“A spoonful of sugar” highlights how, despite rhetoric about addressing the health crisis, industry lobbyists are derailing effective sugar regulation in the European Union.

Health policies like upper limits for sugars in processed foods, sugar taxes, and labels that clearly show added sugars are long overdue. We need lobby transparency and a clear division between the regulators and the regulated. Rules and guidelines that help people make informed and healthier nutrition choices must no longer fall prey to the disproportionate influence of the food and drink industry.

“So many independent scientific studies show a clear link between excessive sugar consumption and serious health risks. But the fact that there is still no consensus on the dangers of sugar among EU regulators proves just how powerful the food and drink lobby is.

“Sound scientific advice is being sidelined by the billions of euros backing the sugar lobby. In its dishonesty and its disregard for people’s health, the food and drink industry rivals the tactics we’ve seen from the tobacco lobby for decades.”