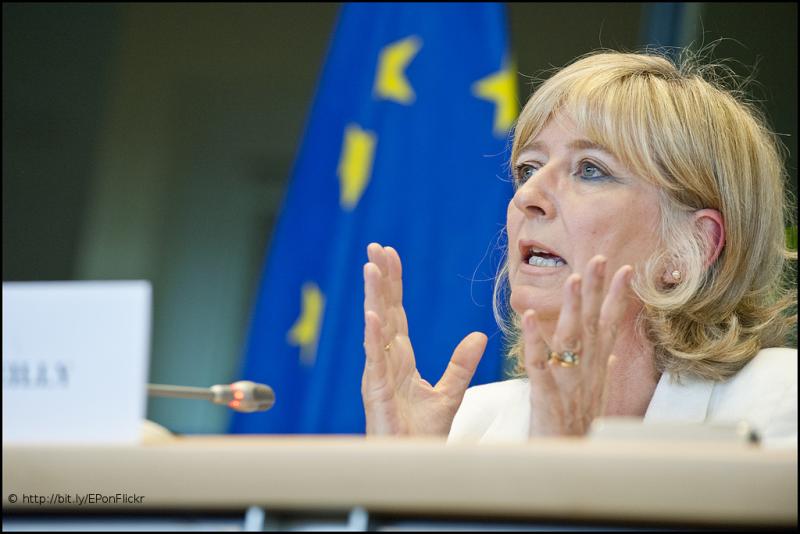 “We are happy to see the European Ombudsman’s persistence in pursuing the revolving doors issue. Her announcement of a fresh investigation is most welcome and comes at a very good time. Ex-Commission President Barroso’s scandalous move to megabank Goldman Sachs is still making headlines and keeps fuelling public anger - this issue is not going away anytime soon.

“In today’s announcement, the Ombudsman added to her earlier finding of ‘systemic maladministration’ in elements of the Commission’s implementation of revolving door rules for its officials. She has now highlighted flaws in the institutions’ implementation of transparency provisions, and her promise to follow up with another investigation next year will surely help to keep the Commission’s revolving door problem in the spotlight.

“We see a never-ending stream of exiting commissioners, incoming special advisers, officials departing on sabbatical, and others who’re benefitting from weak revolving door rules and their lax implementation. This results in the risk of conflicts of interest and damage to people’s trust in the Commission.

“It is obvious that the revolving door is supporting the corporate capture of the Commission. Juncker must finally be proactive and deliver on stricter revolving door rules and implementation.”

Marcus Lippold: After a long career at ExxonMobil, Lippold joined DG Energy - only to leave the institution for a Commission-authorised sabbatical in 2013 as Vice President for business strategy and corporate affairs at Hungarian energy company MOL Group. In 2015, another Commission-authorised sabbatical followed, which saw him working for Saudi Aramco, one of the world's biggest oil and gas companies. While at DG Energy, Mr Lippold was responsible for the coordination of bilateral oil dialogues and cooperation with OPEC, which includes Saudi Arabia. More info here.

Officials on sabbatical currently retain a right-to-return to an equivalent job in the Commission.

Aleksandra Tomczak: Before joining DG Energy as coordinator for EU coal policy in 2015, Tomczak worked as policy manager at the World Coal Association, the industry’s primary lobby group. For a period of six months, Tomczak was only allowed to meet with coal industry representatives if accompanied by another colleague, and was also banned from working on files concerning individual coal companies or national coal sectors. These restrictions failed, however, to tackle the fundamental conflict of interest which remained. More info here.

Corporate Europe Observatory sees a clear responsibility for the Commission not to appoint officials to policy-making roles if there is any risk of lacking objectivity or impartiality.

Jan Eric Frydman: Partner at Swedish law firm Ekenberg & Andersson and head of the firm’s transatlantic practice, Frydman was appointed Special Adviser for Trade Policy and Transatlantic Affairs to EU Trade Commissioner Cecilia Malmström in March 2015. He held both positions simultaneously, raising serious concerns that the risk of conflicts of interest had not been fully assessed as the special adviser role grants him extraordinary access to TTIP policy developments. More info here.

The European Ombudsman recently announced her plans to launch an investigation into the Commission’s process for assessing conflicts of interest for special advisers.

Covington & Burling: In recent months, law firm and EU lobby heavyweight Covington & Burling has very actively been recruiting Commission officials. Kevin Coates joined the firm as a partner in March 2016 from his previous position as head of DG Competition’s cartel unit, a move authorised by the Commission as a one-year sabbatical and thus implying his return to the Commission next year. Sophie Bertin, former Head of Unit in DG Competition’s “Financial Crisis” Task Force, joined Covington’s global antitrust and competition practice in the Brussels and London offices in April 2016. Péter Balás, previously DG Trade’s Deputy Director General (2005-2014) and the Commission’s head of its Support Group for the Ukraine (2014-2015), joined Covington’s Public Policy & Government Affairs team as senior policy advisor.