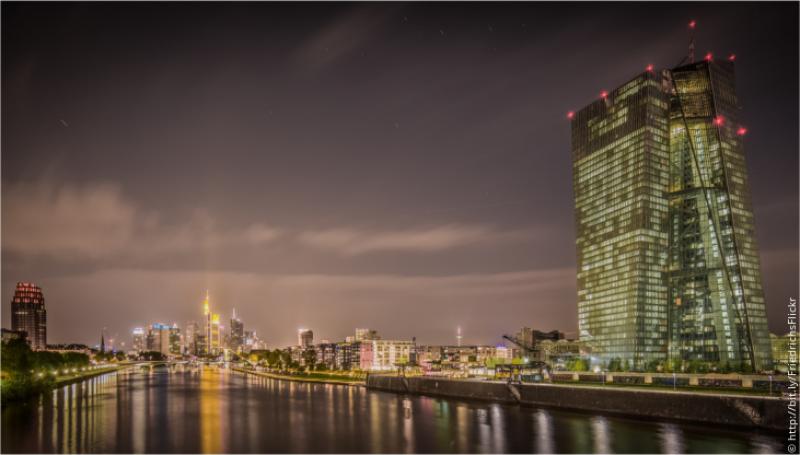 Scandals have failed to rein in top-level staff at the European Central Bank (ECB), who have become increasingly involved with the so-called Group of Thirty (G30). Following a complaint by Corporate Europe Observatory (CEO), the European Ombudsman today opened a new inquiry [link pending] to investigate this proximity between the bank and the G30 that consists of economists, central bankers and many senior representatives of the world’s biggest financial corporations.

CEO research has exposed a severe lack of critical distance between the ECB’s decision-making bodies and corporate bankers in the G30. As Europe’s central bank is tasked with regulating the financial sector and supervising other central banks in the Eurozone, any perceived or actual conflicts of interests pose a great risk to the ECB’s integrity. At the centre of the complaint is ECB President Mario Draghi, who is a full member of the G30, but other members of the governing bodies have also contributed to the group, including ECB Supervisory Board member Julie Dickson.

The launch of the Ombudsman’s inquiry comes after the ECB repeatedly dismissed Corporate Europe Observatory’s concerns and stated that it had done nothing to assess if staff’s deepening involvement with the G30 is in line with the bank’s ethics rules.

“If the European Central Bank does not take ethics seriously, how can they be expected to properly enforce monetary policy rules in the Eurozone? Our research shows that high-level ECB staff are much too close to representatives of the banks they are meant to supervise, and that the info they give out at G30 meetings goes unchecked.

“It is important that the Ombudsman is now also looking at this proximity between ECB bankers and corporate representatives in the group. All EU institution need to ensure transparency and avoid conflicts of interest – that goes for the ECB as much as it does for the European Commission and the European Parliament. The ECB has become a much more powerful institution lately, and it seems the ethics procedures in the Bank do not match this development at all.”