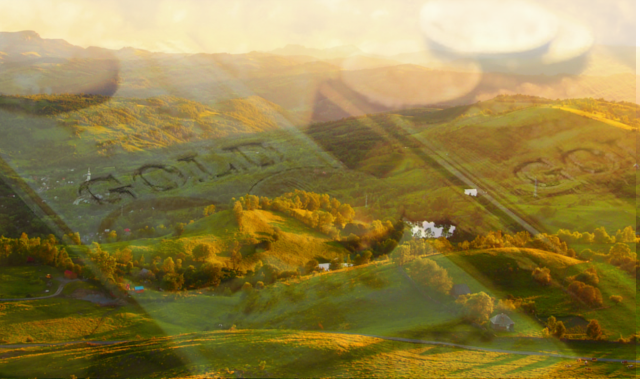 Ahead of Wednesday’s final European Parliament vote on the Canada-EU Comprehensive Economic and Trade Agreement (CETA), a new report shows the devastating effects the agreement could have on EU member states whose citizens and courts block harmful mines. A lawsuit over the controversial Roşia Montană mine in Romania highlights governments’ vulnerability to expensive investor-state challenges attacking member state decisions to protect the environment and people’s health.

A day before the European Parliament votes on the Comprehensive Economic and Trade Agreement (CETA), a new report co-published by Corporate Europe Observatory (CEO), ‘Gold-digging with investor-state lawsuits’, warns against the trade deal’s facilitation of multi-billion investor claims. The case study focuses on the controversial Roşia Montană gold mine, the suspended development of which has led Canadian mining company Gabriel Resources to sue the Romanian state under the terms of agreements with investor rights similar to CETA.

The proposed cyanide-based goldmine in the Romanian town of Roşia Montană has faced strong community resistance due to its negative impact on the environment, the local economy and the region’s cultural heritage. It is on hold after Romanian courts invalidated several required permits.

Over this, the project’s majority owner Gabriel Resources is suing Romania at a World Bank-based international investment tribunal, seeking a reported US$ 4 billion in compensation for the alleged failure of the country to issue the necessary permits.

In their new report, CEO, MiningWatch Romania, the Independent Centre for the Protection of the Environment and Alburnus Maior - a community organisation from Roşia Montană - compare the mining company’s claim with the legal provisions under CETA. The case study finds that the deal’s far-reaching investor rights could lead to a flood of similar lawsuits by North American companies against the EU and its member states, including US investors with subsidiaries in Canada.

“The battle over Roşia Montană shows how investor privileges in trade agreements can be used to undermine democracy and the rule of law. Romanians opposed the mine and our courts have declared it illegal.

“But Gabriel’s investor-state claim could now force the government to open the mine anyway, or to make Romanian taxpayers fork out billions in compensation. If there ever was a wake-up call to reject the parallel legal system for corporations that is also part of CETA, this is it!”

“CETA’s VIP rights for foreign investors are essentially a massive corporate coup. They will newly empower tens of thousands of corporations to claim vast amounts of public money and to bully decision-makers.

“At a time when the number and size of investor attacks against countries is on the increase, it is just irresponsible to back more corporate privileges by including them in an EU-wide trade deal.”

The report’s publishers are calling on members of the European Parliament to stand with the millions of people across Europe who oppose the parallel legal system for corporations and reject CETA.