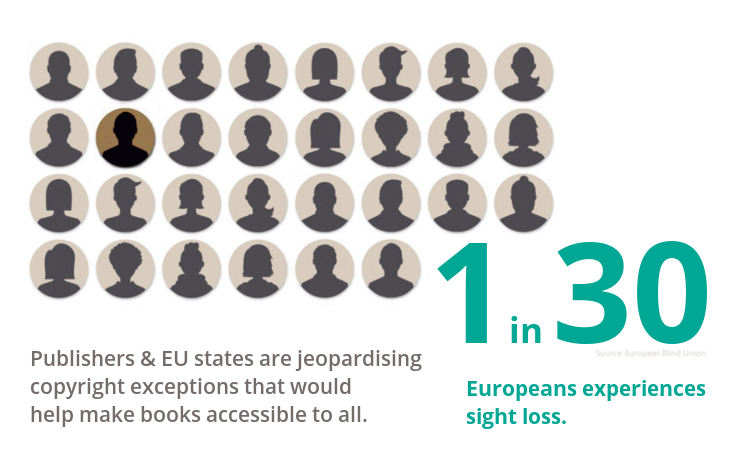 After a four-year delay, the EU is looking to ratify the international Marrakesh Treaty to make a greater range of print publications available in accessible formats for visually impaired people. But ahead of a key parliamentary committee vote and Council meeting on the Treaty, the extent and potential harm of industry and member state lobbying on the issue is already excessive, new research by Corporate Europe Observatory shows.

Many campaigners have praised the Marrakesh Treaty as a milestone for equal access to reading materials since it was agreed in 2013, as it introduces copyright exceptions to enable greater production and dissemination of print publications in accessible formats. But while countries such as Canada, India, Mexico and Australia have already ratified the treaty, the European Union only signed in 2014 and has just recently begun to prepare the next steps.

Corporate Europe Observatory’s new analysis shows how certain EU member states and Members of the European Parliament (MEPs) have sought to prioritise the economic interest of the publishers’ lobby over support for print-disabled people. As preparations for ratification are underway, Germany and the United Kingdom in particular have been pushing amendments that risk to undermine the provisions of the Marrakesh Treaty.

In a shocking move, the German government directly lobbied Parliament’s rapporteur on the Marrakesh Treaty to promote one of industry’s key demands. The publishing industry swiftly followed up on this favourable intervention with further lobbying.

In the context of the upcoming 23 March vote on the Marrakesh Treaty in the European Parliament’s Committee on Legal Affairs and a relevant Council decision expected a day earlier, two elements of the proposed amendments are especially worrying:

“Germany and the UK are especially guilty of promoting the publishing industry’s demands when they should instead champion the rights of the millions of visually impaired people. Several amendments that MEPs have tabled for Thursday’s committee vote as well as for recent votes in other parliamentary committees, reflect the same lobby arguments.

“The European Union is one of the biggest producers of special format books. Without member states on board to ratify and implement the Treaty in a way that ensures its spirit, the EU risks entrenching the ‘book famine’ for visually impaired people worldwide.”