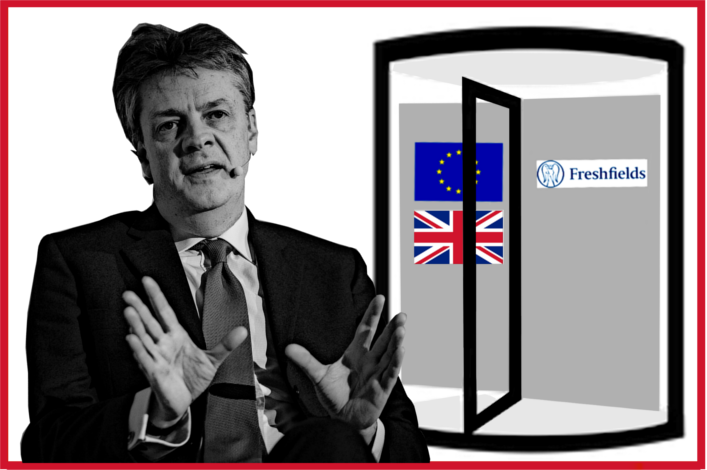 "The appointment of UK ex-EU financial commissioner Hill at law firm Freshfields is the kind of job that proper revolving doors rules would have prohibited. The firm is essentially a lobby actor and advisor on EU financial regulation with several UK financial industry clients.

"So assuming the weak conditions imposed on Hill would prevent any conflicts of interest is ridiculous. Instead of authorising his move with meagre, unenforceable conditions, the Commission should have rejected it.

"And with Article 50 to be triggered today, the timing of the authorisation is also quite bizarre, as lobbying around the Brexit negotiations cannot be ruled out."

- The EU Commission's notice about ex-EU Commissioner Hill's approval can be accessed here.

- Revolving door issues have been following Jonathan Hill since before he was appointed as EU Commissioner in 2014. Previously held positions in public relations firms had rendered him an unsuitable choice for the EU Commission's top financial and banking policy post from the get go. When MEPs quizzed him about his past roles as part of the confirmation process as Commissioner, he refused to answer any questions about his former financial lobby clients."