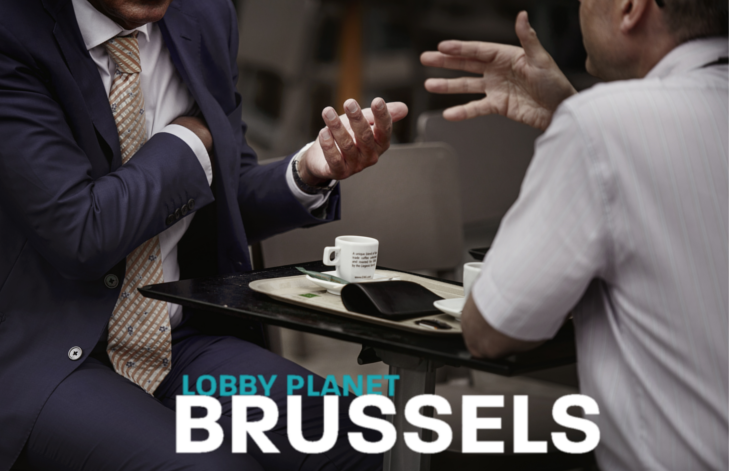 The city of Brussels is famous for beer, fries, chocolate – and lobbying. On the occasion of its 20th anniversary, lobby monitoring NGO Corporate Europe Observatory (CEO) today published its “Lobby Planet”, a guide to the often murky world of EU lobbying.

After the first 'Lobby Planet' was published in 2004 and its popularity grew with every new edition, CEO has now completely overhauled its most wide-spread publication.

The guide gives readers an overview of the lobby scene in Brussels, explains who the roughly 25,000 lobbyists in town are working for, and shines a light on the sinister influencing tactics of many corporate lobby actors.

At its core, the new “Lobby Planet” is a travel guide designed to help readers discover the world of corporate lobbying in Brussels for themselves, either on the ground or from their sofa. Six geographic sections with accompanying maps make it easy to find one’s way around the city and learn about a total of 135 corporate lobby actors and their targets.

CEO explains the influencing prowess of each corporation, lobby consultancy, law firm, trade association and think tank covered in the guide, describes which policy areas they try to influence on whose behalf, and what consequences this has for public-interest decision making at the EU level.

For readers eager to learn more about the lobbying of a particular sector, such as the tech, tobacco, arms or agribusiness industry, the new “Lobby Planet”' also provides brief thematic sections. It closes with a jargon-busting dictionary to help navigate the often technical and acronym-laden language of the Brussels bubble, and suggests ways for citizens, journalists and civil society organisations to join the movement against the corporate capture of EU policy-making.

“The Lobby Planet guide gives citizens a crash course on corporate lobbying in Brussels. It takes readers on a tour to all major industry actors, and explains how the massive financial resources of industry lobbies as well as their often shady influencing tactics pose a risk to EU policy-making in the public interest.

“We hope that our guide book will inform, engage and inspire people to join the pushback against the corporate capture of EU politics.”