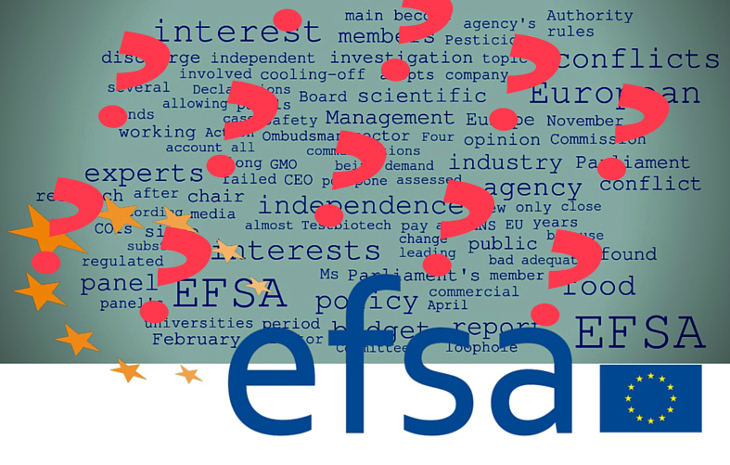 The European Food Safety Authority (EFSA) yesterday published its new independence policy. For years, the European Parliament and civil society had urged this key EU regulatory agency for a more stringent independence policy, especially with regard to more comprehensive conflict of interest assessments and an extended cooling-off period.

"This is an extremely important document and we welcome its publication after all these years. The new policy features some improvements in terms of transparency, and the rules around consultancy, managerial roles and scientific advice have been tightened.

“Thanks to EFSA's Management Board intervening in the drafting process, research funding is also no longer excluded from the two-year cooling-off period. Whether this is a genuine reform remains to be seen. The conditions under which the cooling-off period is applicable to research funding look set to never result in the refusal of an expert’s appointment on these grounds.

"Unfortunately, EFSA's new policy generally seems to be holding on to the biggest loopholes from its previous rules. This limits the effectiveness of the improvements that have been made.

"For now, central details about the new policy have been left unclear. The press release issued by the agency presents the policy document in a way that makes it look as if the agency has addressed the main demands of the European Parliament. This would have been a major achievement for everyone involved.

"But our analysis of the new policy shows that actual improvements are likely very limited. The scope for assessing conflicts of interests for experts on EFSA's scientific advice panels appears to remain much too narrow, which would render it unfit to phase out financial conflicts of interests in the agency.

"To inject the new independence policy with the meaningful improvements alleged by the agency's press release, EFSA's Director needs to specify these in the document's implementing rules. The screening of experts' Declarations of Interest in light of the agency's entire remit, and no longer only of the specific mandate of the panel considered, must be spelled out."