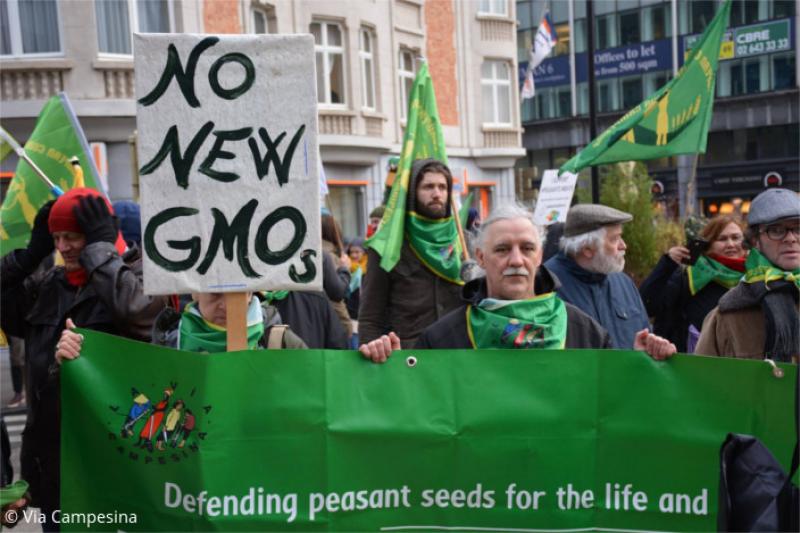 The European Court of Justice (ECJ) today gave the first indication of how it will classify foods and crops derived from new genetic engineering techniques.

The opinion issued by one of the ECJ’s Advocates General noted that even if all food and crops derived from new GM techniques were to be considered genetically modified organisms (GMOs), he keeps the door open to some of them not being subject to the same risk assessment, labelling, and monitoring as existing GMOs [1].

Mute Schimpf, food and farming campaigner at Friends of the Earth Europe said: “Farmers and consumers across the EU expect that any new approach to producing food and crops should be fully tested to make sure they are safe for the public and the environment.

“They will be counting on the European Court of Justice to not uphold today’s opinion, and instead makes sure that all new genetically modified foods and crops are properly regulated.”

The ECJ is expected to make its final ruling in the coming months, taking into account the opinion published today. The case was referred to the EU court by the French Conseil d’État, after French organisations including Les Amis de la Terre/Friends of the Earth France had filed it at the national level. [2]

Corporate Europe Observatory’s agriculture campaigner Nina Holland added: “The safety of this new generation of GM crops remains completely untested and must therefore not be exempted from existing safety rules. Our common interest in food safety, farmers’ rights and protecting the environment must come before the biotech industry’s interests.”

Scientists, consumer groups and NGOs have called for this new generation of GM products to be regulated under existing laws. [3] Public opinion surveys in the EU have consistently shown a lack of appetite for GM products.

Mute Schimpf, food and farming campaigner at Friends of the Earth Europe: mute.schimpf@foeeurope.org / +32 893 10 38

European Network of Scientists for Social and Environmental Responsibility (ENSSER) statement: Products of new genetic modification techniques should be strictly regulated as GMOs.

Trans-Atlantic Consumer Dialogue: EU and US consumers call for regulation and labelling of products derived from new genetic engineering techniques.