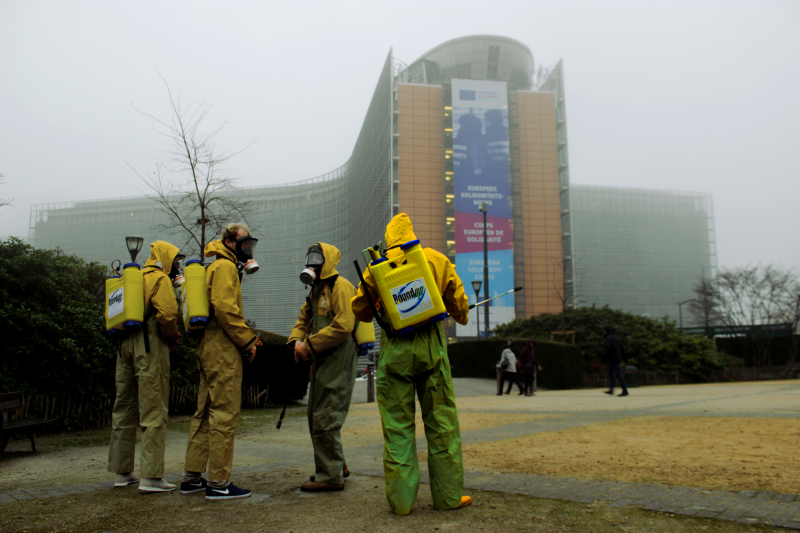 More than 100 civil society organisations and institutions including Corporate Europe Observatory, as well as 25 individual experts, have banded together as Citizens for Science in Pesticide Regulation, a new European coalition launched today, which demands a comprehensive reform of the EU pesticide risk assessment system.

Given the window of opportunity created by the current European Commission review of EU pesticide regulation, the EU Parliament’s ongoing investigation of the Union's authorisation procedure for pesticides, and the Commission’s recent proposal to increase transparency in European food law, the coalition calls on European regulators to overhaul the risk assessment system, as it has so far failed to protect people and the environment from harmful pesticides.

“Much of our food and environment is contaminated with traces of harmful pesticides although EU rules have been promising drastic improvements for almost a decade. The current risk assessment is quite simply failing us.

“The reason for this is the heavy involvement of big pesticide corporations like Bayer-Monsanto, Syngenta and BASF in the EU risk assessment process, which currently allows them a big hand in the design of testing methods and the writing of safety reports for their own products. At the same time, scandals like the Monsanto Papers have shown that these pesticide manufacturers bully concerned politicians and smear critical independent scientists.

“As Citizens for Science in Pesticide Regulation we are calling on European regulators to bolster the current pesticide risk assessment and risk management system against industry influence and are proposing concrete steps to help create a non-toxic future.”

“As a result of the pesticide industry driving the risk assessment procedure, many tons of harmful pesticides are used in Europe today, and the volumes are increasing even when scientific evidence from public research shows they are not safe. This must come to an end.”

“EU pesticides law already requires substances to have no harmful effects on humans and animal health– but evidence from the field proves that the rules are not respected. The authorities in charge need to remember their obligations under EU law. They must change the way they assess and authorise pesticides to make sure that people and environment are effectively protected.”