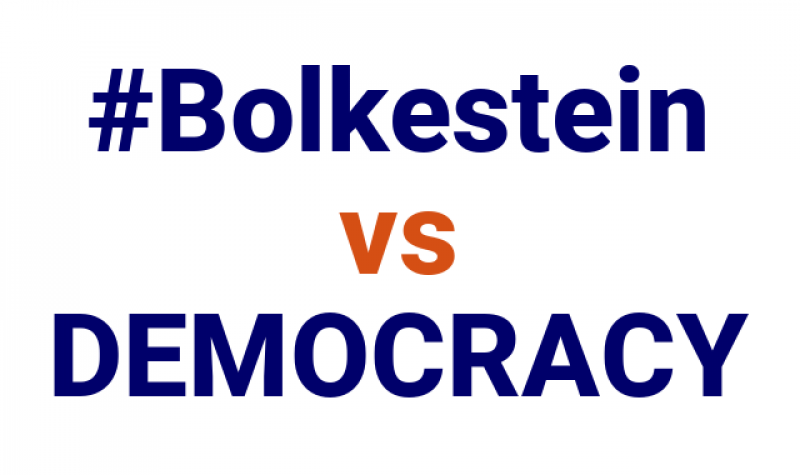 Fresh opposition has been voiced against a highly controversial EU policy negotiation overseen by the new Romanian EU Presidency in the coming weeks: 160 mayors, parties, trade unions and NGOs, including Corporate Europe Observatory, today wrote to the Presidency to underline their strong concerns about the ‘Services Notification Procedure’.

The draft directive, proposed by the European Commission, seeks to force public authorities (incl. municipalities) to undergo a mandatory Commission-led process for advance approval of any new rules affecting services. This would give the Commission de facto veto power - a major change from the current notification system.

In addition to 127 NGOs and trade unions, 25 political parties running major cities in the EU and 8 French, Spanish and Danish mayors have joined today’s open letter. They reject the proposed directive as “disproportional and at odds with the subsidiarity principle” and strongly criticise the Commission’s proposal for restricting the democratic space of municipalities, especially concerning progressive city-level initiatives (e.g. affordable housing protections against AirBnB or the de-privatisation of energy supply).

“Until recently, the proposed ‘Services Notification Procedure’ was almost unknown outside of the Brussels bubble. Now there is a snowball effect that sees the resistance against the proposal grow bigger and bigger across Europe, because the suggested changes are so outrageous and undemocratic. It is not too late to stop the directive.”

Several EU Member State governments have likewise opposed to hand the Commission such far-reaching powers: Italy, France, Spain, and Germany are among the governments rejecting this and other aspects of the proposed directive, which is part of the revision of the EU Services Directive (also known as the “Bolkestein Directive”).